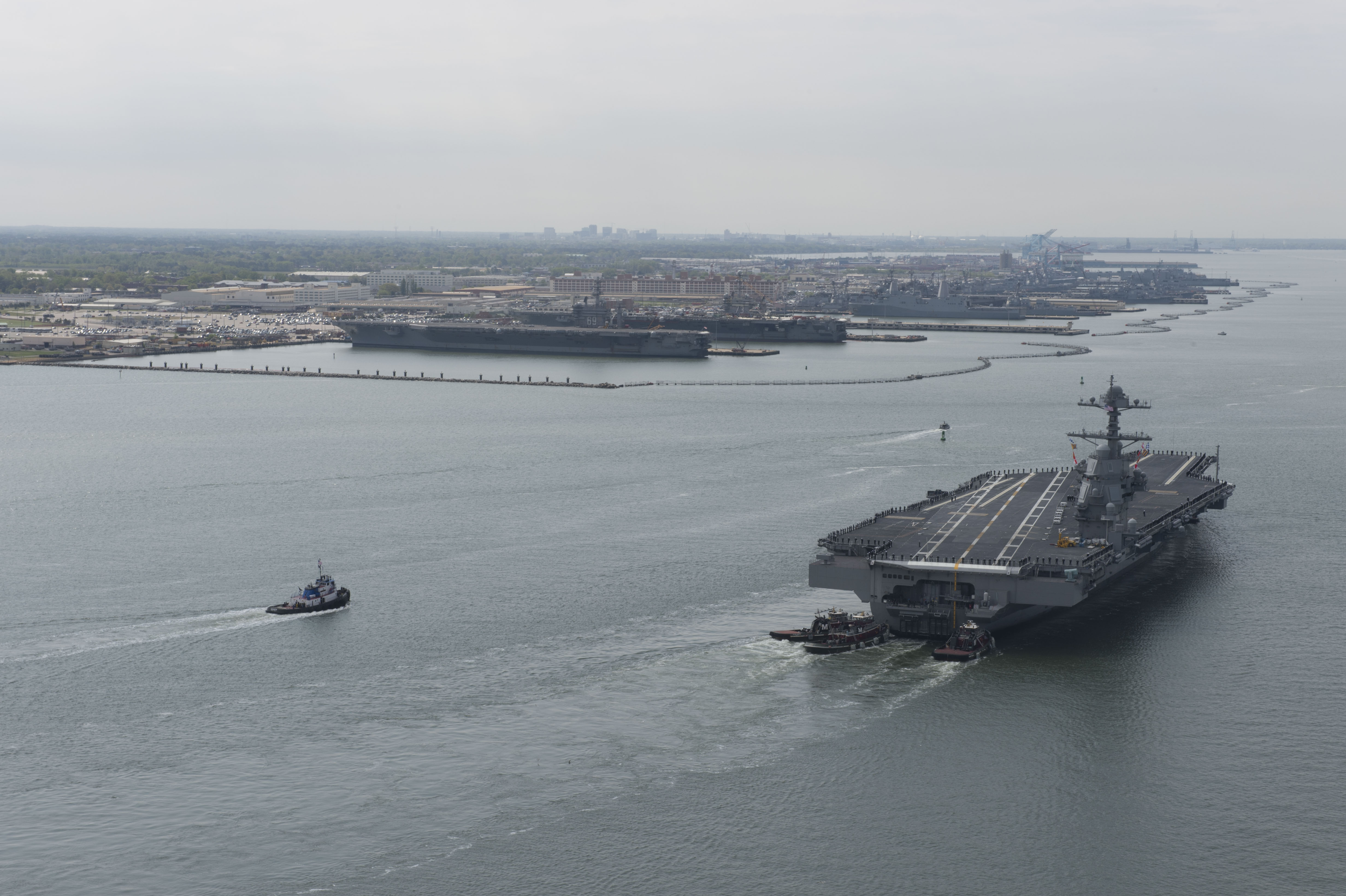 The Navy accepted delivery of the first-in-class aircraft carrier Gerald R. Ford (CVN-78) on May 31, following the completion of acceptance trials on May 26, the Navy announced today.

The carrier had been scheduled for a March 2016 commissioning originally, but technological problems with the advanced arresting gear and other first-in-class issues slowed delivery by a year and a half.

“Congratulations to everyone who has helped bring CVN 78 to this historic milestone,” Rear Adm. Brian Antonio, program executive officer for aircraft carriers, said in a Navy news release.
“Over the last several years, thousands of people have had a hand in delivering Ford to the Navy — designing, building and testing the Navy’s newest, most capable, most advanced warship. Without a doubt, we would not be here without the hard work and dedication of those from the program office, our engineering teams and those who performed and oversaw construction of this incredible warship. It is because of them that Ford performed so well during acceptance trials, as noted by the Navy’s Board of Inspection and Survey.”

Ford is the first carrier to deliver since 2009 and the first new-design carrier since 1975.

The carrier includes five major technological upgrades compared to the Nimitz-class carriers, including the Advanced Arresting Gear and the Electromagnetic Aircraft Launch System. A larger flight deck allows more aircraft, more fuel storage and more weapons storage. And its new propulsion system generates three times the electricity as previous carriers, which will allow the ship to bring in new technologies as they are developed going forward.

“Ford will be commissioned into the fleet this summer, formally placing the ship into active service. Following this, there will be a ‘shakedown’ period where the ship will conduct several at-sea events to provide longer underway periods for the ship’s crew to operate and train on ship’s systems. In addition, planned deferred work will be performed, and any deficiencies identified during trials will be addressed during in-port periods,” according to the Navy news release.
“Ford is expected to be operational in 2020 following achievement of initial operational capability.”