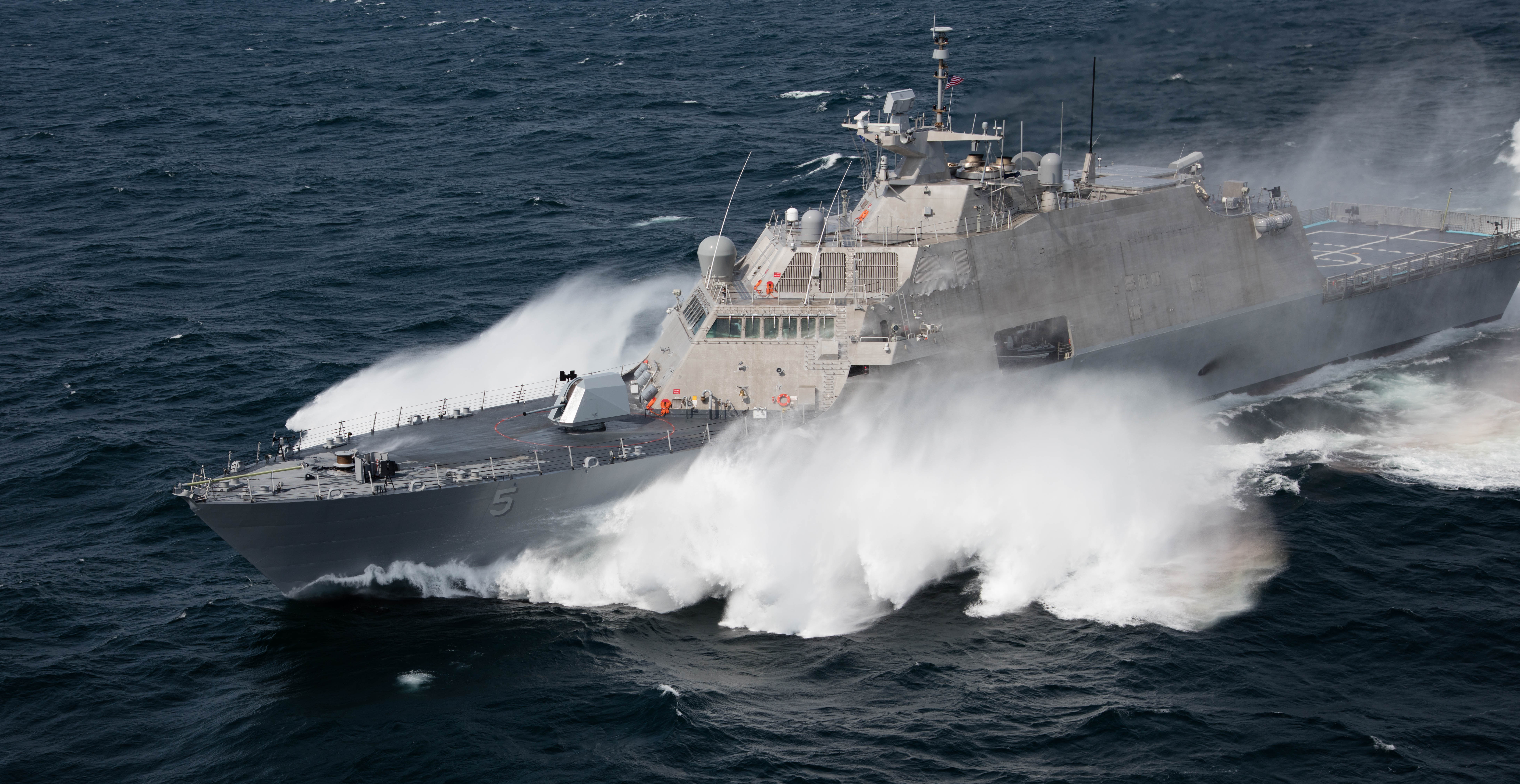 A Wisconsin senator lobbied the president to support the Littoral Combat Ship in the upcoming Fiscal Year 2018 budget request, noting the ship class’s contribution to both the Trump Administration’s push for a larger Navy fleet and its “Buy American, Hire American” policy.

Sen. Tammy Baldwin (D-Wisc.) wrote to Donald Trump on May 12 to seek “the inclusion of funding for three Littoral Combat Ships in your forthcoming Fiscal Year 2018 budget request.” Three ships a year has been identified as the lowest annual total to sustain the two shipyards that build the LCS: Marinette Marine, in Baldwin’s state of Wisconsin, and Austal USA in Alabama.

During a recent House Armed Services seapower and projection forces subcommittee hearing, Program Executive Officer for LCS Rear Adm. John Neagley told lawmakers that three LCSs a year would be most efficient from an industrial base standpoint, but he would not commit to saying how many the Navy would actually buy in 2018, ahead of next week’s release of the FY 2018 budget request. 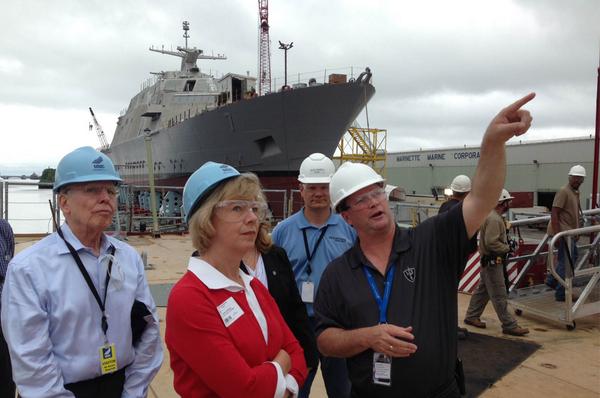 At risk, Baldwin writes in her letter, are thousands of American manufacturing jobs.

Baldwin goes on to note that the two shipyards are likely to compete for the frigate design and construction contract expected in FY 2021. Acting Navy Secretary Sean Stackley acknowledged that, while the competition is full and open to any competitor, having a hot production line could create a cost advantage for Marinette Marine and Austal. Baldwin’s letter notes that cuts to LCS now would hurt the yards’ ability to compete for that future work.

“Layoffs of this magnitude would have dire impacts on the ability of the Marinette shipyard and supply chain to compete for the Navy’s Frigate, which will soon follow the LCS,” she writes.
“That would result in reduced competition in the Frigate acquisition, driving up costs to the taxpayer, and harm to our national security by undercutting the strength of our domestic industrial base. Indeed, Secretary of the Navy Sean Stackley has testified about the importance of preserving industrial base jobs, noting that a failure to do so will ultimately harm the American taxpayer in the form of increased cost and decreased quality.”

Overall, Baldwin notes, the LCS program supports 2,200 jobs at Marinette, another 4,700 jobs in Wisconsin throughout the supply chain, and a total of 12,000 jobs in 42 states.

The Navy has been consistent in not getting ahead of its FY 2018 budget request and has repeatedly declined to comment on how many LCSs it would buy ahead of the frigate transition, and what the timing of that transition would look like. During the HASC hearing on LCS, director of surface warfare Rear Adm. Ron Boxall said to lawmakers and to reporters afterwards that all their questions would be answered in the FY 2018 request, set to be released on May 22.