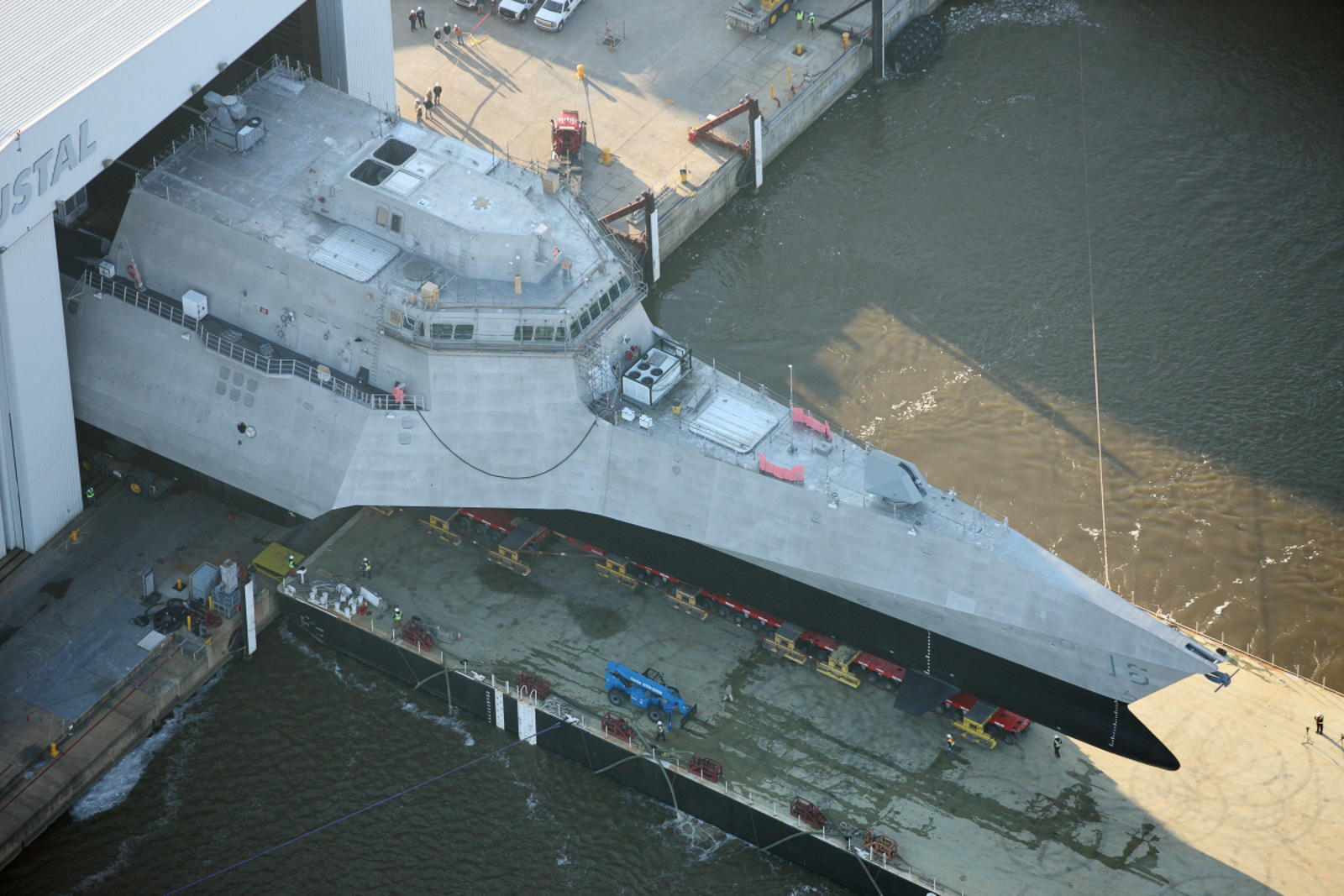 WASHINGTON, D.C. — As the Navy reworks its frigate requirements in the hopes of fielding a more capable ship for a more dangerous world, the two current Littoral Combat Ship builders may still have a slight advantage due to their hot production lines, the acting secretary of the Navy said last night.

Sean Stackley made clear that the Navy was engaging in a full and open competition for the frigate, to include domestic and international designs – anything that is mature, either an existing design or a derivative of one, that meets the specifications the service will release.

Still, in stressing maturity in the frigate’s design and weapons systems, Stackley said a mature production line may be an advantage.

“We’re going to put out our requirements: in a typical fashion they will be in the form of specifications. The shipbuilders will have the opportunity to take their existing designs or look at other designs and come back with a proposal, and then it’s going to be a best-value-type competition. So cost and capability will be factors,” Stackley told reporters after speaking at the U.S. Naval Institute’s annual meeting.
“If you’re an existing LCS builder, do you have an advantage or a disadvantage? I would say that you are in a competitive position because you have a hot production line, and so when you have a hot production line you have mature costs. Now that challenge is integrating new capabilities. I think full and open is full and open; it will be best value.” 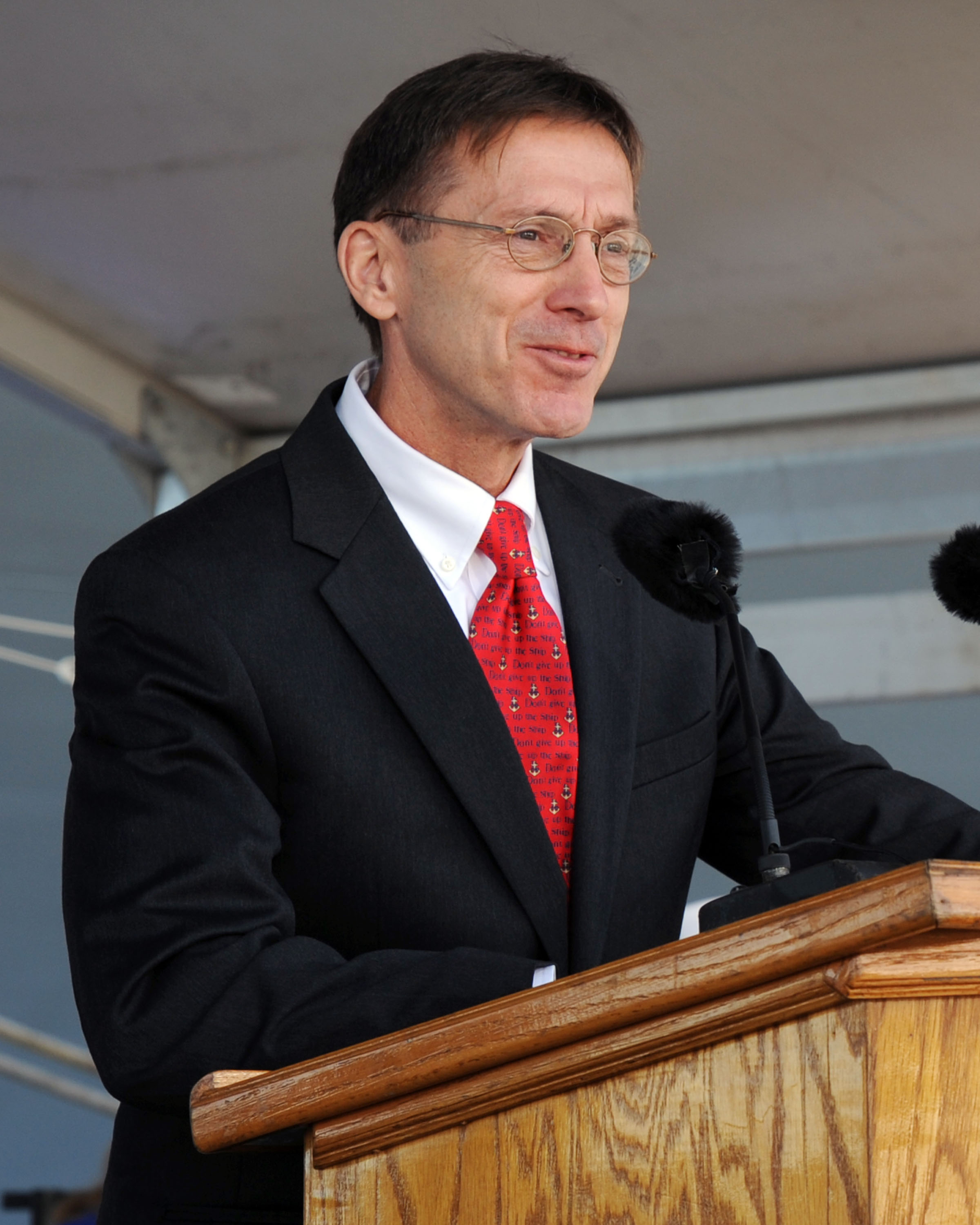 Though the U.S. hasn’t built a traditional frigate since the 1970s and 1980s, other countries around the world have. Stackley said the competition would be open to these designs, so long as the designers paired with an American shipyard for construction, with a few caveats. He said the U.S. Navy was looking for a higher level of survivability than many international frigates have today, so the designers would have to adequately alter them to meet all requirements. Additionally, he said the U.S. Navy would require all technical data rights.

“These are going to be U.S. Navy ships. We are going to have to have the technical data that’s required to sustain and modernize these ships,” he said.

During the U.S. Naval Institute annual meeting, Stackley told USNI News during a question an answer session that this frigate effort – including both a new requirements generation process and competitive acquisition process – would differ from the original 2014 study in many ways. In 2014, when then-Defense Secretary Ash Carter directed the Navy to curtail the LCS program and move to a more lethal and survivable frigate, “we were looking at different, frankly, different budget constraints, and different requirements in terms of the force structure assessment of the day.”

In a hearing last week, Director of Surface Warfare Rear Adm. Ron Boxall mirrored those comments, telling the House Armed Services seapower and projection forces subcommittee that “the Small Surface Combatant Task Force, the environment when they created that task force was, I’ll call it reactive in nature. We were responding to criticisms and to get to a more capable, survivable ship as quickly as possible. And there was also fiscal guidance that was given to them at the time.”

Stackley stressed that cost was still a major factor in this frigate acquisition effort. Still, Congress has loosened its purse strings in the past few years, signing agreements to ease Budget Control Act spending caps and using the BCA-exempt Overseas Contingency Operations funds to help pay for regular base budget needs. And the Trump administration has hinted at heftier Navy budgets to help grow the size of the fleet.

The acting secretary told USNI News that the idea to revisit the frigate requirements came out of last year’s force structure assessment effort to look at how many of what kinds of ships the Navy would need for the mid- and long-term.

“What motivated this, frankly, the [chief of naval operations]’s staff went through a force structure assessment and took a look at the future world, the world we will be operating in, and determined that while the frigate that came out of the 2014 study, its multimission capabilities are right, we need more. We need more in terms of the capabilities,” Stackley said.
“And the ‘more’ that we’re looking at is added air defense capability, added elements of electronic warfare capability, added survivability, and we’re looking at things like endurance. So yes we are looking at more – however, cost matters. And there will be a forced trade of capabilities based on cost. And time does matter too: we’re not going to throw this open to a clean sheet design. We don’t need a clean sheet design. We have a number of mature designs, U.S. and foreign, and so we don’t need to develop a new platform. What we need to do is identify the mature weapon systems we want to put on an existing mature platform, and the challenge then becomes are we ready to integrate, and then all the standard naval architecture weight and KG and all. But bottom line: mature platforms, mature weapon systems, we’re doing trades in terms of capabilities to go after what I described, added air defense capability, added electronic warfare, survivability. Cost matters. CNO’s going to determine what’s affordable, he’ll draw that line, we’ll make those trades. We’re going to leverage the maturity of the design so that we can get at what we need in terms of speed of fielding that capability.”