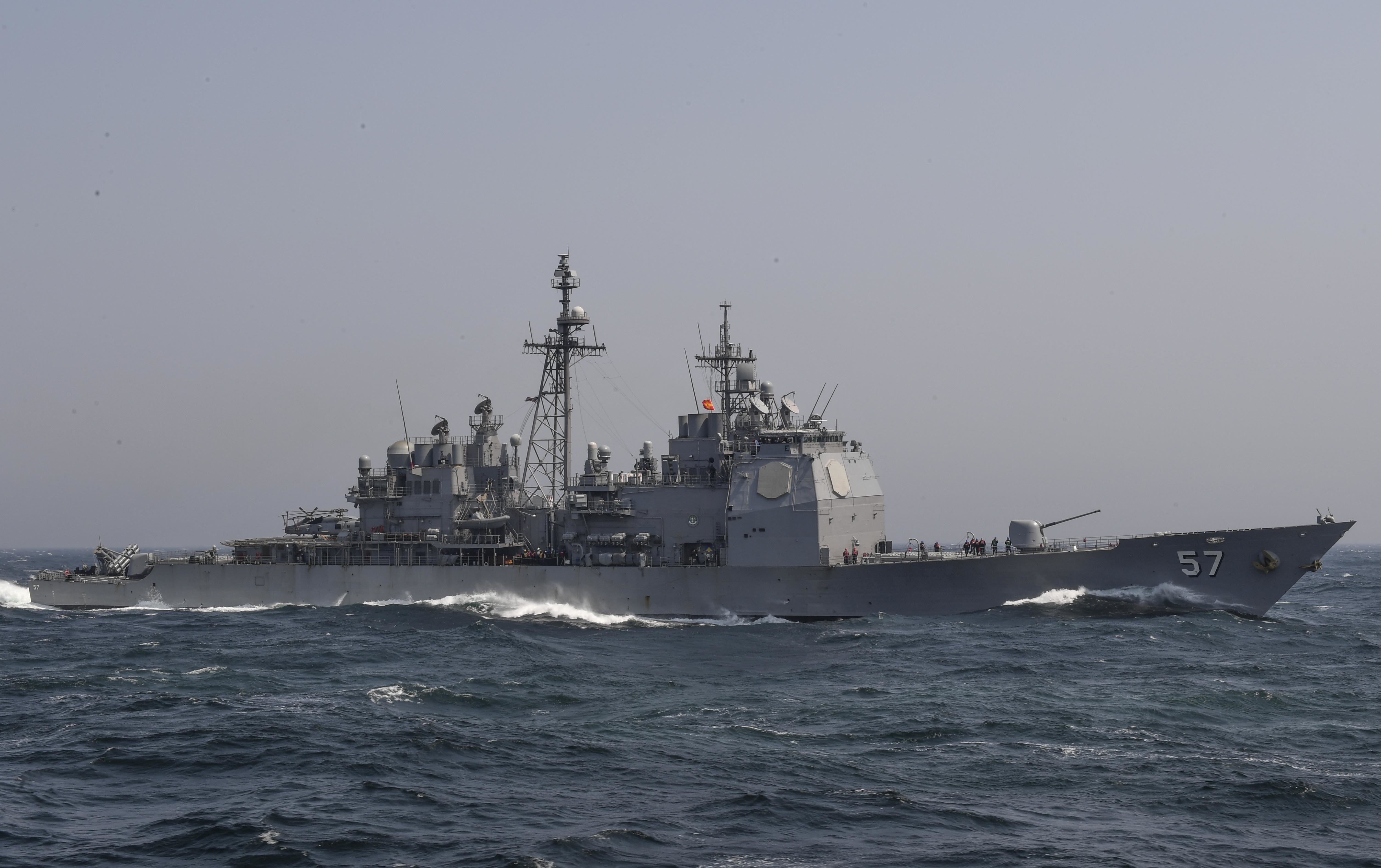 Guided-missile cruiser USS Lake Champlain (CG-57) and a South Korean fishing vessel collided in international waters east of the Korean Peninsula, the Navy said in a statement this morning. That fishing vessel lacked functioning radio or GPS and did not heed audio warnings, a defense official told USNI News.

Lake Champlain was conducting routine operations at the time of the collision with the 65-foot boat, 502 Nam Yang. No one was injured, and both ships were able to navigate under their own power afterwards.

The incident, which took place around 11:50 a.m. on May 9, 2017, local time, is under investigation by both the U.S. Navy and South Korean Coast Guard. Damage assessments are also underway, and the Navy statement did not comment on damage to Lake Champlain other than to say it was hit on the port side, amid ship. The defense official told USNI News that Lake Champlain appeared to have a small dent from the collision, and the fishing vessel had damage to its bow.

Visibility was limited during the time of the collision, the defense official said. Lake Champlain hailed the fishing vessel through its bridge-to-bridge communications with no success and sounded its horn, but the collision was not avoided. The cruiser was operating near USS Carl Vinson (CVN-70) at the time.

Lake Champlain was operating in the area as part of the Carl Vinson Carrier Strike Group, which deployed to the Pacific in January and was redirected towards the Korean Peninsula last month to deal with rising tensions with North Korea.