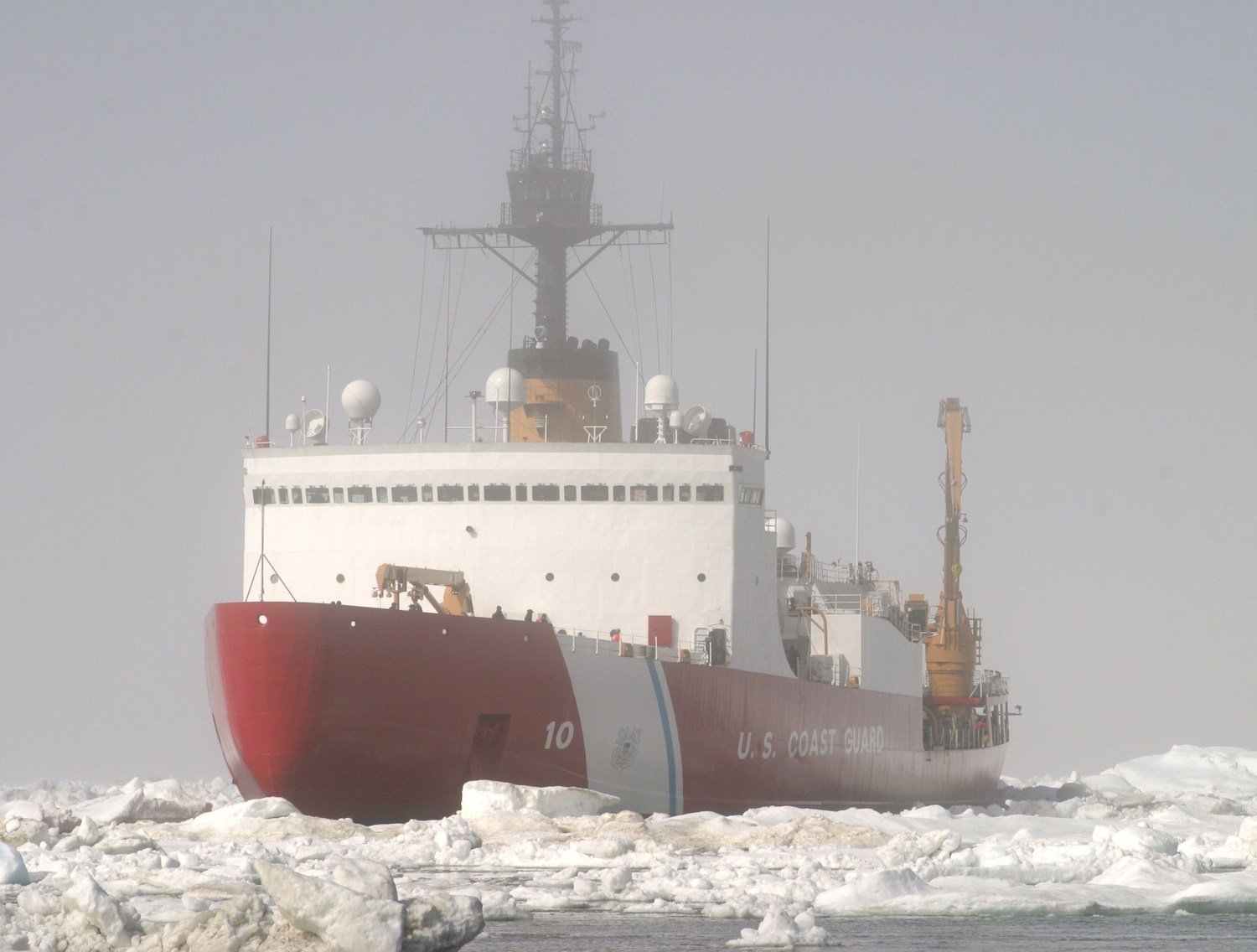 “If you do not have presence to exert sovereignty, you’re a paper lion,” the Coast Guard commandant said in explaining why the United States needs to build three heavy and two medium icebreakers to operate in polar regions.

Adm. Paul Zukunft, speaking Wednesday at the Center for Strategic and International Studies, said the loss of the service’s current heavy icebreaker – the 40-year-old USCGC Polar Star — would leave the U.S. without a key capability.

“It is the one aspect I lose sleep about,” he said.
“There are no heavy icebreakers that we can legitimately lease,” to replace the ship.

He added that reactivating Polar Sea would be very costly with no guarantee how long it could survive the work of breaking through 14- to 16-feet of ice to carry out a mission, such as resupplying the McMurdo Sound station in Antarctica.

In February, the Coast Guard’s assistant commandant for engineering and logistics Rear Adm. Bruce Baffer said the service would not refurbish the mothballed Polar Sea.

“Polar Sea is now the parts donor for Polar Star. When we looked at Polar Sea, the hull is in good shape but everything inside the hull was obsolete. There was not a thing inside that hull… that we could replace,” Baffer said.
“The hull is in good shape, but cutting from the top down and rebuilding the ship – virtually every thing on the ship, in place, stick built, it was just too expensive.”

Because there is only one heavy icebreaker, Zukunft said he also was concerned about burning out the current generation of ice captains and crew. “They live a life of 24 hours colliding with ice” and are away from home station for 300 days a year.

The Coast Guard has one medium icebreaker, Healy, in service. Plans call for it to remain in service as the new icebreakers are built and commissioned.

Although, “we’ve seen wide swings in our shipbuilding budget” over the years, “the funding is within the Navy’s budget now” for the new heavy icebreaker. He called for delivery by 2023. Five American shipyards will be bidding for the first contract. He added the icebreaking program is now a program of record for the base budget.

Getting the first one built as quickly and efficiently as possible is important, he said, and the Coast Guard is working with the Navy on the program.

When asked about Russian plans to launch two icebreaking missile corvettes in the future and possible militarization of the region, Zukunft said, “I would call it a me-first” approach. Moscow considers the Northern Route its territorial waters. The United States and China consider it and the Northwest Passage as part of the global commons. The Russians “have got all the pieces on the chess board” while the United States has only a rook and pawn in play in the Arctic, he said.

Cooperation among Arctic nations’ coast guards remains strong, particularly in safety, search and rescue and containing disasters. The United States and Russia, for example, are working together on delineating sea-lanes for the Bering Straits to increase safety there. Next year, the United States will launch two satellites to better enhance maritime awareness in the region.

While energy and mineral exploration continues, low energy prices make it too expensive to extract oil and gas; but he noted that energy prices could rise again. A rise in oil prices from about $50 a barrel to $80 a barrel would make drilling more attractive to nations and energy companies, he added.

That would increase human activity in the Arctic affecting the subsistence living of the indigenous peoples, dependent on fishing and hunting. At the same time, the continued melting of sea ice is opening the far north to more shipping — including cruise ships in a harsh environment with few facilities for medical care and spotty communications. He said one thing that was learned in a recent rescue exercise in Nome, Alaska that even taking in 20 patients would overwhelm health care facilities there. A cruise liner carries about 1,500 passengers and crew. A larger exercise is planned for Iceland next year. For safety reasons in northern waters, “we’re still doing international ice patrols,” started after the sinking of Titanic in 1912.

“The biggest problem” with communications there “is bandwidth,” and that affects all operations. The Arctic nations are exploring a possible information-sharing system to marshal all the resources available to respond to a disaster, but there are questions of national security that are not yet resolved.

On scientific activity in the far north, Zukunft said, “We probably know more about outer space than the Arctic.” He added only about 20 percent of the waters are charted to modern standards.