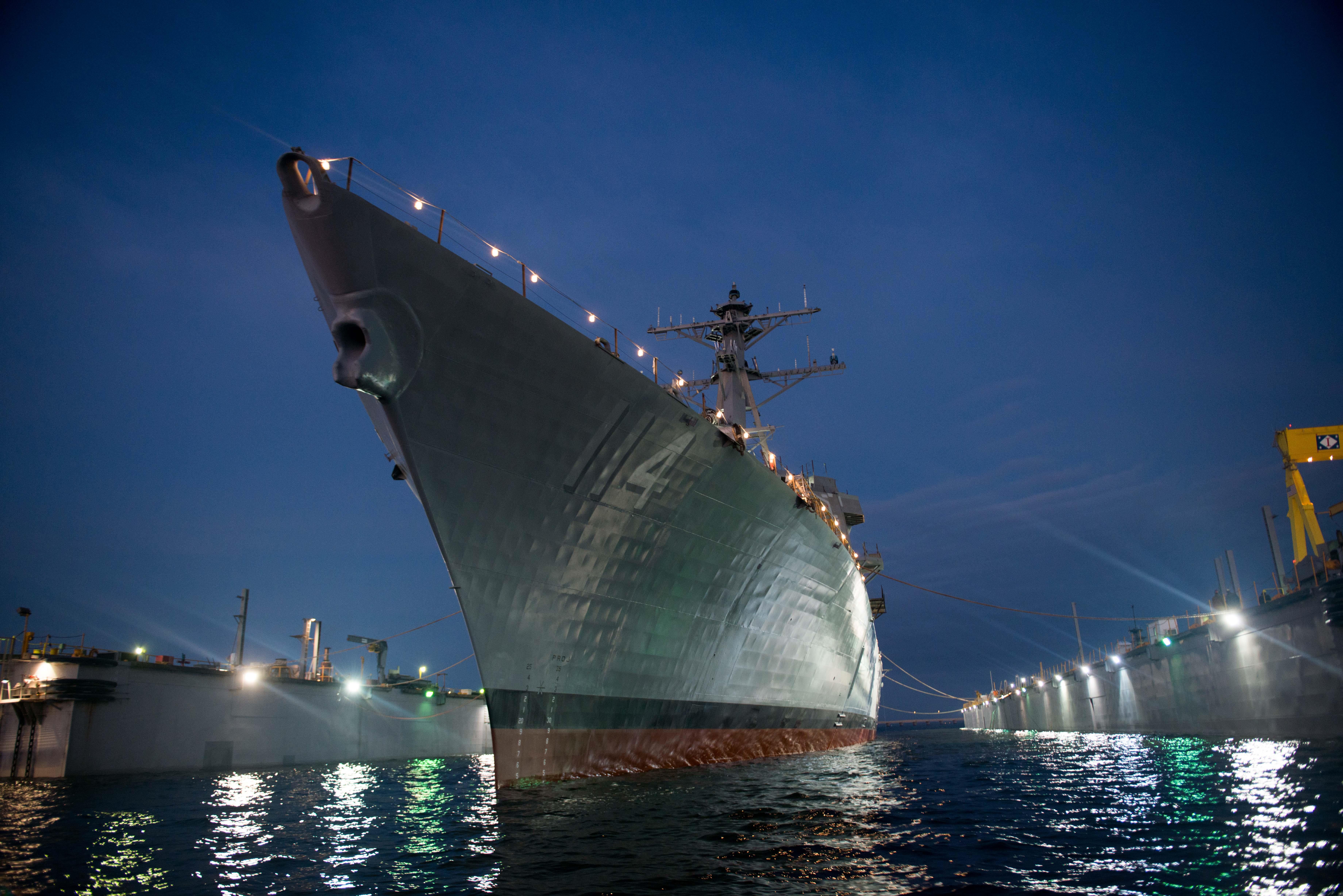 The Navy would have to spend $102 billion annually build, operate and maintain a 355-ship fleet over the next 30 years, according to a new report from the Congressional Budget Office issued on Monday.

The report, prepared at the request of the House Armed Services subcommittee on seapower and projection forces, outlines cost scenarios in how the Navy buys and maintains the 355-ship fleet the service announced it needed in 2016 – up from its current fleet of 275 ships.

“The cost to build and operate a 355-ship fleet would average $102 billion per year (in 2017 dollars) through 2047, CBO estimates, or more than one-third greater than the amount appropriated for fiscal year 2016 for today’s 275-ship fleet… That amount would be 13 percent more than the $90 billion needed to build and operate the eet envisioned in the Navy’s 2017 shipbuilding plan,” read the report.
“Meeting the 355-ship objective would cost the Navy an average of about $26.6 billion (in 2017 dollars) annually for ship construction, which is more than 60 percent above the average amount the Congress has appropriated for that purpose over the past 30 years.”

According to the CBO estimate, “the Navy would need to purchase around 329 new ships over 30 years, compared with the 254 ships that would be purchased under the Navy’s 2017 shipbuilding plan. In particular, over the next five years, the Navy would purchase about 12 ships per year.”

The CBO’s figures also included the estimated cost of ship maintenance and personnel for the new fleet. 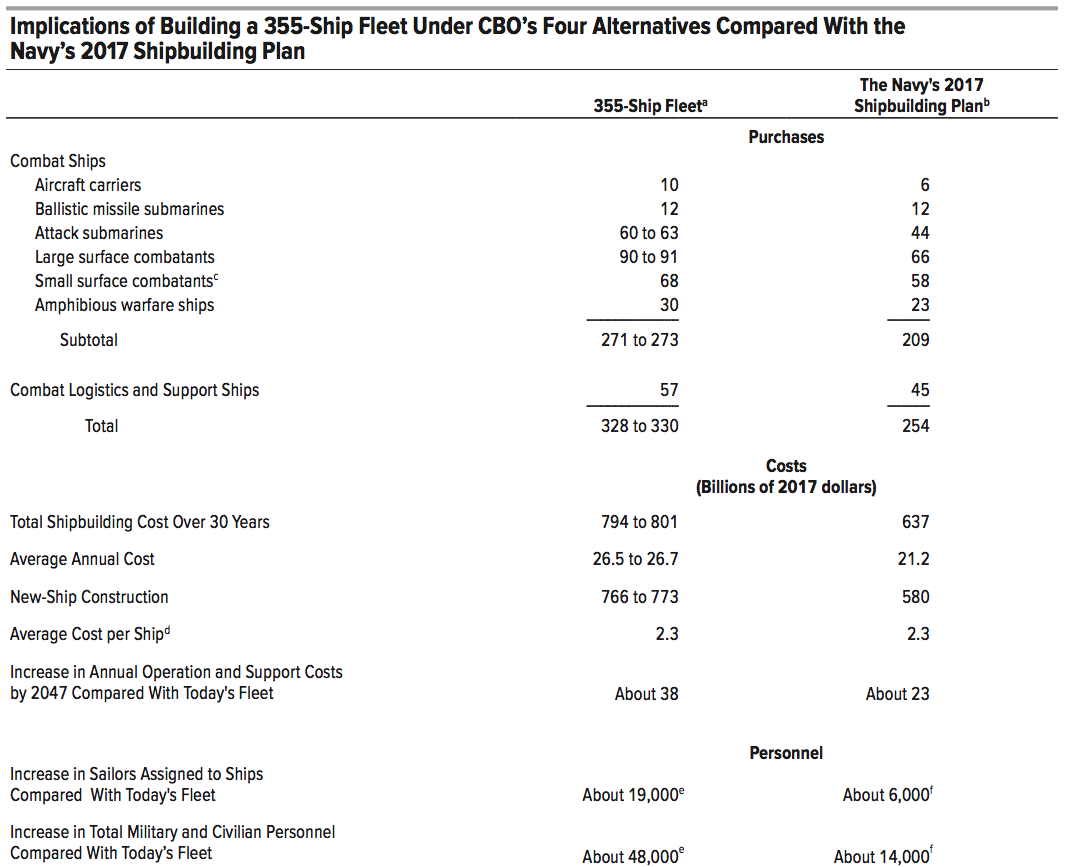 “By 2047, the annual cost in 2017 dollars of operating the Navy’s 355-ship fleet—regardless of whether the buildup took 15 or 30 years—would be about $38 billion (or 67 percent) more than the $56 billion the fleet of 275 ships costs annually to operate today. CBO’s projection of the steep increase in operating costs by 2047 results both from having a larger fleet and from the expectation that operation and support costs would grow faster than general inflation in the economy,” read the report.

Over the 30-year period the service would have to add 19,000 personnel and almost 50,000 civilians to handle the increased fleet size, CBO estimated.

The new CBO calculations follow the December release of the Navy’s Force Structure Assessment (FSA) in which the Navy revised its goal of 308 ships to 355.

The service called the number of ships the bare minimum it needed to undertake its strategic requirements and focused the plus-up in high-end combatants like guided missile destroyers and attack submarines.

While the Trump administration and the Navy agree on the basics of fleet size, the ability to get the money to pay for the plus-up is unclear. The CBO report makes clear how costly the new ships would be and notes the challenge of raising the funds, one naval analyst told USNI News.

The report “highlights the sustained greater investment needed to build up the fleet, both in procurement and readiness,” Bryan Clark, with the Center for Strategic and Budgetary Assessments (CSBA) who was the lead author of a fleet architecture study at the behest of Congress, told USNI News.
“Its estimates are close to our fleet architecture study, which projected the larger fleet would cost about 15-20 percent more than the navy’s shipbuilding plan and about 30 percent more than the current fleet.”

While the administration has promised the plus-up, the complications of even basic funding of the military have yet to be ironed out.

The new CBO estimates come as the Senate is still stalled in passing a $578-billion Fiscal Year 2017 Pentagon budget and a $30 billion readiness supplemental and days before a continuing resolution runs out.

“Overall, this [report] shows the potentially insurmountable challenge naval advocates will face in growing the fleet. The Congress is hard pressed to pass a modest budget increase, much less a 30 percent budget increase to grow the Navy,” Clark said.