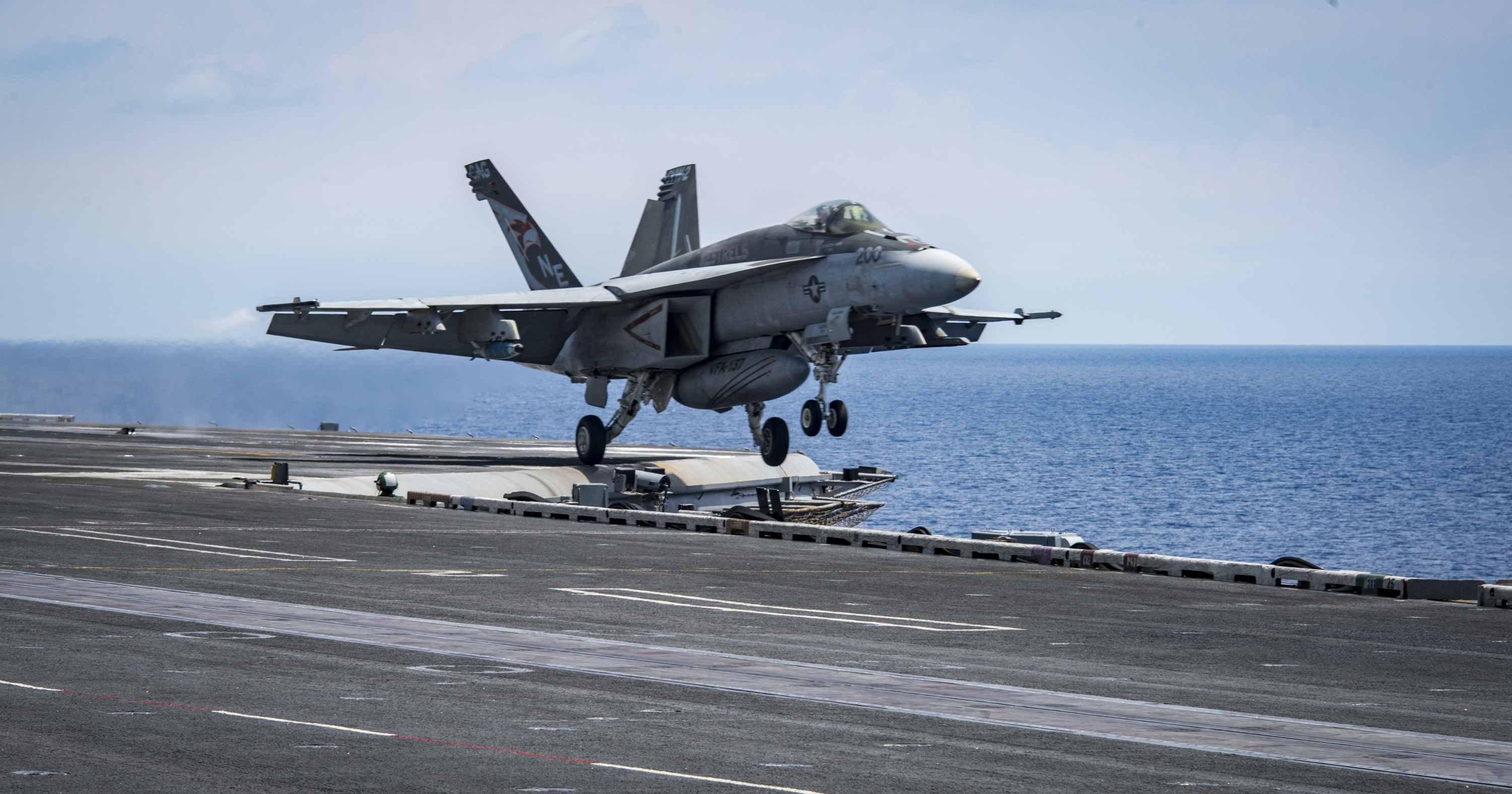 This post has been updated with additional information from U.S. Pacific Fleet.

The pilot of the aircraft assigned to Carrier Air Wing 2, ditched the aircraft in the sea, safely ejected and was recovered by a helicopter flown from Helicopter Sea Combat Squadron 4 “Black Knights,” according to a brief release from U.S. 7th Fleet.

“The incident is currently under investigation,” read the statement.
“The pilot is being assessed by the medical team on board USS Carl Vinson and there are no apparent injuries at this time.”

The Vinson Strike Group is currently in the Celebes Sea and is in transit north for previously announced presence operations off the Korean Peninsula.

The strike group recently completed a bilateral training operation off of the coast Western Australia with the Royal Australian Navy.

USS Carl Vinson — A pilot safely ejected and was quickly recovered by a helicopter assigned to HSC-4 aboard USS Carl Vinson while conducting routine flight operations during a transit in the Celebes Sea.

The incident occurred as the F/A-18E assigned to Carrier Air Wing 2 was on final approach to USS Carl Vinson. The incident is currently under investigation. The pilot is being assessed by the medical team on board USS Carl Vinson and there are no apparent injuries at this time.