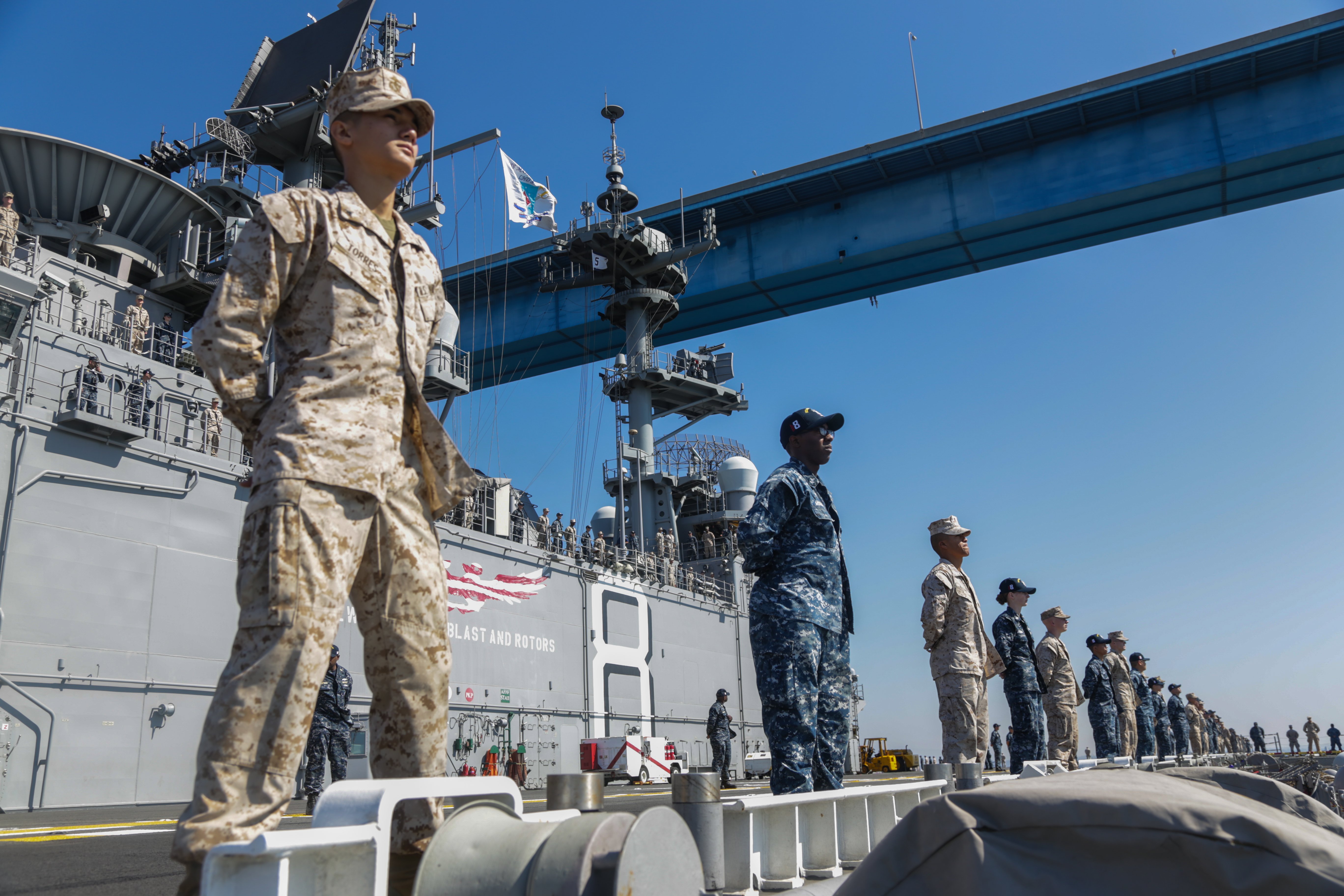 This post has been updated to include a statement from U.S Navy Chief of Information Rear Adm. Dawn Cutler.

In the wake of Navy and Marine Corps photo sharing scandals, acting Secretary of the Navy Sean Stackley issued new changes to Department of the Navy regulations that make sharing ‘intimate images’ without the consent of the photographed illegal under military law, according to an ALNAV message posted on Tuesday.

Violators of the regulation could face up to two years in prison and a punitive discharge for violating a lawful general order, according to the schedule of punishments in the U.S. Manuals for Courts-Martial.

“The addition of Article 1168 ‘Nonconsensual distribution or broadcasting of an image’ to Navy Regulations serves to underscore leadership’s commitment to eliminating degrading behaviors that erode trust and weaken the Navy and Marine Corps Team,” read a statement from U.S. Navy Chief of Information Rear Adm. Dawn Cutler which was provided to USNI News on Wednesday.
“It provides commanders another tool to maintain good order and discipline by holding sailors and Marines accountable for inappropriate conduct in the non-consensuall sharing of intimate imagery.”

The changes to the regulations affecting sailors and Marines follows the revelation in early March of the “Marines United” Facebook group which shared images of nude female Marines without the consent of those in the photos.

Shortly after the revelation of Marines United Facebook group, reports emerged of similar photo sharing rings in the Navy.

Following the discovery of the photo sharing rings, Navy and Marine Corps leadership have attempted to tackle the underlying cultural problems that allow for the behavior.

“The discovery of on-line sites that degrade the female members of our team has shined a light on the fact that this problem persists. But we get reminders of it every day, when we disrespect women by crude jokes, wisecracks, sexual harassment, and in its worst manifestation, sexual assault – a serious violent crime. Despite a steady effort to get after this, we’re not making progress,” Richardson said in a March statement.
“This demeaning activity offends so many of us because fundamentally, this is not how we treat true teammates. This is not how we treat fellow Sailors. We operate, and will fight, in our teams. We will depend on each other to protect and save our lives, to win.”

In a statement to the Senate Neller said, “we’ll take action to correct this stain on our Marine Corps. I have no illusions or delusions about how difficult that will be, but that doesn’t mean we’re going to stand by and watch it. It can’t go on anymore.”

While the Navy and Marines have struggled with reigning in the conduct of sailors and Marines, a group of female Marine has chided Facebook for not shutting down photo sharing groups quickly enough.

“Facebook has been negligent in removing pages, groups, and users, that actively promote non-consensual intimate photo sharing and incite sexual violence and harassment. For Facebook leadership to publicize their value to the military family, then ignore its complicity in the misconduct perpetrated by its users is, at best, naïve,” wrote Erin Kirk-Cuomo, co-founder of Not in My Marine Corps in an open letter to Facebook.

“At its worst, this failure directly contributes to the inescapable sexism that is part of the military culture.”

As to what good the new rules will do to solve the problem, one former Navy Judge Advocate General told USNI News on Wednesday that the new interim regulations would likely be difficult to prosecute in a court martial and might not achieve their intended effect.

Brian Bouffard, now a defense attorney in Ft. Worth, Texas, told USNI News the “reckless disregard,” stipulation in regulation would be the most applicable to the instances in Marines United but would be the most difficult to prove.

“They don’t bother to define what that means,” he said. In his reading, the subject of the photo, who might not know they’ve been victimized, might have to stand as a witness to testify they were “humiliated, harmed, intimidated, threatened or coerced,” he said.