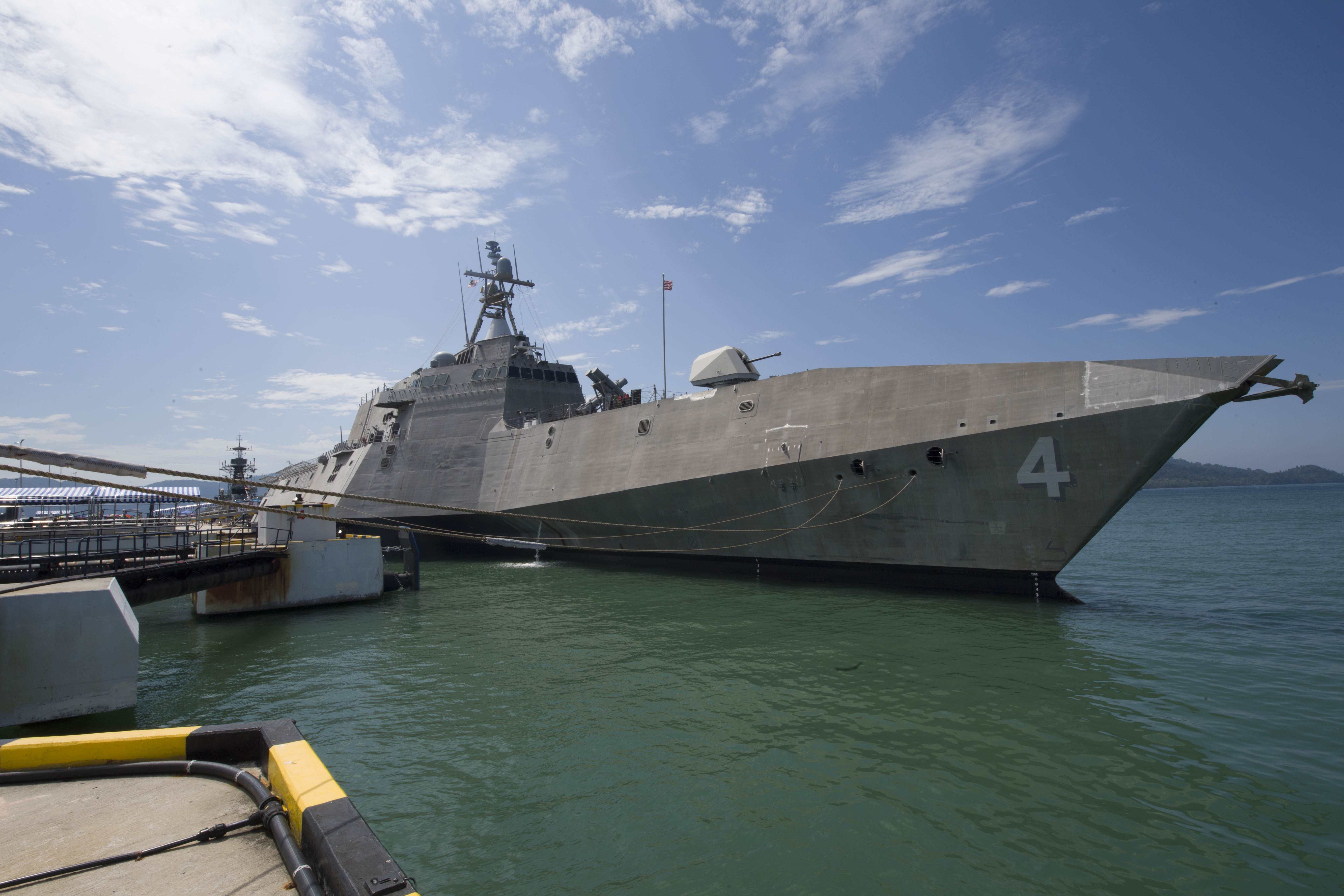 He said one of the purposes of the current rotational deployment of USS Coronado (LCS-4) was to prepare for multiple Littoral Combat Ships deployed through Singapore and in other locations and there was a growing need to ensure an effective and efficient maintenance program in the forward operating environment. Gabrielson said when Coronado arrived in Singapore, a comprehensive examination of the process and procedures for handling unexpected engineering casualties was undertaken. The examination revealed that based on past deployments, it took an average of 15 days to correct maintenance casualties.

He added, “our team got together and first of all looked at the operational requirements. We then asked ourselves how good do we need to be in order to maximize our ability to meet those requirements. We needed to have confidence that we could correct most propulsion casualty incidents within four days to ensure we can meet LCS operational schedules down the line”.

Gabrielson said the examination required a collaborative effort by the entire LCS enterprise, from the maintenance and support process comprised of a mix of navy, civilian and government contracted personnel along with original equipment manufacturers, to reduce the 15 day turnaround time for correcting maintenance casualties to an average of four days. Gabrielson said these efficiencies are applicable to wherever Coronado and future Littoral Combat Ships are deployed in the region and not just in Singapore. He also added that some of the conclusions that were reached included the relocation of personnel, support assets and spare part stocks to better support the operation of rotationally deployed Littoral Combat Ships in the region.

Coronado will be one of the U.S ships participating in an exercise code-named Pacific Griffin with the Republic of Singapore Navy, which will take place in Guam in August. “We’re still finalizing the details on that, but it will be a high-end exercise which will involve live-firing,” Gabrielson said.

In regard to the future presence of multiple Littoral Combat Ships to the region, Gabrielson said his team was ready and prepared to support these deployments.

“We’re in a good place with the work that has been done, the lessons learned and the avocation of those lessons, such as the 15 to four turnaround for casualty repair, and we’ll continue to do more to conduct preventive maintenance on these ships and seek ways to maximize efficiency and effectiveness in how we support them. We’re ready and excited to welcome multiple LCS to the region and put them to work, and there’s no shortage of meaningful work for these ships.”