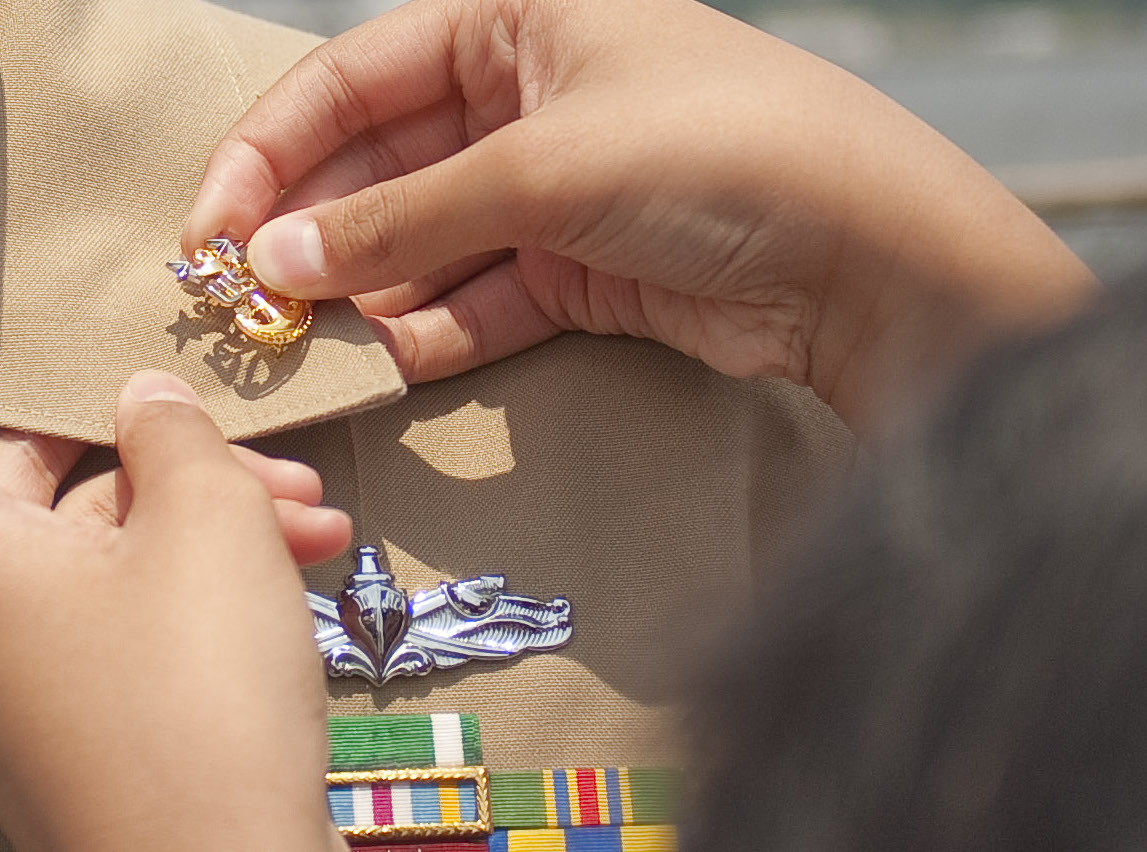 A sailor has his master chief petty officer collar device pinned during a promotion ceremony. US Navy Photo

The Navy is investigating allegations that a group of senior enlisted sailors colluded to influence the results of a selection board for the service’s next crop of E-9s, USNI News has learned.

Navy Personnel Command received an anonymous tip on Tuesday alleging some members of the 120 person board were communicating with those outside the board process to unduly favor some candidates for Master Chief over others.

“Enough information was validated to warrant further investigation by the Navy. As such, the Navy adjourned the board on April 12, 2017, and invalidated the incomplete results,” read a statement from Lt. Cmdr. Nate Christensen
“The Navy takes this incident very seriously and is investigating these allegations of wrong-doing by some board members.”

The board, which was convened on April 3 in Millington, Tenn., was tasked with reviewing the records of 3,418 Senior Chiefs for 506 slots for Master Chief.

Navy selection boards are designed to wring out personal biases and make promotion decisions based solely on documented performance and the needs of the service. That means any communication outside of the selection proceedings is cause to invalidate the process and start again.

In 2012, a clerical error that released information on the selection process ahead of schedule postponed the convening of an E-9 selection board by a month. In 2005 a Senior Chief selection board was invalidated because an unofficial list circulated via email, reported Navy Times on Wednesday.

However, the allegations received by NPC in this instance are more serious.

In a statement to Navy Times, Master Chief Petty Officer of the Navy Steven Giordano confirmed the investigation.

“The E-9 board has been adjourned and an investigation is underway,” he said. “All the members assigned to that board have departed and what we’ll have to do is convene a new board sometime later in the year — when that will be is yet to be determined.”