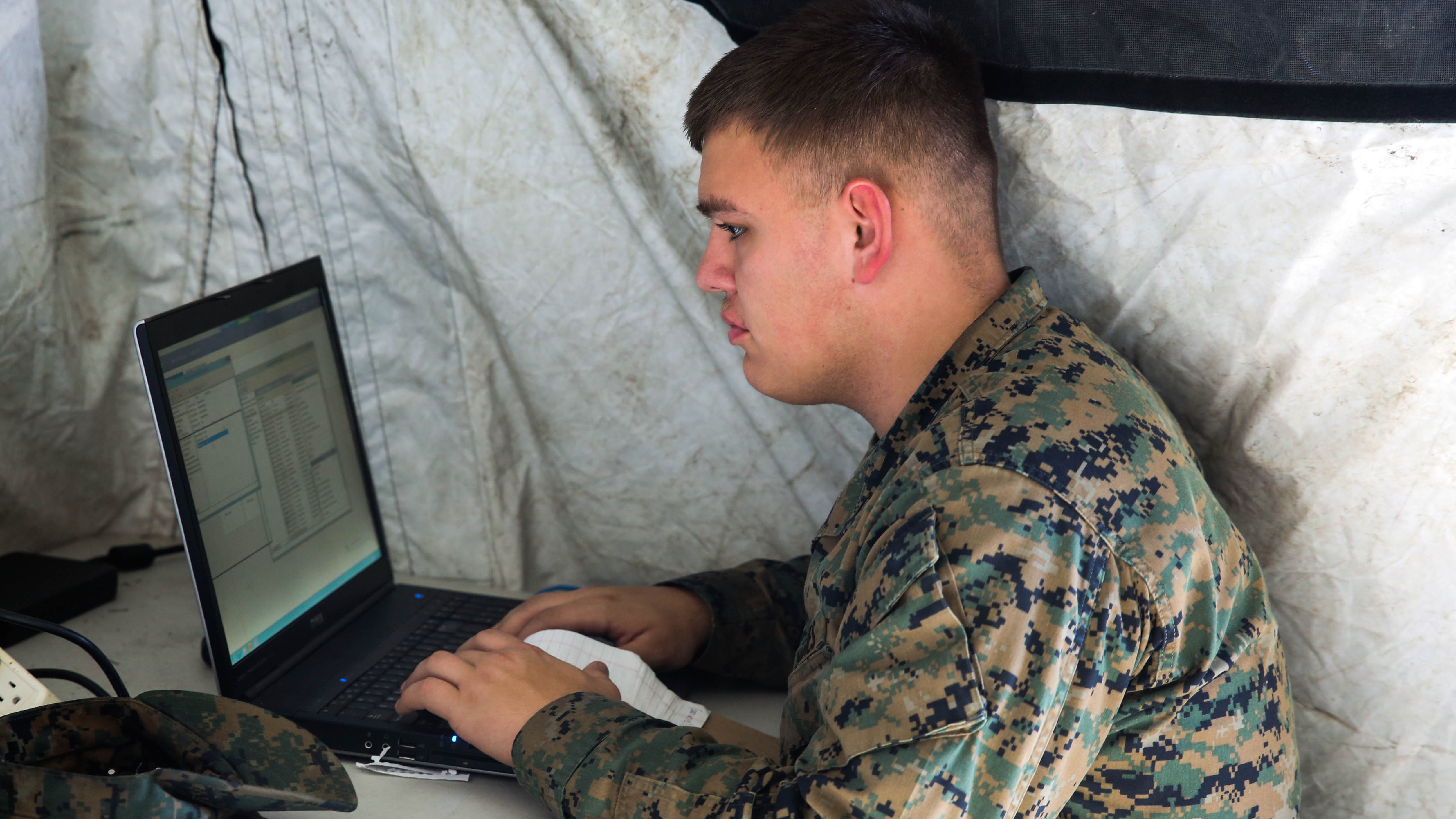 “First be a Marine, then a rifleman” and finally a cyber warrior, Maj. Gen. Lori Reynolds said on Tuesday at the Navy League’s 2017 Sea Air Space exposition.

Even though “the eligible population is shrinking” because they do not meet height, weight, strength, intellectual and moral standards of the service, the Marines will keep the same standards for those in the service focused on cyber.

“We’re going to look for everything” in a recruit, she said.

Speaking as part of a panel on cyber operations, Vice Adm. Michael Gilday, U.S. Fleet Cyber Command/10th Fleet, agreed and added, “You don’t have to wear a uniform to play in this game.”

Picking up on that, Rear Adm. Kevin Lunday, commander of the Coast Guard’s Cyber Command, said the emphasis should be looking at changing the personnel management system, such as the “blended retirement” plan now coming into play in the Defense Department as a way to attract qualified candidates. Changes like that offer recruits off-ramps so they can move between active service and a civilian career and possibly back to active duty. “That benefits both communities.”

The Marine Corps, for example, is also developing a career path for a cyber MOS.

The immediate planning challenge facing all services is the impact of another Continuing Resolution, rather than a budget. Vice Adm. Jan Tighe, director of naval intelligence, said it affects the Navy’s ability to move sailors from one position to another and also to hire new civilian workers. “This is not the way a competitive organization behaves.”
The Continuing Resolution “reduces your flexibility,” Reynolds added. “You’re managing risk rather than executing the plan.”

In looking at the broader challenges facing the services, government and private sector, Tighe said all “are inundated daily with malware,” designed to do everything from disrupting military operations to carrying out criminal activity.

Like the others Reynolds said the first step the Marine Corps took was “to flatten and harden its networks” from intrusions and attacks.

The focus of the U.S. Cyber National Mission Force is on Russia, China, North Korea and Iran, Rear Adm. Tim White, its commander, said. Instead of random intrusions, “they’re building what I call campaigns” to attack military, government and civilian operations. In answer to an audience question, he described it as a “less than advanced” threat using artificial intelligence, etc., “but persistent.”

They are simply not looking for “targets of opportunity” in these campaigns, Tighe added.

To better counter that coordinated effort by nation states, “you can’t just look at dot mil” for a solution, Gilday said. Dot gov and dot com can be of great assistance in cyber, an area where the private sector has taken the technological lead “with its speed of innovation.”

“Industry will be the key” because of its competitive nature, White said in answer to a later question. “You will find ways” to find a solution.

Allies and partners also need to be up to speed in cyber defense and offensive measures. “Clearly we’re not going to fight alone,” Tighe said. “We really need to be [able] to leverage” their skills and authorities, Gilday added.

Commanders at all levels have to be aware of cyber security. “This is the most connected generation” in history, Reynolds said.

How does that affect operational security? As an example, she said a number of commanders have told their civilians and Marines to leave their iPhones in their cars. The reason: the GPS function, identifying where the work was being done.

Tighe added steps like that are, “building that culture of accountability.”