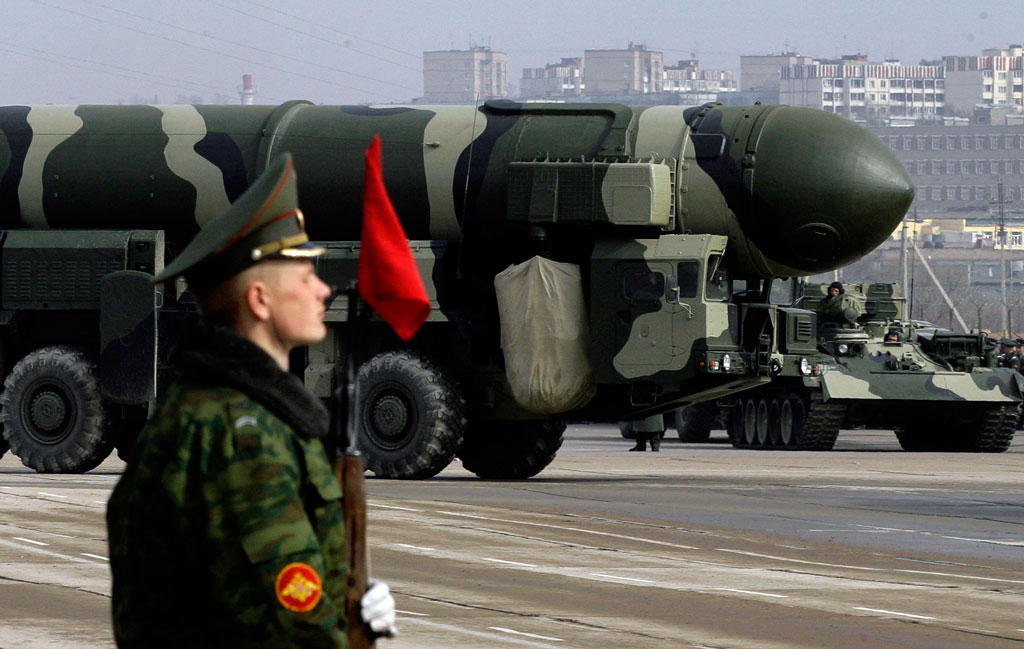 While the Washington and Moscow relationship is, “more tense, more difficult, more hostile” than it has ever been, an American think tank working with Russian counterparts believe it is possible to rebuild trust between the two by re-opening talks on issues large and small.

One key sticking point and possible flashpoint is how the two nations view the deployment of medium-range land-based cruise missiles inside Russia and the positioning of Aegis Ashore ballistic missile defense system in Eastern European NATO countries.

Speaking Thursday at the Washington, D.C.-based Center for Strategic and International Studies, Sergey Rogov, scientific director of the Institute of U.S. and Canadian Studies at the Russian Academy of Sciences, said the Kremlin and Washington view each other’s moves as violations of the Intermediate Range Nuclear Weapons Treaty.

“If INF collapses” in the dispute, “most likely START [the 1991 Strategic Arms Reduction Treaty] will too. That will be extremely dangerous” with the possibility of miscalculation in a crisis by either side. Even in a world with a number of nations possessing nuclear weapons, there would be no treaty between the holders of 90 percent of those strategic weapons that control their placement or size of their stockpiles, he said.

Igor Ivanov, a former Russian foreign minister and now president of the Russia International Affairs Council, said the relationship “almost brings to life old ghosts of the Cold War” where there were no agreements. Instead there was a philosophy of Mutually Assured Destruction as warding off nuclear catastrophe.

“U.S.-Russian dialogue on nuclear weapons has to be resumed” or it sends a signal to other nations that Moscow and Washington are not concerned about their placement, numbers or possible proliferation to other countries.

“We cannot postpone solutions” on large issues such as Ukraine, nuclear weapons, weaponization of cyber and space and smaller issues like cooperation in the Arctic, business and economic ties even in the face of sanctions, or cultural and scientific exchanges.
“There is no alternative to cooperation,” Ivanov said.

Details on how to approach these issues will be in the soon to be released “Roadmap for U.S.-Russia Relations.” The project of finding ways to rebuild trust began in 2015.

Oleg Stepanov, director of the planning department in Russia’s ministry of foreign affairs, said. “More friendship [between leaders] brought us to a cautionary tale” that there were not enough ties to sustain a relationship. “The building was too flimsy to survive.”
The “great mistake” of the last few years “has been continued sniping at each other,” rather than expanding dialogue and listening to each other. This listening also applied to situations where there will likely be no agreement.

“Emotions fly high, and sometimes rationality is out of the picture” when it comes to tough issues such as suspected treaty violations, Crimea and Ukraine, Andrey Kortunov, director general of the Russian International Affairs Council, said.

Rogov added the danger is “policymakers believe their own propaganda” about the other side, treating them as enemies and letting emotions distort judgment.

Kortunov added in future discussions both sides should realize “unilateral concessions do not work” and not to expect them.

Taking small steps in Arctic cooperation and re-opening dialogue on issues where the two nations have worked together counterterrorism, especially after the Sept. 11, 2001 attacks on the United States would help restore trust and reduce the chance of misjudging one or the other’s intent in a crisis, Kathleen Hicks, director of CSIS’s international security program, said.
Olga Oliker, director of CSIS’s Russia and Eurasia program, said about Europe “this is at the heart of the challenges” facing Washington and the Kremlin.

The world today is very changed from the Cold War and no longer dominated by two nuclear superpowers. Major strategic targets now “could be attacked and destroyed by non-nuclear weapons,” another major reason to resume talks on a host of issues, Rogov said.