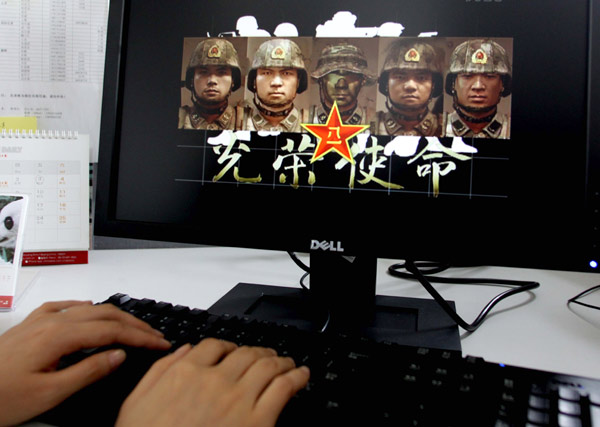 “Before horses and troops move,” China wants to have information dominance over its rivals, the author of a new book on Beijing’s approach to cyber and integrated network and electronic warfare said Monday.

To China, cyber “is a distinct subset of information operations” as they pursue the broader goal of information deterrence and dominance, Dean Cheng, the author of “Cyber Dragon” said at the Heritage Foundation on Monday.

The basic strategy is to enhance China’s power not only militarily but also economically.

Phillip Saunders, a China expert at the National Defense University, said Beijing “comes at [cyber and information operations] different than other countries.” It “controls all information inside China” by blocking Western news sources, establishing its own versions of eBay and social media. It also increasingly is trying to control information outside its borders.

China’s leaders see information as a tool “to remain in power” in the homeland and act as a world power far from its borders, Catherine Lotrionte, director of the cyber project at Georgetown University, said. Censorship makes sense in this regard because the leadership is focused on preserving and extending Chinese sovereignty as it pushes its territorial claims in the South China Sea.

Unlike the United States, Chinese leaders “don’t really respect the boundary between peacetime and wartime … in a way that’s challenging to us,” Saunders added. That blurring includes twisting definitions of law. Lotrionte said, “the United States does not operate with these blurred lines” between peace and war and civil and military authority.

In essence, the question becomes for Washington “when does the crisis start,” Saunders said. Complicating matters, he added, “We know little about how civilian leaders think about this [kind of warfare].” Three of the seven most senior Politburo members sit on the committee that oversees integrated operations that include conventional, nuclear, space, information, etc.

What is known, Cheng said are reforms affecting the People’s Liberation Army’s approach by organizing a Strategic Force to break down stovepipes between military functions.

This is becoming apparent in changes how China recruits officers, educates them, is willing to move them from position to position for promotion and broaden their experiences in joint operations, Saunders added.

In answer to an audience question, Cheng said, “The PLA exists, in part, as a wing of the party” in advancing Chinese power and influence, including economic.

Lotrionte said the United States and China have fundamentally different views of information and how to use it, even for deterrence.

As an example, Beijing sees “deterrence as coercion” to get its way while Washington sees it as dissuasion.

Another key difference, she said, is “We talk about the rule of law” while China talks about “rule by law,” using it to assert what it believes is its.

The Chinese also “believe there is a contest going on now” between Beijing and Washington across a range of issues. Lotrionte cited the indictment of several Chinese military officers for conducting corporate espionage on American firms as an American recognition of that. Despite the agreement between Presidents Barack Obama and Xi Jin-ping to end such spying by the military, she said it “doesn’t mean it wasn’t moved to its civilian equivalent of the CIA.”

Cheng said, in answer to a question, the immediate target of the most intense information operations is Taiwan.