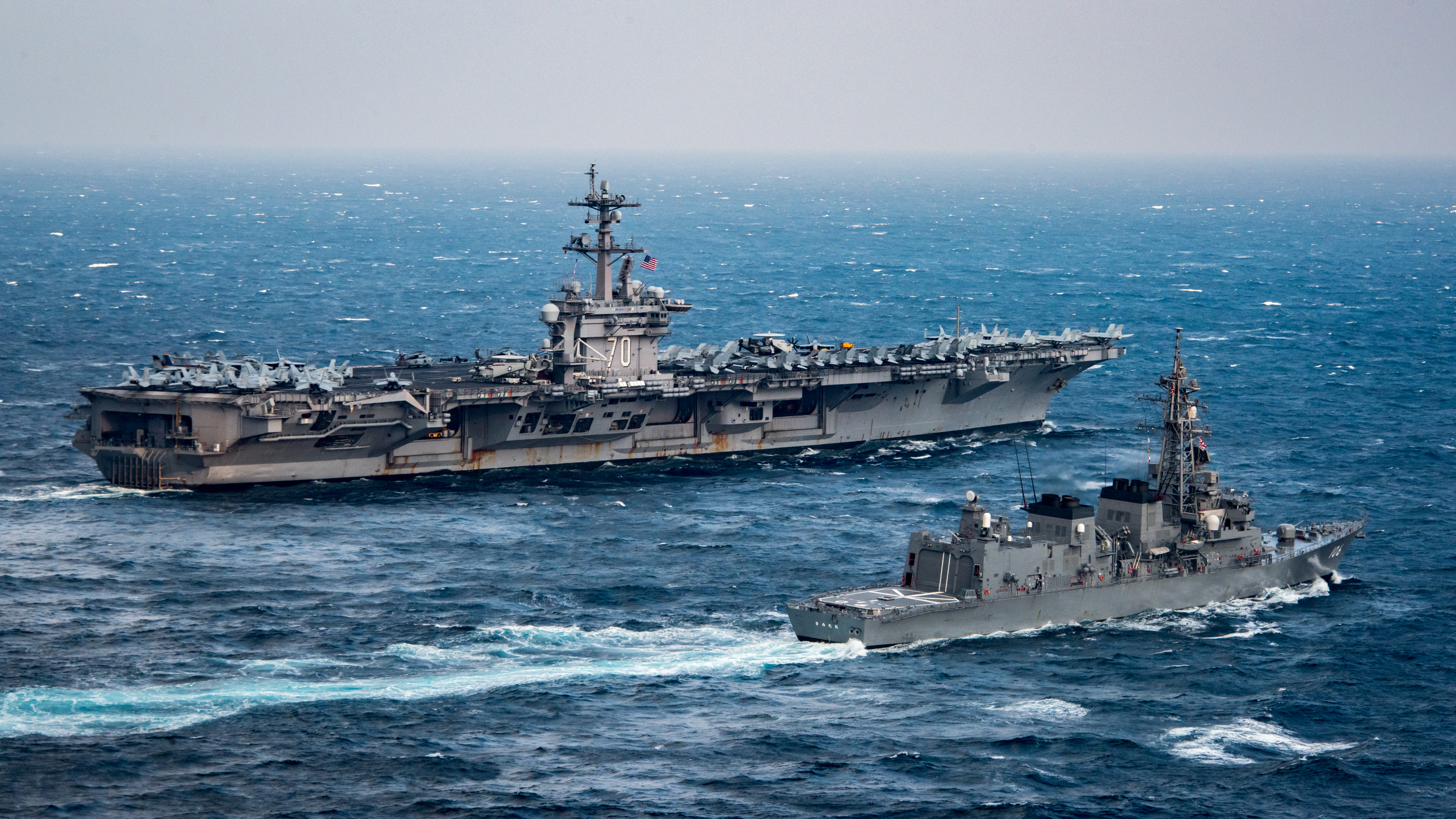 The carrier and its strike group will be part of the bilateral Operation Foal Eagle and Key Resolve 2017 exercise series that train for potential conflict with North Korea.

“Carl Vinson’s presence is another tangible example of how the ROK – U.S. Alliance continues to enhance interoperability and key capabilities to ensure security and stability on the Korean Peninsula and the region,” commander U.S. Forces Korea Army Gen. Brooks said in a Monday statement from the carrier.
“Seeing the crew in action and how the U.S. Navy conducts their operations while underway is always impressive.”

Key Resolve began on Monday and is, “scheduled to run through March 24, the drill is expected to be the largest ever in scale, with the participation of about 300,000 troops,” reported The Korea Herald.

Like last year, the allies will train to execute Operation Plan 5015 – the plan to deter North Korea use of weapons of mass destruction with a preemptive attack, according to local press reports.

Pentagon officials denied reports that the exercise would include the Naval Special Warfare Development Group, known as DEVGRU or SEAL Team Six that would train for a so-called “decapitation mission” as part of the exercise, reported Fox News.

The Vinson Strike Group deployment is being overseen by U.S. Third Fleet based in San Diego, Calif. as a test of the Navy’s ability to command and control forces in the Western Pacific, reported USNI News last month.