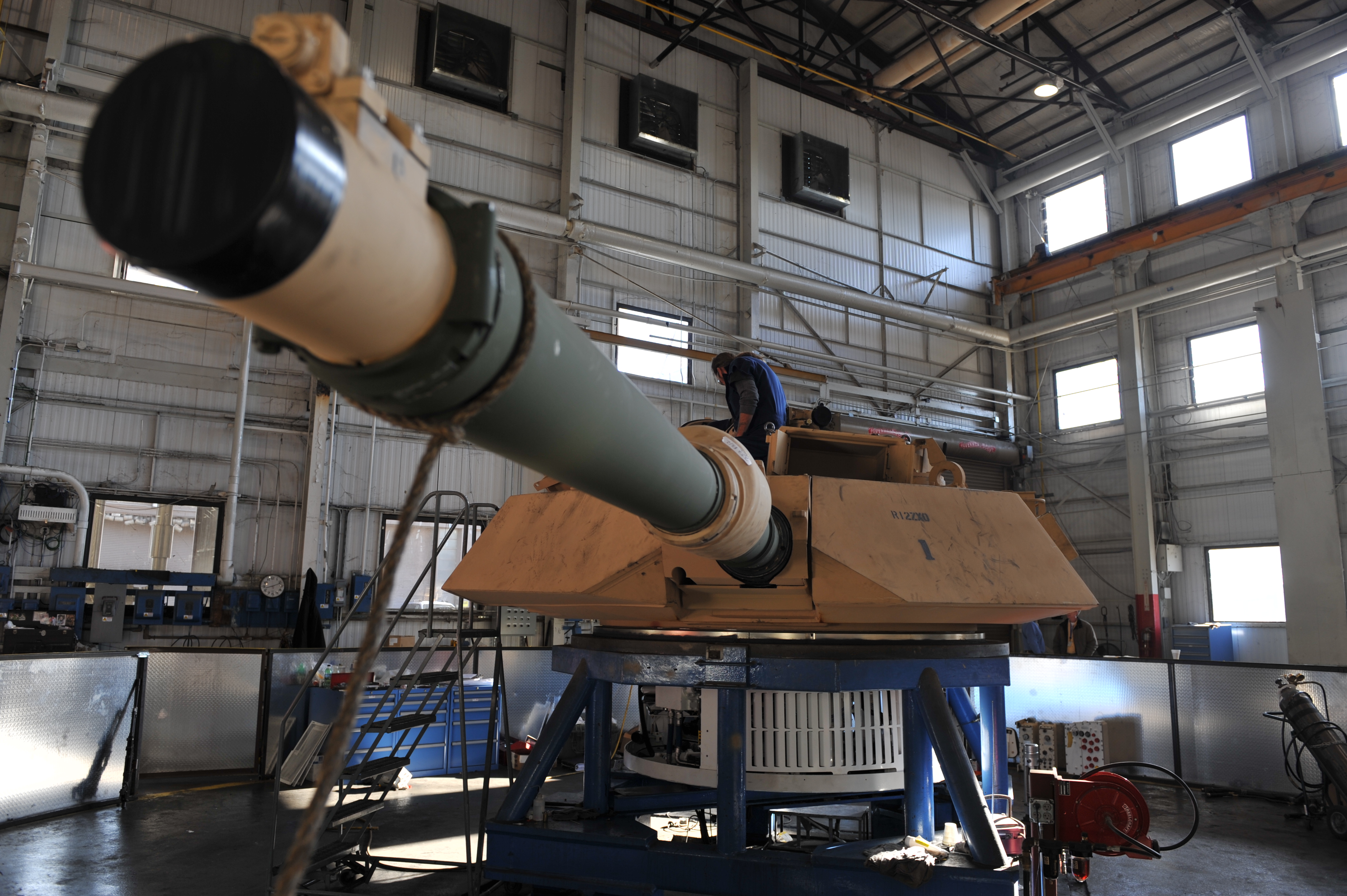 The turret for the first M1A1 SA/ED variant built at Anniston Army Depot goes through the final stages of testing. US Army Photo

The tide is turning in favor of increased defense spending and ending sequestration, the chairman of the House Armed Services readiness subcommittee told attendees at an American Enterprise Institute forum on Thursday.

The president, “has the commitment to the promises he made” during the campaign, and increased defense spending was one of his priorities. “The downward slide will be reversed.” Wilson cited the “existential” threat posed by Russia with its modernized forces, its seizure of Crimea and meddling in Ukraine and China’s “developing bases on what had been rock formations” as key reasons to raise the defense budget.

Sequestration “was intended to be catastrophic” and wasn’t intended to be enacted, Wilson said. But the cuts were put in place under the Budget Control Act of 2011.

“Just the word ‘sequestration’ has been so confusing to the public,” who want to see overall government spending come down. Wilson said many “did not know that 50 percent [of the cuts] came from one department, defense.”

Wilson said having newer members of Congress with military experience helps in explaining the need for more defense spending and the impact budget caps has on national security to other members and the public.

“Hope springs eternal; we are not going to give up” in ending sequestration.

To pay for the rise in defense spending, Wilson said there needs to be entitlement reform. He said he also favors a balanced budget requirement for the federal government, as many states have in their constitutions.

Wilson said it was important for Vice President Mike Pence to say “Article 5 means Article 5” in the NATO alliance, referring to a section of the treaty that an attack on one is an attack on all. He said the European Reassurance Initiative, which includes sending more American armored forces to the continent, is a “really clear demonstration of peace through strength.”

At the same time, Wilson, who was at the recent European security meeting in Munich, said the allies need to understand that spending 2 percent of their gross domestic product on defense was in their own best interest. “It’s amazing to me that Greece has made it [to the 2 percent threshold], but Germany has not.”

Five of the 28 NATO members spend two percent or more of GDP on national security. Wilson said he was encouraged by Sweden and Finland — who are not members of the alliance — have stepped up their defense spending.