Rep. Mac Thornberry (R-Texas) told reporters today that the FY 2018 base budget – not including spending for overseas operations – ought to be $640 billion to fund the right-sized force, operations and maintenance and capability upgrades requested by the Pentagon. In comparison, Budget Control Act spending caps allow for only $549 billion, the Obama Administration had planned for $584 billion, and Trump this week stated he wanted $603 billion. The last Future Year Defense Program (FYDP) written before the BCA was passed, before sequestration and spending caps hit, had the Defense Department spending a now-unthinkable $661 billion in FY 2018.

The delta of $91 billion in spending could come in a massive Overseas Contingency Operations budget if lawmakers cannot agree on a way to eliminate the BCA spending caps, Thornberry said, adding that, “as cumbersome as OCO funding is, it’s better than not getting any money.”

Thornberry said a “wide spectrum of the Republican conference” on the House side supports repealing spending caps on the defense budget, but it’s unclear if a majority would support it, and even less clear if the Senate could find a path that leads to even a partial repeal of sequestration. The chairman called using the OCO budget to support base spending needs an inefficient way of doing business but said he’d consider it as a last resort.

“There are lots of less-than-desirable options, I’ll try to figure out the best thing to do, but we just have to take those things as they come,” he said.
“But there’s no question that having base requirements met in an OCO budget makes it much harder for the Pentagon to plan and makes it harder to get industry to invest, and there are definite consequences to that approach. I still would say it’s better to get the money than not, but I hope we can all move towards a more predictable line of funding that will make the dollars we do spend more efficient.”

However the money comes, Thornberry was insistent that $640 billion is the number needed to create a whole force – one that stops a budget-driven Army drawdown, begins to grow the Navy fleet, invests in new airplanes to replace aging and maintenance-intensive ones, and funds sufficient training and operations time.

Thornberry gave reporters a chart showing unfunded requirements from Obama’s FY 2018 plan, and noted that relatively little of those requirements could be paid for under the Trump plan, despite Trump saying in his Feb. 28 joint address to Congress that his budget would be “one of the largest increases in national defense spending in American history.” In fact, Trump’s defense spending plan is only 3 percent larger than Obama’s and would have a modest impact on a military that is both trying to regain readiness and modernize – and in the case of the Navy, increase the quantity of – its planes, ships and ground vehicles, all while being stretched to provide sufficient presence around the globe.

Thornberry made clear this chart didn’t represent his priorities but rather was intended to show that Trump’s budget increase was not nearly sufficient to create a trained military with ready and modernized platforms.

“Obviously the priorities would have to be evaluated, I’m just trying to give you a little more feel for the kinds of things we believe need to be done and some relative dollar amounts for what it takes,” he said. 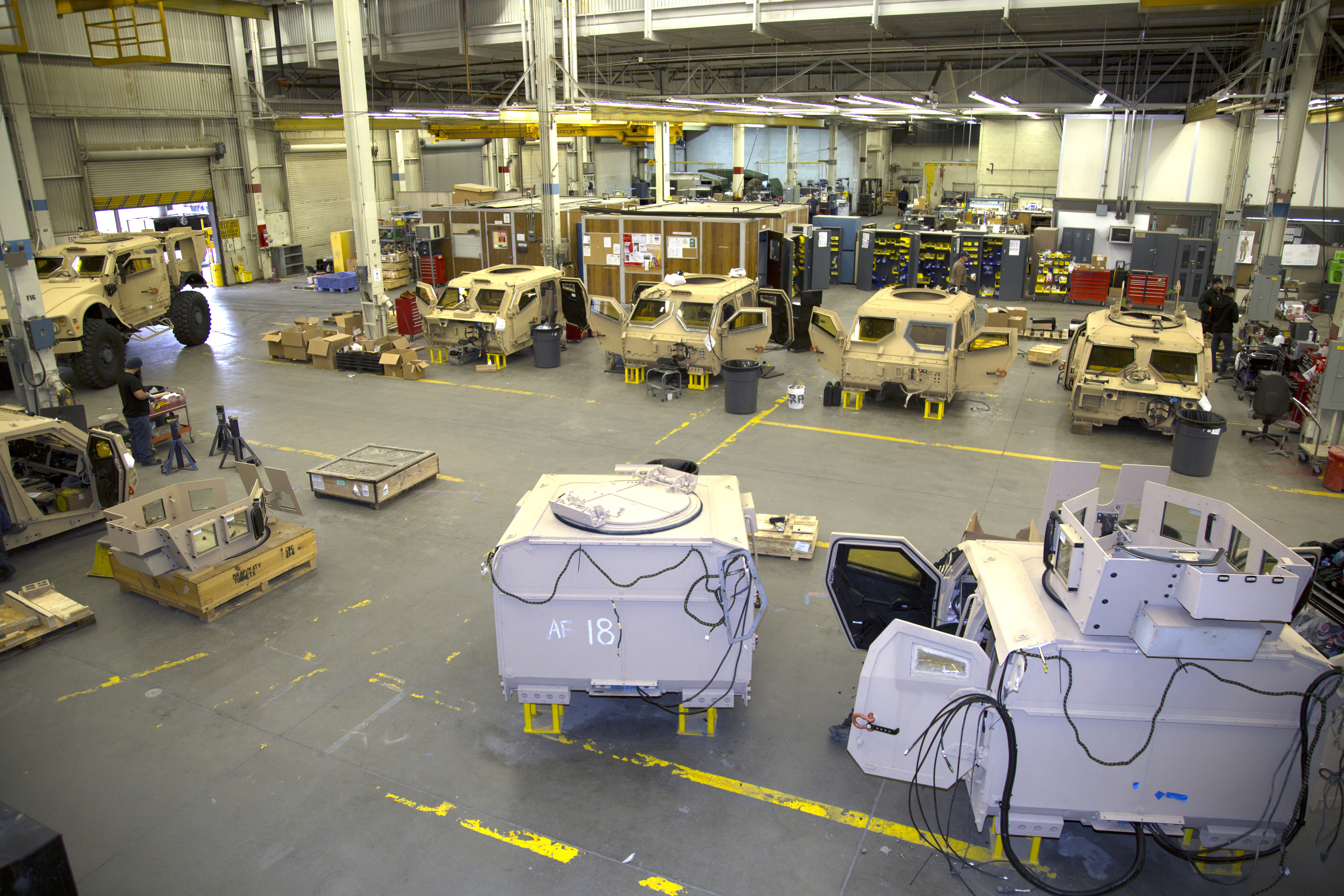 Crew capsules of several Mine Resistant Ambush Protected All Terrain Vehicles, or M-ATV, sit awaiting repair and upgrade at Production Plant Barstow, Marine Depot Maintenance Command, on the Yermo Annex of Marine Corps Logistics Base Barstow, Jan. 12, 2017. The artisans working the M-ATV line are refurbishing the 17 ton vehicles for both the U.S. Air Force and Marine Corps for use in Afghanistan. US Marine Corps photo.

Much is in flux right now in terms of the Pentagon’s near-term spending abilities. The government is currently being funded under a continuing resolution that extends last year’s funding levels. The House and Senate appropriators are expected to resume their work on the FY 2017 defense spending bills next week, with the hopes of passing a final bill before the CR expires in April. The FY 2017 bill would put the services’ money in the right buckets to meet this year’s needs – for example, operating under last year’s budget has left the Navy essentially $5 billion short in shipbuilding, due to the money sitting in the wrong accounts and the Navy not being allowed to move it under a CR.

Additionally, the White House is expected to release a supplemental funding bill this week to add about $30 billion in FY 2017 defense spending, which service officials have made clear would be used to boost readiness.

Finally, the White House should release its FY 2018 request in the spring, likely early May, at which point lawmakers could decide whether to stick to Trump’s suggested spending levels or boost the spending plan to something closer to Thornberry’s $640-billion idea.