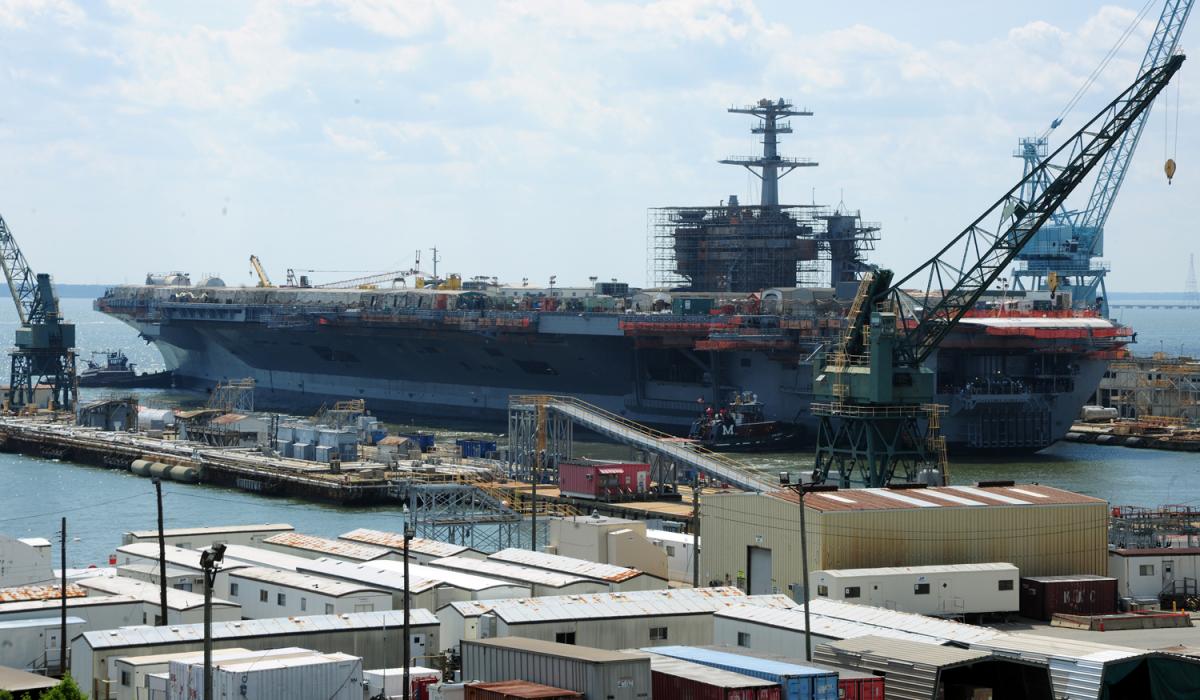 Lawmakers will not pass a Fiscal Year 2017 budget before the Trump administration takes office and will instead extend the current continuing resolution that is funding the government at FY 2016 levels. The move could prove problematic for the Navy in several ways.

Congress began FY 2017 with a CR that extended last year’s line-by-line funding levels into the first quarter of this year. For the Navy, whose budget includes line items as specific as an individual ship hull or spare parts for a specific aircraft type, FY 2016 and FY 2017 contain very different spending profiles. An extended CR puts at risk the service’s ability to award contracts on time. Delays in contract awards could lead to increased costs and delays in fielding ships and aircraft.

Several Navy officials have said they could survive the original three-month CR, through Dec. 9, but could not go past the end of 2016 without a proper FY 2017 funding bill – which is what lawmakers have now proposed doing.

Noting that House and Senate leadership decided not to move forward with any of the appropriations bills during the remainder of the calendar year, House Appropriations Committee Chairman Rep. Hal Rogers (R-Ky.) said in a statement that “the bottom line is that we must fulfill our constitutional duty to responsibly fund the federal government, and do right by the taxpayers who have elected us. To this end, my Committee will begin working immediately on a Continuing Resolution (CR) at the current rate of funding to extend the operations of our government through March 31, 2017.”

For the Navy, this could mean that as much as $5 billion of the $15-billion shipbuilding budget sits unused, and the top-priority Ohio Replacement Program ballistic missile submarine program could face delays as it moves into detail design and early construction efforts.

The Ohio Replacement Program, also called the Columbia-class SSBN, was set to move from research and development funding to Navy Shipbuilding and Conversion in the FY 2017 budget. Under a CR, only R&D funding is available to the program, and that money cannot be used for the type of contract the Navy will award for detail design work. Navy and program officials have long said the SSBN replacement program has eaten up all its schedule margin and cannot weather any more delays.

Other shipbuilding programs are also at risk for delays due to the CR. Due to the specificity of the Navy’s budget, the service gets an appropriations bill that pays for two Arleigh Burke-class destroyers, or three Littoral Combat Ships, for example, and the Navy cannot transfer funds between programs without congressional permission. As a result, all the money sitting around from the Expeditionary Fast Transport, Expeditionary Mobile Base and T-ATS tugboats that the service bought in FY 2016 — and does not want to buy again in 2017 — cannot be used for the LHA amphibious assault ship the service needs in 2017 but did not buy in 2016.

As a result, the Navy has about $5.1 billion, or about a third of its shipbuilding budget, sitting in the wrong line item. If the continuing resolution were to last for all of FY 2017, that money would be unusable to the Navy. If in the spring lawmakers pass an actual appropriations bill for the remainder of FY 2017, the Navy would get access to that money halfway through the fiscal year but would likely end up awarding shipbuilding contracts late, which can create extra costs as shipbuilders and their vendors deal with the uncertainty of the situation. 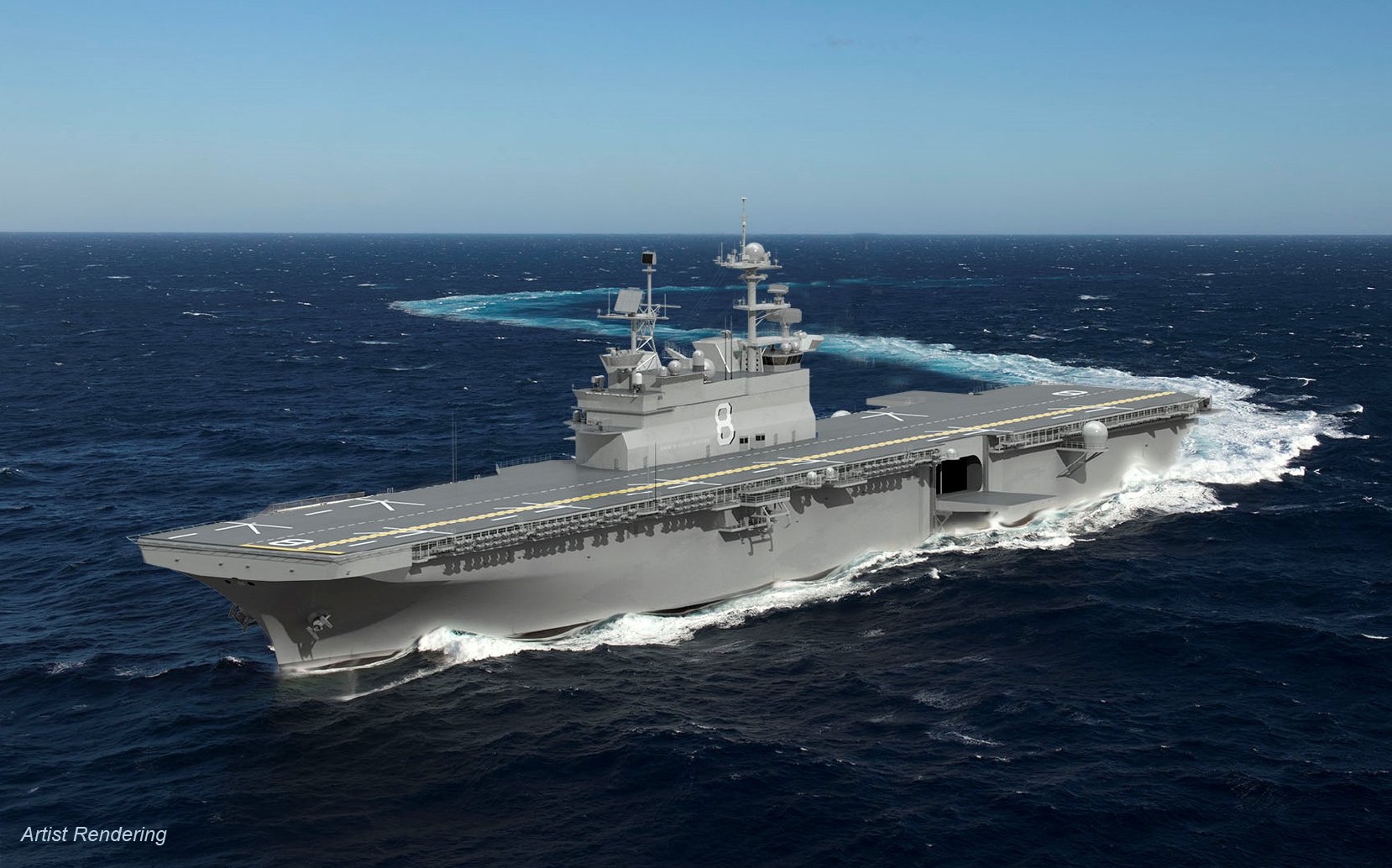 As for smaller programs, “the Navy has many new starts and program increases planned in FY ’17,” Navy spokeswoman Lt. Kara Yingling told USNI News on Sept. 29, as FY 2016 was ending and FY 17 was set to begin with a CR.
“However, a CR through December 9th is manageable because more of the initial contracts are scheduled in Quarter 2 and the Navy can take mitigating action for the first three months of FY ’17.”

The ability to award all these 2nd Quarter contracts is now at risk, and Yingling said in September that a CR that continues into the second quarter of the fiscal year could result in the Navy having to award a smaller contract now and a larger contract later once a FY 17 budget is passed, which created a burden on the contracting offices and can cost more in the long run.

The Navy did not have an updated comment on the continuation of the CR and instead referred back to a previous statement Sept. 29, when contacted by USNI News on Thursday.

When lawmakers pass a continuing resolution, they can either be a “clean” CR that extends the previous year’s spending levels with no changes at all, or the CR bill can contain “anomalies.” While lawmakers have tended to pass clean CRs in recent history, House Appropriations Committee spokeswoman Jennifer Hing told USNI News that this time “there will be anomalies, but those are still under discussion.” An anomaly to move the Ohio Replacement Program from R&D to shipbuilding and conversion, or to reallocate the shipbuilding budget into the right ship classes, would ease the pain of a longer CR for the Navy.

Sen. Barbara Mikulski (D-Md.), the top Democrat on the Senate Appropriations Committee, slammed the decision to not pass FY 2017 appropriations bills now and extend the CR instead.

“This is deeply disappointing. Once again, Republicans are stymying our ability to do our job and meet our constitutional responsibility to produce full-year appropriations for the American people,” she said today in a statement.
“My preference would be to do our job and work on an omnibus funding bill (to pass all the subcommittees’ spending bills together). How we proceed from a parliamentary standpoint, whether it’s one whole bill or a series of minibuses, could be discussed. We could do it. Where there’s a will there’s a way. Republicans instead have decided to procrastinate rather than legislate.”

Rogers as well expressed his disappointment in the decision from top House and Senate leadership, saying “while I’m disappointed that the Congress is not going to be able to complete our annual funding work this year, I am extremely hopeful that the new Congress and the new Administration will finish these bills. I am also hopeful for a renewed and vigorous ‘regular order’ on future annual funding bills, so that the damaging process of Continuing Resolutions will no longer be necessary.”

Sen. John McCain (R-Ariz.), chairman of the Senate Armed Services Committee, said on the Senate floor today that “every senior leader at the Department of Defense has warned Congress about the negative impact of a continuing resolution on our troops. … The Chief of Naval Operations, Adm. (John) Richardson, warned that a continuing resolution would lead to wasted taxpayer dollars. Under a continuing resolution, the Navy would be forced to break up its contract actions into smaller pieces. As a result, Adm.Richardson warned the Navy would not be able to ‘take advantage of savings from contractors who could better manage their workload and pass on lower costs to the Navy. These redundant efforts drive additional time and cost into the system, for exactly the same output.”

“This madness needs to end. It is time for Congress to do its job,” McCain continued.
“When it comes to doing our constitutional duty to provide for the common defense, there is no call for lazy shortcuts that shortchange our troops.”