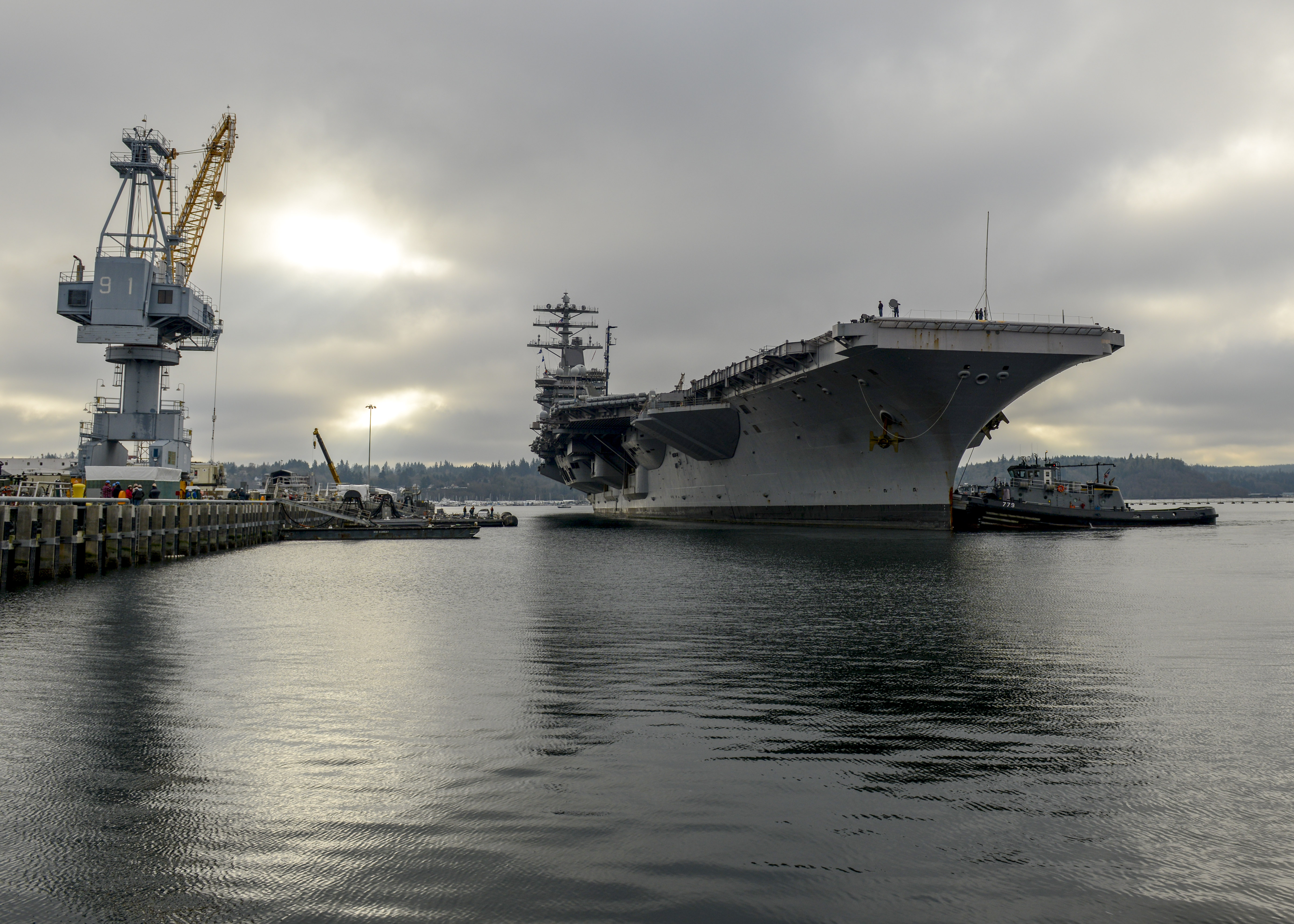 With the Navy’s four public shipyards unable to keep up with the demand for maintenance from aircraft carriers and submarines, those in the maintenance, engineering and fleet communities are looking for any solutions to help ease the backlog of work. And while better advance planning alone won’t solve the problem, the officials say, the situation cannot be resolved without improvements in planning.

To that end, a maintenance planning summit earlier this month brought together carrier, submarine and surface ship maintenance planners to discuss best practices – and Naval Sea Systems Command commander Vice Adm. Tom Moore told reporters that a move back towards time-based maintenance may be one outcome of the Feb. 9 summit.

“Over the last 20 to 30 years we’ve tended to go more towards a condition-based maintenance approach, where, hey, we don’t do maintenance in a time-directed basis. And that was done for good reason because it’s, in time-directed you’re spending a lot of money,” Moore said after a speech at the American Society of Naval Engineers’ Technologies, Systems and Ships event.
“But I think what we’ve seen over the last 20 to 30 years is the pendulum, as it often does, has maybe swung a little bit too far. So one of the [action items from the planning summit] is to go back and look at, are we in some cases doing too much condition-based maintenance and is there an opportunity to come back and do a little bit more time-directed.

“I’ll give you an example: tanks, for instance. I have enough data to know that when this type of ship comes in for this type of availability and the age of the ship is this, I statistically know I’m probably going to have to go work on X number of tanks,” Moore continued.
“Today what I do is I say, go inspect the tanks, and then I go open them up and I find, oh I’ve got to go work on them. That means the shipbuilder has to go get material and do the engineering work and I start the work late. What I’m saying is, we know we’re going to work on – we might not know exactly which 25 tanks, but you know there’s going to be probably 25 tanks, so buy the material up front, do the engineering, load those resources into your plan, and then if you get in there and it’s not 25 tanks, it’s 20, okay, fine.”

Capt. John Markowicz, program manager for in-service aircraft carriers at the Program Executive Office for Aircraft Carriers, said at the same conference that PEO Carriers was working hard to improve their contracting process, getting requirements for work and materials to the shipyards farther in advance.

“We are also attempting to improve our forecasting for material procurement. So we want to buy our supplies and work with the [Naval Supply Systems Command] to forecast our material needs earlier and order earlier,” Markowicz told USNI News.
“So that will help, including developing a rotatable pool of equipment. So instead of removing a component from a ship like a electrical breaker, remove it and repair it – instead of doing that, just remove it and replace it with a new breaker or a refurbished breaker.”

Markowicz said the PEO is also paying closer attention to the resources available at the yards compared to the resources required to complete an availability on time. The office has implemented “weekly, if not daily reviews of maintenance availabilities with senior leadership at NAVSEA in the effort to ensure we have the right resources applied when needed to execute these availabilities on time at the shipyards. And where we don’t have these resources, we’ve been reaching out to our industry partners and contracting – whether it’s Huntington Ingalls in the propulsion plant or NASSCO as one of the lead maintenance providers topside in non-nuclear domain – we’ve been reaching out to industry to shore up resources in yards during availabilities to deliver on time.”

Moore said a second key idea that came out of the planning summit was to create a faster feedback loop to inform technical foundation papers that inform each ship class’s maintenance plans.

NAVSEA spokeswoman Colleen O’Rourke told USNI News that the technical foundation papers would be updated – and completed, in the case of the Virginia-class attack submarine – and reviewed each year in coordination with the budget process. The carrier, submarine and surface ship planning organizations will also work together to ensure real-time information-sharing as they improve their own planning efforts, and they will meet quarterly to share lessons and measure progress.

Moore said planning would never be 100-percent accurate, but that the data exists to make more informed decisions than the Navy is making today.

“We may not be able to predict everything, but we’re off 25 to 30 percent today and that is unacceptable,” he said.