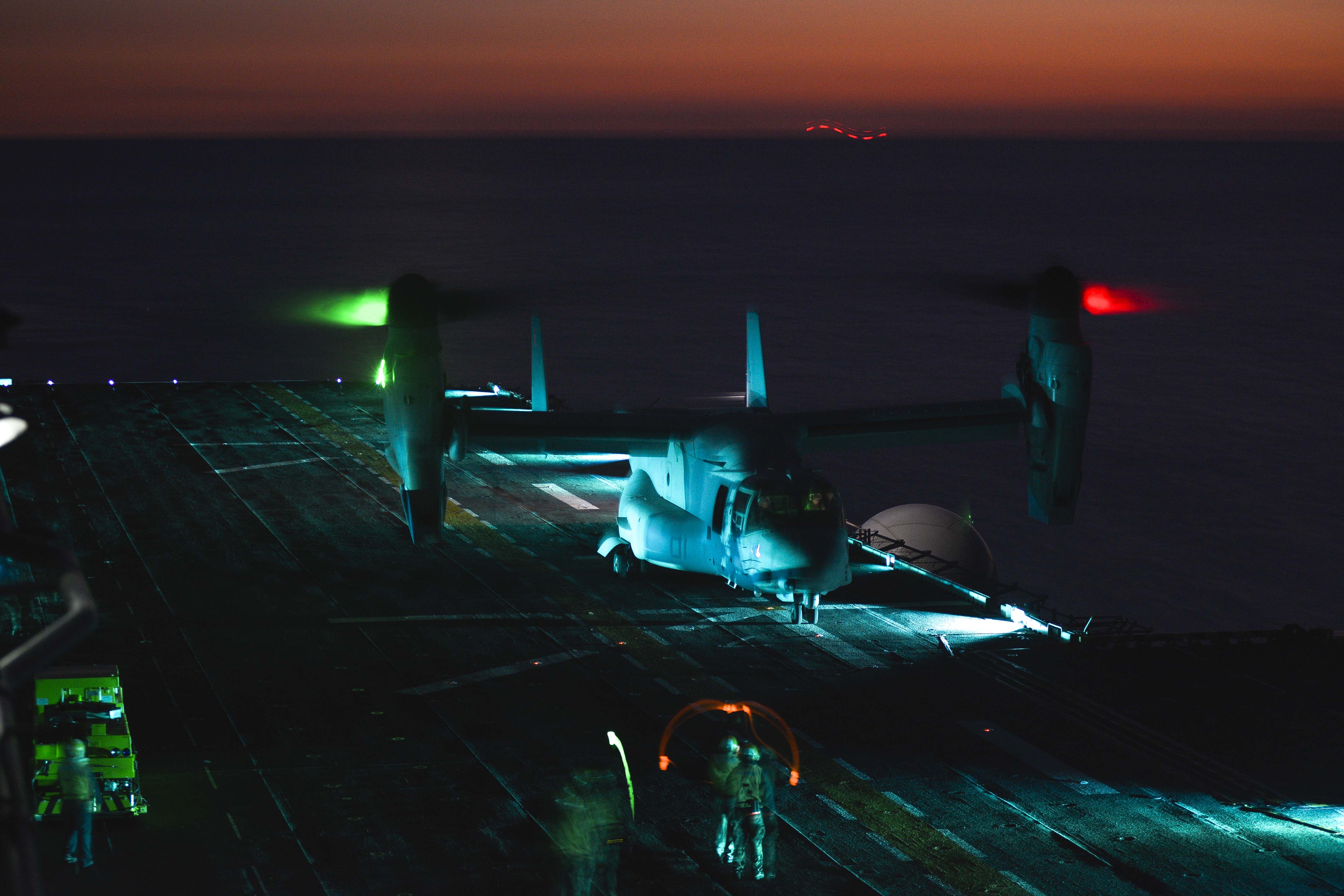 THE PENTAGON – The Marine Corps continues to pursue lethality upgrades to its new aircraft, even as the service is still in the midst of recapitalizing its tactical aviation platforms, the deputy commandant for aviation told reporters on Wednesday.

Previewing this year’s “Marine Aviation Plan 2017” – which has already been signed and should be released soon – Lt. Gen. Jon Davis said the Marine Corps hopes to put a new sensor on the nose of the MV-22 Osprey both for safety of flight and to lead the way to adding weapons to the tiltrotor plane.

The 2016 aviation plan listed a targeting forward-looking infrared (TFLIR) sensor with a laser target designator and video data link as an upgrade the Marines were interested in but had not yet budgeted. The service also listed an enhanced weapon system for medium-range immediate suppression as an unfunded wish.

In May 2016, several months after the 2016 aviation plan was released, Davis told USNI News during an interview in his office that the 2017 plan would call for adding the Harvest Hawk bolt-on/bolt-off kit – which consists of a sensor ball and various freefall and rocket-propelled weapons – to the entire KC-130J and MV-22 fleets. During Wednesday’s media event, he joked that “you know me, I’d like to do the sensor on every airplane.” 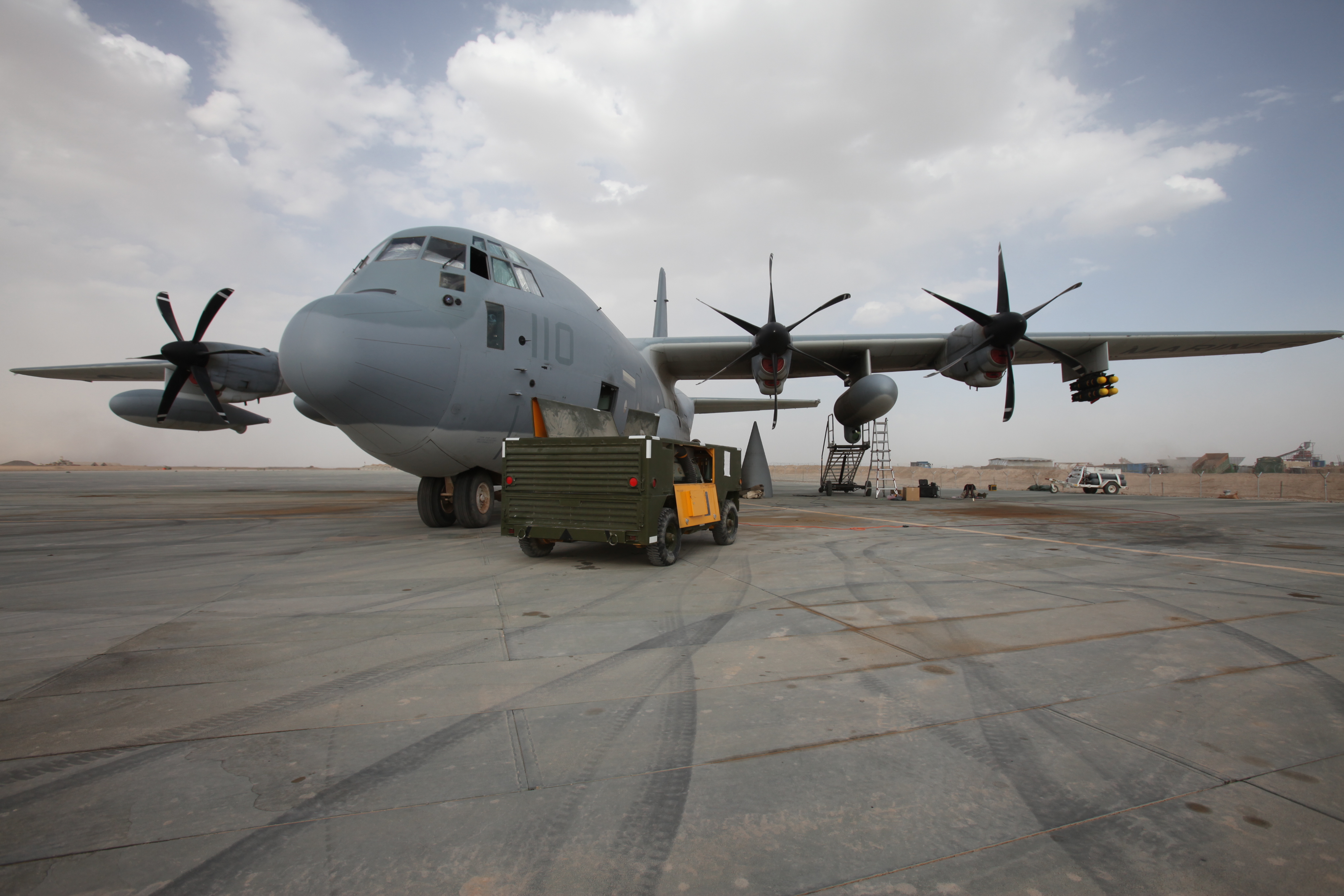 Without revealing what exactly the aviation plan would say on the subject, Davis told reporters that Harvest Hawk testing had continued throughout 2016. This spring, leading up to an acquisition decision, the Marine Corps will test three different nose sensors at Marine Corps Air Station Yuma, Ariz., as part of a competition for buying the TFLIR sensor. He noted that buying a new sensor would have many benefits beyond simply providing a better view of the landing zone that the Ospreys’ current one-to-one ratio FLIR sensor – which he said seemed adequate when the airplane was being designed but can no longer support the higher altitudes and longer ranges at which the V-22 operates.

“Being able to look at the landing zone is a big deal, to be able to share information on the landing zone. From a safety of flight perspective, I want get an improved sensor in the nose of the airplane, we can zoom in on the landing zone and look at it,” Davis said.
“Also too, if you’ve got that kind of sensor we know we can share streaming video with other people. … And if I’ve got a good sensor, most of the sensors we buy also have a laser on there as well, so it’s a good high-fidelity sensor, I can get GPS-quality coordinates out of that with a laser so I can actually use that to be a contributor target designator for a weapon. … So the V-22 could be lasing for a [unmanned aerial vehicle], it could be lasing for a jet, it could be lasing for another V-22.”

Once the improved sensor is in place, he said, the Marine Corps can start talking about which weapons to put on the plane – though he noted that adapting the KC-130J Harvest Hawk bolt-on/bolt-off kit to the V-22 would be a good start.

As for the Harvest Hawk, Davis said the Marines have bought nine or 10 packages now, with the MX-20 sensor ball being the most important component. The kit also includes the Intrepid Tiger electronic warfare pod and kinetic weapons such as the Hellfire, Griffin and Viper Strike missiles for precision strike. Davis said the development has so far focused on freefall and rocket weapons but that the service would eventually add wing pylons to launch the Hellfire missiles.