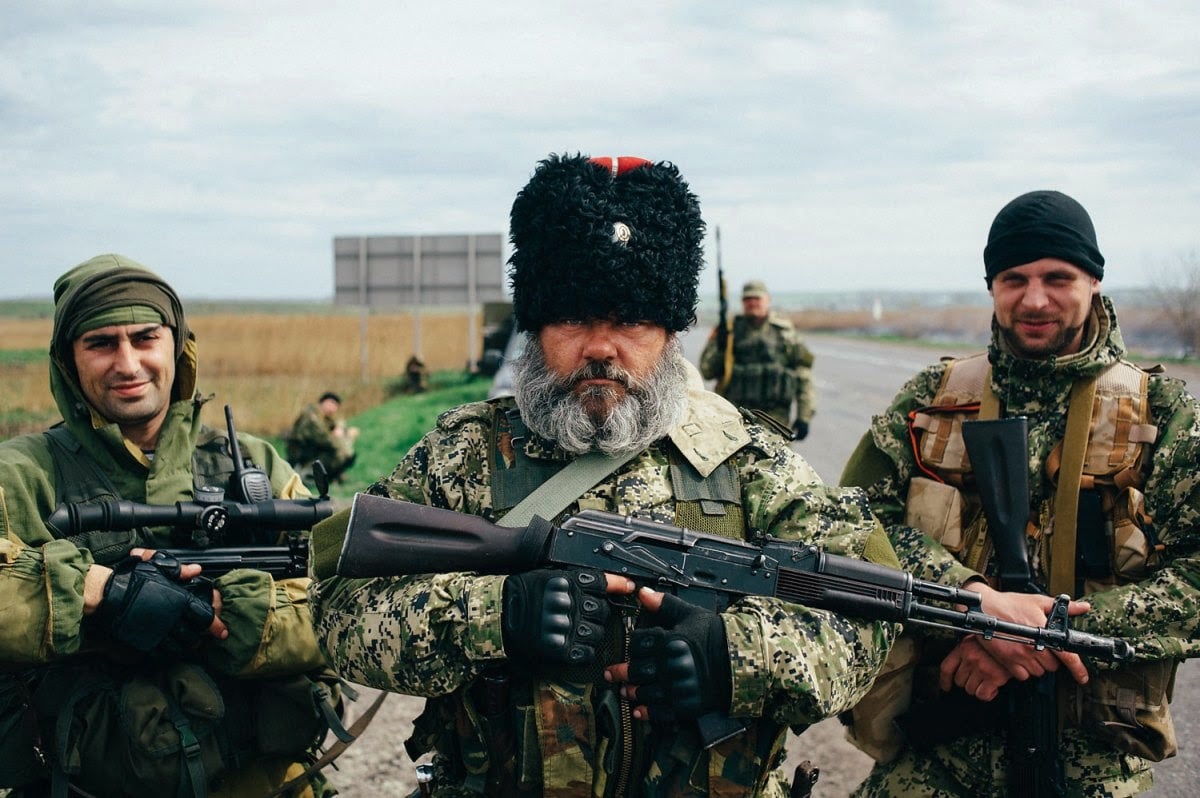 Pro-Russian separatists at a check point in Kharkiv in Eastern Ukraine in 2014.

A former U.S. ambassador to Ukraine said Russian President Vladimir Putin’s escalation of the conflict in Ukraine is a major global security challenge facing the administration of President Donald Trump.

Speaking at the Chicago Council of Global Affairs, John Herbst said in answer to an audience question Russian President Vladimir Putin tested the White House immediately after talking with Trump by, “greatly increasing the violence in Ukraine.”

With only a statement from Nicki Haley — the American ambassador to the United Nations –in response, the Russians “see they can dial up the violence” in eastern Ukraine without a severe U.S. reaction. He said there is a feeling in Russia’s political and financial elites that the most punitive sanctions on the energy and financial sectors might be eased in the new administration, giving them a freer hand to operate economically, politically and possibly militarily.

But if the administration took such a step, it would “face serious political problems here” in Congress, he added.
Herbst estimated that the sanctions on the financial and energy sectors have caused the Russian gross domestic product to fall between 1 and 1.5 percent since 2014 when Moscow seized Crimea.

Samuel Charap, a fellow at the International Institute for Strategic Studies, said during the forum which was also webcast by the Atlantic Council in Washington, “Russian actions [in Georgia, Ukraine and Syria] have defied its economic interests,” but they went ahead anyway. He sees “much of Russia’s assertiveness as insecurity.”

While “we are in a very bad place in U.S.-Russian relations,” he said he has “doubts this administration has the patience [and] political skill” to improve them satisfactorily.

Ukraine, an immediate neighbor, remains Moscow’s top foreign affairs priority and events there since President Viktor Yanukovych fled in the wake of popular protests have been of greater concern to Kremlin leaders, both agreed.

Russia lays the blame on the United States for Yanukovych’s flight, Charap added, and sees Washington as the root cause of troubles.
Herbst said reaching back centuries Moscow believes “Russia should control its neighbors” to the farthest reaches of its former tsarist and Soviet empires. “The West is our adversary” is the position that its security establishment, led by Putin, shares with its predecessors back to the 16th century.

“We have seen the level of conflict … spiral out of control” since Putin returned to the presidency in 2013 with Russia’s backing of separatists in eastern Ukraine, providing military support for the regime of Syrian president Bashar al-Assad and meddling in the United States elections, Charap said.

A factor in that assertiveness and in China’s increasing boldness in the South and East China seas is the belief in Moscow and Beijing that since the Great Recession of 2008, “the United States is no longer the power it was,” Herbst added, and the West has weak leaders.
“Our interest requires we stay strong,” Herbst said. Among the recommendations he offered were providing lethal defensive weapons to the Ukrainians to hold back the separatists and raise the price of military intervention for Russia, retaining the strong sanctions on the financial and energy sectors of the Russian economy, strengthen NATO with more American military presence and pressure on members to spend more on their own security.

Both Herbst — who also served as ambassador to Uzbekistan — and Charap said they were skeptical that a bilateral arrangement between the United States and Russia over Ukraine could be reached and stop the violence and restore the borders before the seizure of Crimea.
Herbst saw value in military-to-military negotiations over transiting naval vessels and air operations would be useful in avoiding an international incident, leading to an escalation of tensions.

“I think there’s a possible deal to be made in Syria” by working together to find a solution using Russia’s influence with Assad, the Iranians and Turks and the United States’ with the Kurds and others that would lead to the defeat of the Islamic State and other terrorist groups.

“Our effort to support moderate forces is a complete failure,” Herbst said.
Achieving a workable solution “is very hard in a Mideast context.”