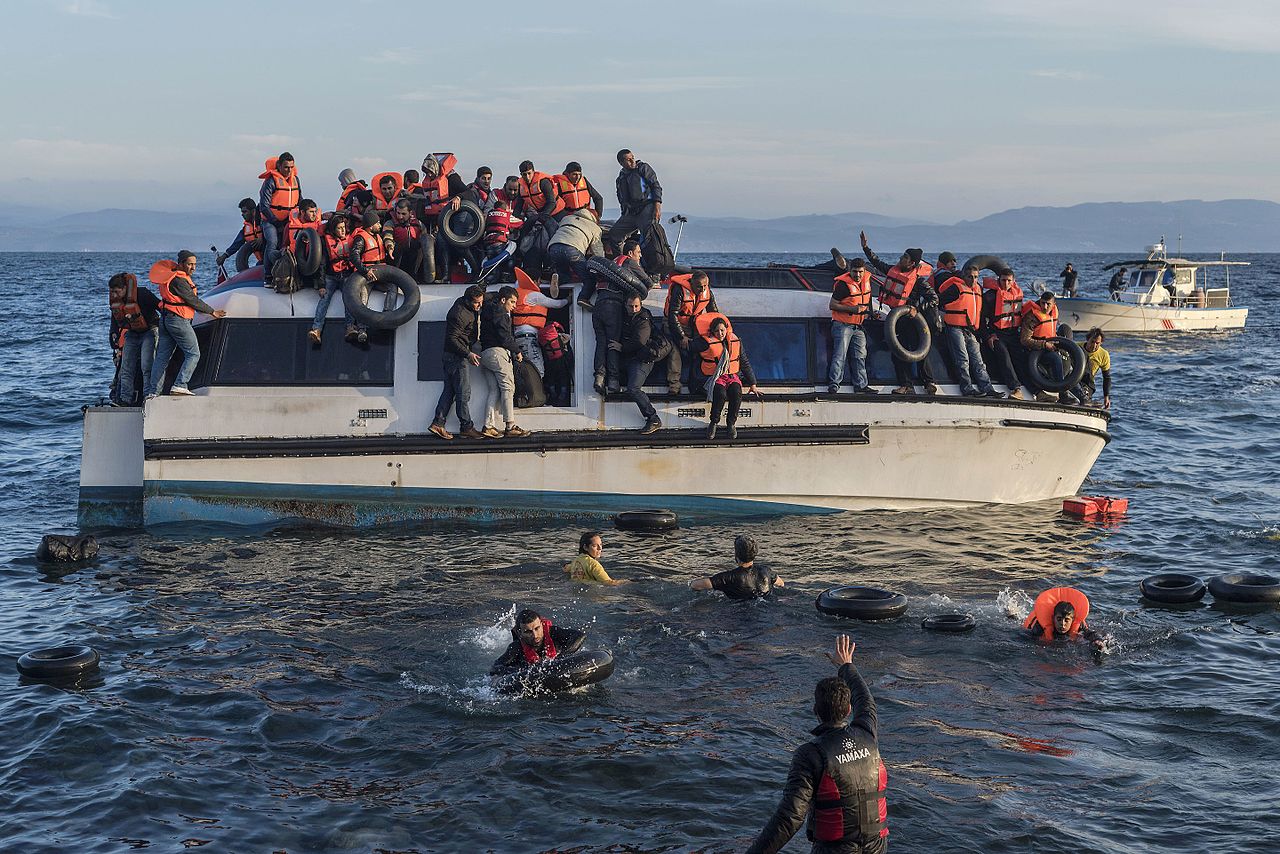 Security in the Atlantic requires security in Mediterranean, and that means addressing the root causes of the European migration crisis, Italy’s ambassador to the United States said Wednesday.

Speaking at the Washington-based Atlantic Council, Armando Varricchio pointed out that the migrants “are not coming on planes” but rather on “ships that can’t make it” across the Mediterranean. The first priority, he said, is to “save the lives” of those fleeing their native countries. Then governments must realize that the Arab Spring’s high hopes for freer societies, politically and economically, were “the uncorking of Africa” and set off a huge movement of people heading northward to the shores of the Mediterranean, which now must be dealt with as a region.

As examples, he said some people are leaving sub-Sahel Africa to escape drought and poverty in lands with scant resources, and many are coming to Italy, Malta and Greece in a search for safety and opportunity in Europe.

While the Mediterranean has been “a bridge between different worlds” in Europe, the Middle East and Africa, it is a region where “we never had certainty” about what was coming next, Varricchio said while discussing a new Atlantic Council report.

With NATO being a political as well as a military alliance, “it has to tackle new realities” caused by this continuing flow of refugees and migrants and understand that “the southern flank is absolutely essential” to all of Europe’s future security.

The migration crisis is also forcing the European Union to re-examine what it is doing to save lives; assist Italy, Malta and Greece; and work with nations like Egypt and Libya to address root issues. He added the European Union has historically worked to ensure peace in Europe – such as during the wars in the Balkans in the 1990s and opposing Russian moves in eastern Europe – and spread economic opportunity.

“Egypt is the most important” nation in helping stabilize the migration flow from Africa, but its neighbor to the west has a major role to play, Varricchio said. “Libya is our neighbor,” but it “is still fiercely divided” since the overthrow of Muammar Qaddafi, the ambassador said. Rome is “not trying to impose a solution” but rather is helping the national unity government in Tripoli “restore a sense of national identity [that] will have an immediate impact on migration.”

Amanda Sloat, former deputy assistant secretary of State for Southern Europe and the Eastern Mediterranean, said the EU attitude toward the crisis could move if the outcome of elections in France and Germany in particular “shifts [those countries] further to the right,” as has occurred in the United States. This would have a direct impact on its members on the Mediterranean if other nations withdrew support to pay for sheltering the migrants and refugees and patrolling the sea. With a change in government, Northern European countries like the United Kingdom could even choose to leave the union.

Despite being in the EU, which has an open borders policy for traveling citizens, governments in Hungary, Slovenia and more have closed their borders to migrants.

On the Mediterranean’s eastern shore, Sloat said Turkey is focused on many aspects of the war in Syria and the mass migration it is creating: talks with Russia to put an end to the war; fighting both the Islamic State and Kurds it believes would undermine Ankara; and worrying about “who takes Raqqa” – Shia Arabs, Sunni Arabs, Kurds, or Turks. Domestically, Turkey is still working through the aftermath of a failed coup attempt last year and the possibility of further constitutional changes to increase the power of its president.

Lisa Aronsson, a co-author of the Atlantic Council report, said the council began its research more than a year ago to understand “what we got wrong about this region” after the optimism of the Arab Spring and what were the underlying causes of “the crisis headlines coming out of the Mediterranean on a daily basis.”

Despite the many problems in the region stemming from migration and war, the panel discussed one bright point in the region. Varricchio said Cyprus, which is divided between Turkish and Greek control, is closer than ever to reaching an agreement over a permanent governing solution. Both Turkey and Greece maintain troops on Cyrpus. The negotiations “may be hitting a point where it is much more complicated,” Sloat warned, due to the presence of the troops and the development of the island’s energy resources.