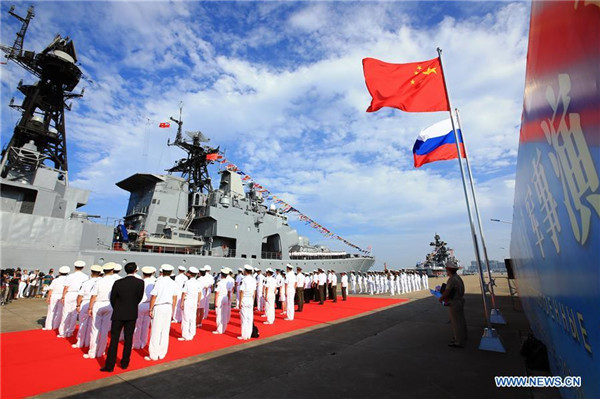 The incoming Trump administration needs to go out and reassure publicly and privately our allies that the United States will honor its commitments and do what is necessary to meet new challenges, particularly from Russia and China, three security experts testified Tuesday.

There’s a background here not only of campaign rhetoric over burden-sharing, defending the NATO Baltic States, etc., but the Obama’s administration’s not following through on what it said it was going to do if “red lines” were crossed, Kagan said.

But on top of that recent history, the new administration “also has to dig out of a hole of its own making” by what President-elect Donald Trump and campaign officials said publicly before the election.

The hearing was part of a continuing series the committee has held this year looking to reform defense personnel and acquisition policies and how to meet new security challenges.

Gen. Jack Keane, USA, a retired vice chief of staff of the Army, said in dealing with Russia and China the Trump administration must show “strength and resolve.” “We have to be so superior in our capability that our adversaries won’t challenge us.” If the United States doesn’t have the intent to use its military capability to counter aggression, there’s no deterrence.

Moscow and Beijing “have a brilliant strategy” of developing asymmetric weapons, such as long-range anti-ship and anti-aircraft missiles, to counter American strengths. In that regard, “do aircraft battle groups make sense?” He suggested more targeted investment in underwater capabilities for the Navy. For Air Force aircraft, “it’s obvious unmanned flight is here,” and more investment in that arena is needed.

“You’ve got to force the R&D” into new capabilities, he said. That starts with having officials serving in what is now the comptroller’s position function as the department’s chief financial officer and officers who are not risk adverse, he added. “We can accelerate the [R&D] process.”

During the hearing, Tuesday’s The Washington Post report on a Pentagon-ordered study that found possibly $125 billion in excess department spending on overhead rather than on technology and modernization was mentioned as warranting new congressional attention in confirmation and oversight hearings.

Chairman John McCain, (R-Ariz.), in his opening statement said, “We need innovators. …We need reformers throughout the Defense Department.”

“We’re absolutely third rate in running our business activities,” Keane said in his opening statement. He added he did not understand Pentagon business practices until he became a four-star general.

Shawn Brimley, executive vice president of the Center for a New American Security, said, “The military services left to their own devices will keep doing what they’re doing” even with more dollars to spend. That extends from weapons development and buying to where to position forces.

Describing himself as a person who “used to be a Republican,” Kagan said the “two great revisionist powers [Russia and China]” see “the United States increasingly lacking the will and capacity to play the role” in maintaining a world order that brought peace, stability and economic prosperity to Europe and Asia following World War II.

“Russia by far has been the most aggressive” with the seizure of Crimea, backing separatists in Georgia and Ukraine with arms, equipment and funds and now “directly meddling in the Western democracies,” including the recent American election. The idea is “to discredit the democratic process.”

“This effort is not going away.”

Part of this effort to discredit the democratic electoral process came in disinformation campaigns, economic threats and cyber attacks.

Keane said, “The United States [offensive] cyber capability is second to none,” comparing it to the nuclear advantage America held after World War II. Yet infrastructure from dams, electric grids to financial institutions not under defense protection remain vulnerable, in part because the private sector and other levels of government do not want or cannot make the investment.

Despite years of discussion, the nation still has not defined “what constitutes an act of war in cyberspace” if aimed at the private sector or important infrastructure, Brimley said. Related to that need for a definition is a strategy that accounts for the speed of the attack and whether there should be a pre-authorized use of force in response.

When asked whether the positions of the director of the National Security Agency and the commander of Cyber Command should be divided, Keane said, “I wouldn’t split it” because “the main tools you’re going to use are in NSA.”

Splitting the positions in two would create more competition for talent, this time inside the government, Brimley said. He suggested looking at direct commissioning, flexibility in hiring, some pay incentives, as ways to attract qualified applicants to this area of government service.

Calling the Islamic State “the most successful terrorist organization in history,” Keane said the United States needs to educate the public on the continued threat from radical Islam and have a strategy to defeat not just it in Iraq but across the Middle East, North Africa and Southeast Asia.