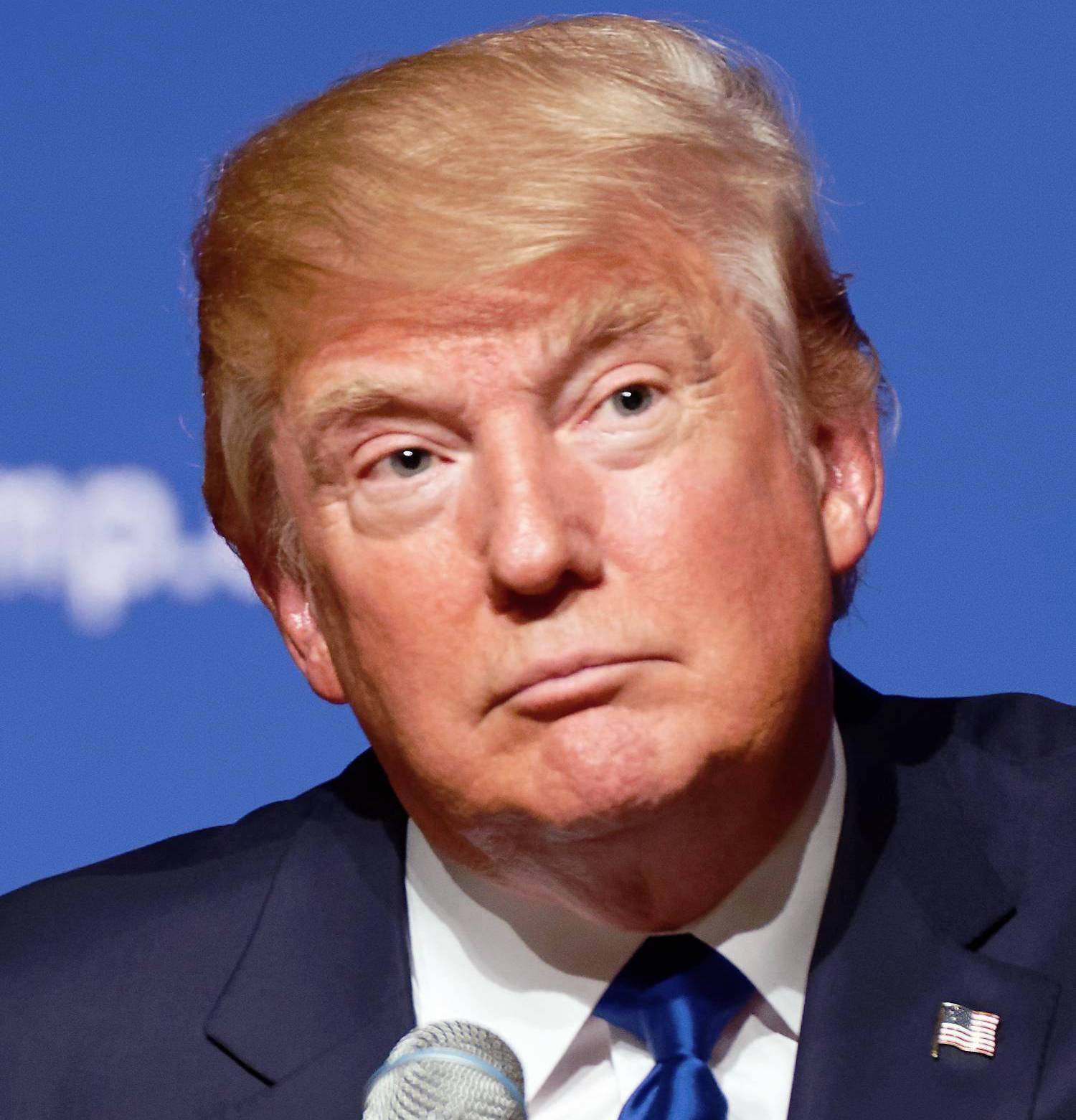 President-elect Donald Trump’s telephone conversation Friday with the president of Taiwan shows just how much the equation of the United States’ relations with nations in the Asia-Pacific could be changing.

Accepting the congratulatory call from Tsai Ing-wen was a clear signal to China that everything — from trade to diplomacy to security — was on the table for negotiation. As a statement from the transition put it: The two “noted the close economic, political and security ties” between Taiwan and the United States.

The United States has not had diplomatic relations with Taipei since 1979. After President Richard Nixon’s visit in 1972, the United States has pursued a “One China” policy, not recognizing Taiwan as an independent nation or its leaders being the legitimate government of mainland China.

Beijing regards Taiwan as one of its provinces. When Communist forces under Mao Zedong prevailed in a long-running civil war, the Nationalist government of Chiang Kai-shek fled to the island in 1949, still claiming to rule the mainland. 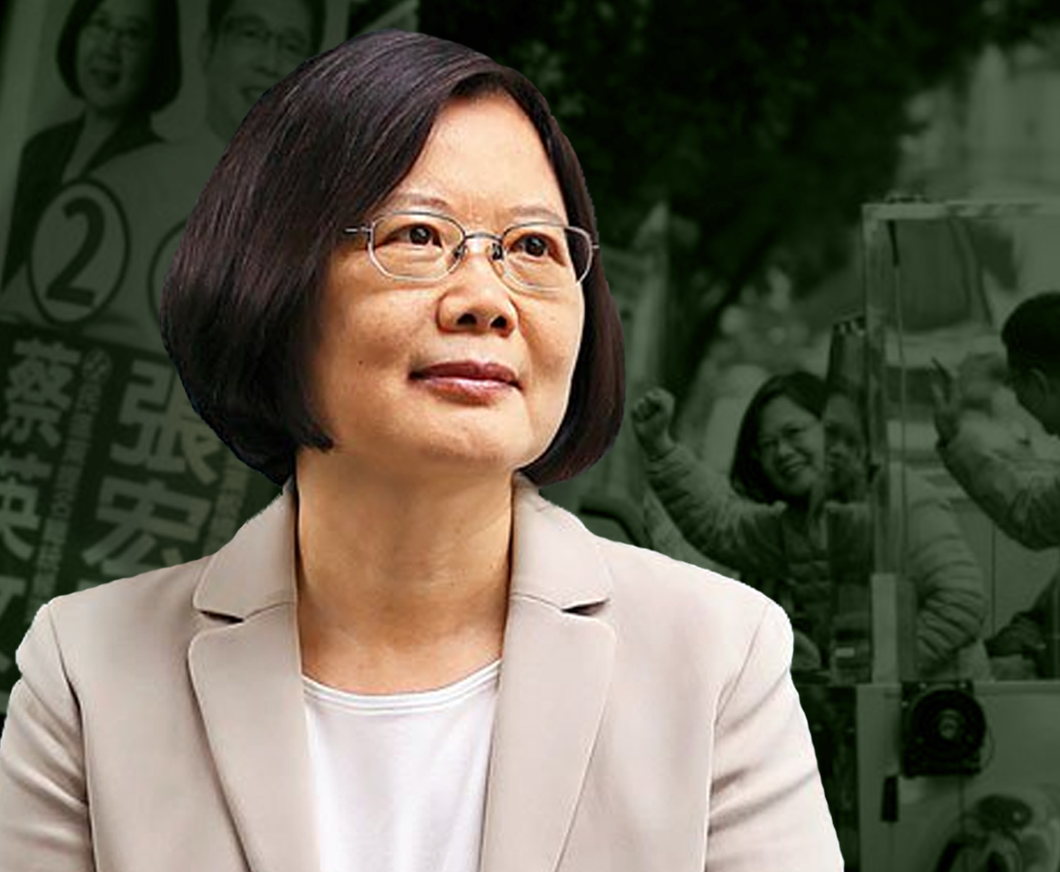 Russell Hsiao, executive director of the Global Taiwan Institute, said at an Atlantic Council forum in Washington, D.C. on Friday, the advisers of the president-elect are looking at the Asia-Pacific in two ways:

He added, “The ideal scenario creates a new equilibrium” in the Asia-Pacific through these bilateral arrangements, including one with Taiwan.

Beijing’s reaction to the 10-minute conversation came in a statement Saturday from Foreign Ministry spokesman Geng Shuang. “We have noticed relevant reports and lodged solemn representation with the relevant side in the United States. …I must point out that there is only one China in the world and Taiwan is an inseparable part of the Chinese territory … The ‘one China’ principle is the political foundation of China-U.S. relations.”

The danger in new bilateral relations across the region is, Shihoko Goto, a senior associate at the Woodrow Wilson International Center in Washington, said, “there is the possibility of stability … but that stability would be coming from China.”

Trump has already said the United States will not ratify the Trans Pacific Partnership trade agreement, brokered by President Barack Obama with nine other countries. The president-elect favors bilateral agreements in all those arena; and when it comes to security, allies and partners in the region, as in Europe, are expected to pay their fair share.

Hsiao said at the Atlantic Council event, “Taiwan pays for all its bills — for the most part.” USNI News reported earlier this year Taipei plans to spend three percent of its gross domestic product on defense. This approach could open the door for Taipei to acquire more advanced technology for the island’s defense, possibly including F-16s and mobile air defense systems. It already announced plans to spend $4 billion to buy or build eight diesel-power submarines. At the same time, it is looking at new corvettes and mine sweepers for maritime defense. The expanded American Navy also “has a reassuring effect for the Taiwan Straits,” he added.

In a tweet, Trump wrote: “Interesting how the U.S. sells Taiwan billions of dollars of military equipment but I should not accept a congratulatory call.”

If the telephone call showed how relations could change with China and Taiwan, the “strategic patience” shown by the Obama administration to North Korea over its continued missile and nuclear weapons testing is also likely at an end.

But the unsettled political situation in Seoul, however, clouds the path ahead even on peninsula security matters.

“Political uncertainty facing Korea is not helping matters,” she said. President Park Geun-hye has offered to resign her office as the possibility of impeachment looms in an expanding corruption scandal. Her five-year term was to run to February 2018.

The resignation would take effect in April, if she agrees to a plan offered by her party. More than 170 members of the 300-seat National Assembly belong to opposition or independent parties.

An impeachment vote is scheduled for Thursday. News reports put her approval rating at 4 percent. For more than a month, there have large street demonstrations in the capital calling for her resignation or ouster.

An earlier announcement that Korea was willing to accept the deployment of the anti-ballistic missile Terminal High Altitude Area Defense system now is in question. While the United States and Korean government officials insist that the system is designed to protect Seoul from a North Korean missile attack, China looked at the decision as a provocative move against it. The decision itself was never popular with Republic of Korea opposition political leaders. 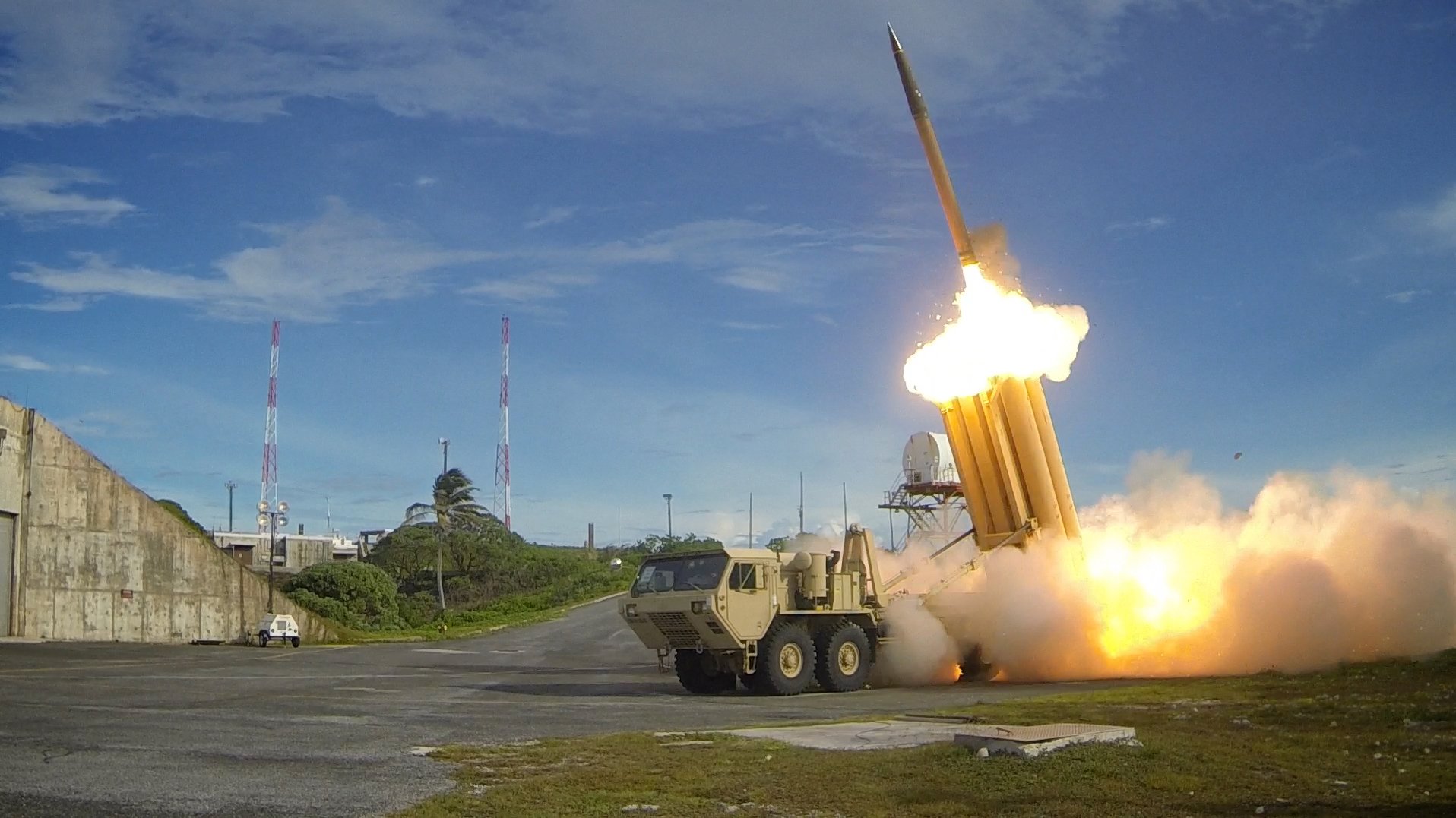 Also in doubt is a scheduled meeting with leaders of Japan and China to discuss trade and security issues later this month.

As for North Korea’s continued land-based and sea-based missile testing and nuclear program, “inaction [on the part of the Trump administration] will not be a choice” if Pyongyang makes a provocative move early on. In that case, “what expectations does the U.S. have with China” and “can we work more with China” become the questions to be answered in a new light of future American-Taiwanese relations.

The demise of TPP, scheduled for a ratification vote in February, presents a challenge to Japanese Prime Minister Shinzo Abe who sees the agreement “as more than a trade deal” and who does not want to pursue bilateral trade pacts, Goto said. Trump often said during the campaign he would withdraw the United States from the agreement on day one of his presidency.

Abe, the first foreign leader to meet directly with the president-elect, could pursue a new multilateral arrangement without the United States in the Asia-Pacific. “Then Japan will have the single biggest economy to push it on” and this fits in Abe’s policy of raising Japan’s international stature as a significant power in trade, diplomacy and security. 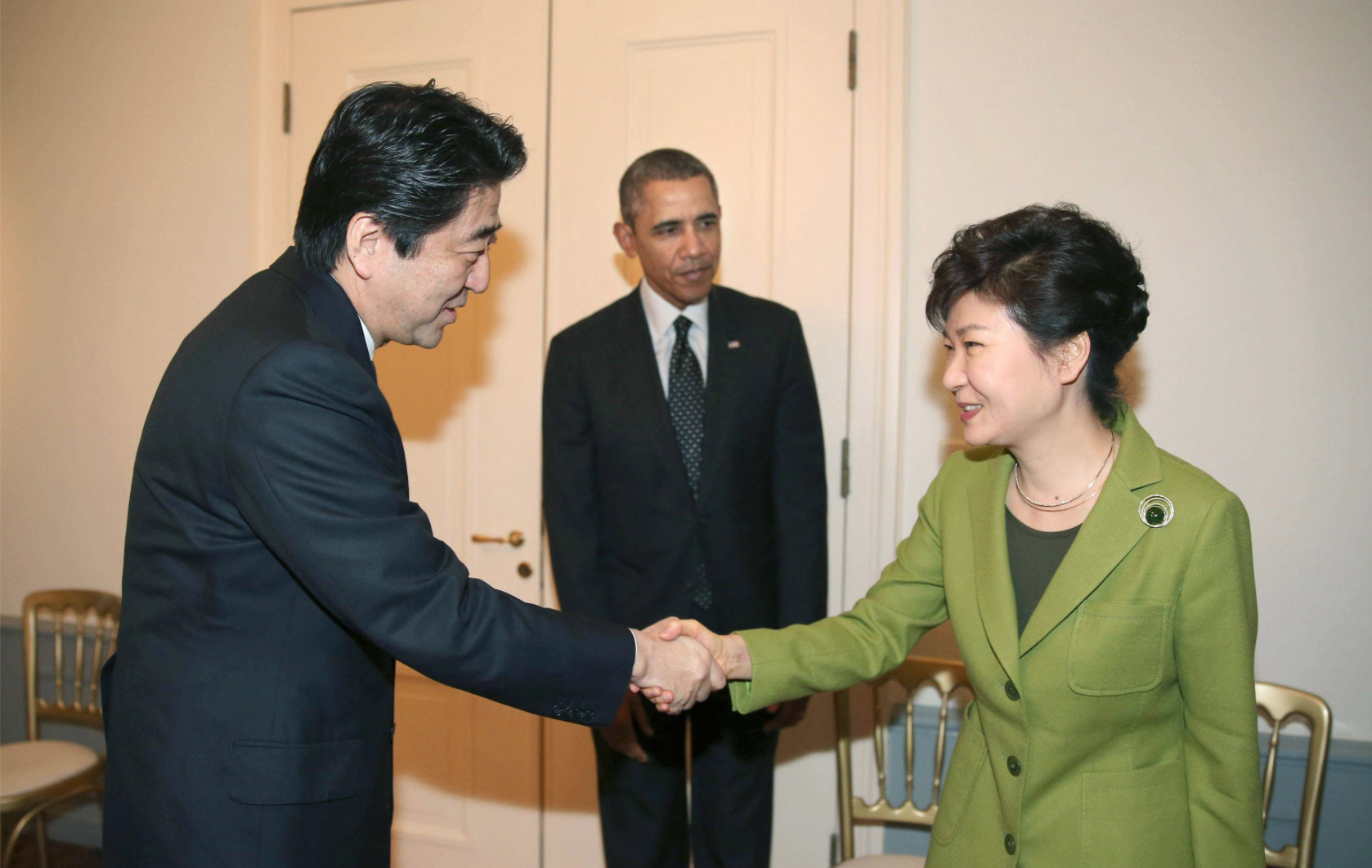 If Japan does not fill the multilateral trade void with the American withdrawal, China could through its Free Trade Agreement of the Asia-Pacific, open to 21 countries, and its Comprehensive Economic Partnership, open to 16 countries.

Although ten nations took part in TPP negotiations — including Australia — another American ally, and neighboring Mexico, Korea did not. Goto said Seoul expected to be the first applicant for membership after the agreement was ratified.

Like so many other things on the peninsula, that is up in the air until the impeachment crisis is resolved.

The Trump administration will also put less stress on issues such as human rights and climate change, than the Obama administration did, Meredith Miller, vice president of the Albright Stonebridge Group, said. Myammar, as one example, would welcome less emphasis on human rights as the majority Buddhist government is fighting an Rohingya Muslim insurgency in its northwest provinces.

On the other hand, one of the largest countries in the Asia-Pacific has reservations about the incoming Trump administration policies to Muslim countries and Muslims in the United States. Many citizens in Indonesia, a predominantly Muslim country, are wary of Trump’s announced plans to bar Muslims from entering the United States and having Muslims register with the government.

“There has been a hardening of identity politics” in Southeast Asia, she said.