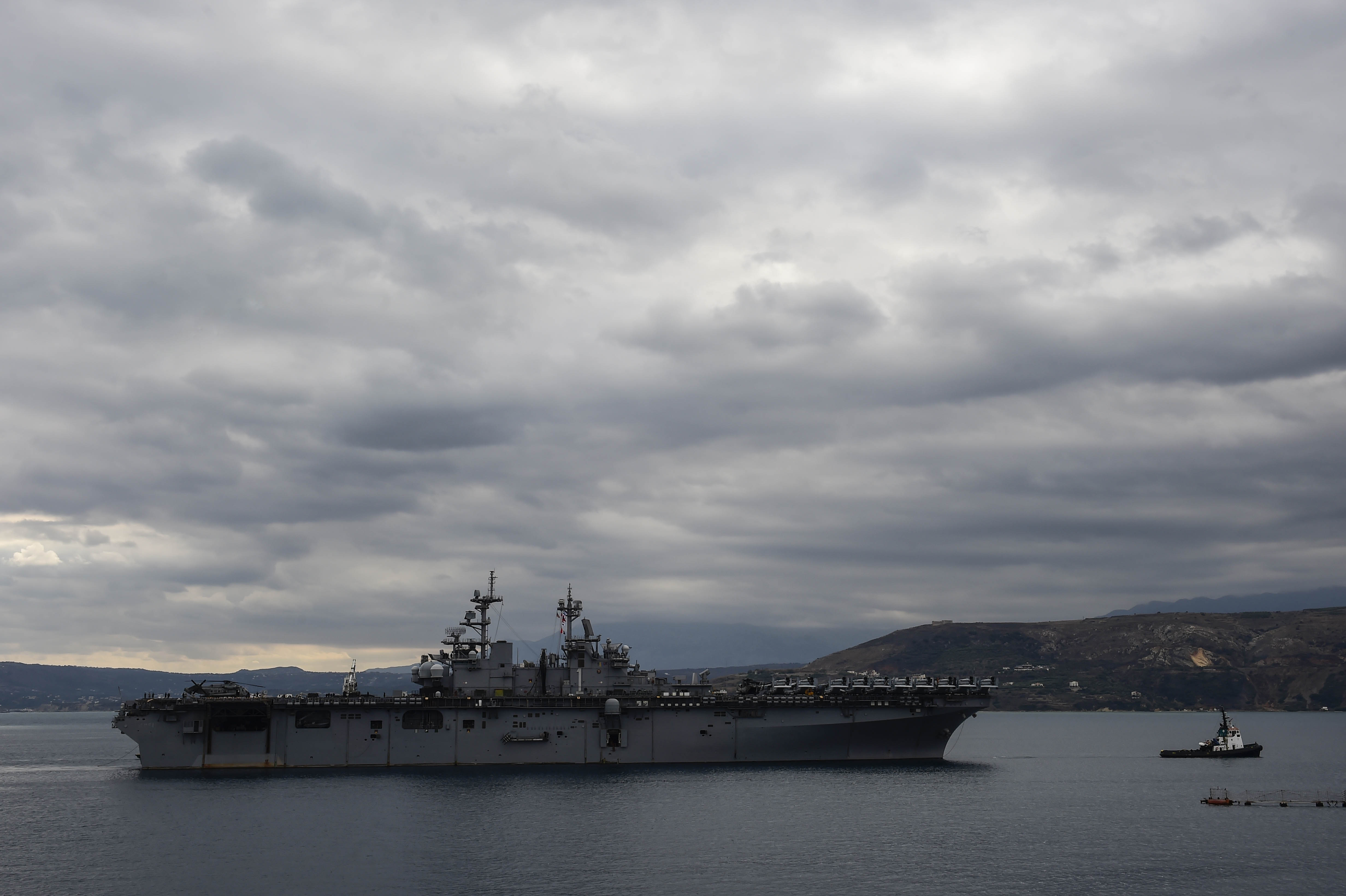 WASHINGTON, D.C. — When amphibious warship USS Wasp (LHD-1) deploys the first time from its new homeport in Japan in late 2017, it’ll ship out with some extras: a squadron of Marine F-35B Lighting II Joint Strike Fighters, three guided-missile destroyers, a Marine general and a Navy admiral.

The deployment will be a test for a so-called upgunned Expeditionary Strike Group that will combine a traditional three-ship Amphibious Ready Group (ARG) with a three ship guided-missile destroyer surface action group (SAG), Adm. Scott Swift, commander of the U.S. Pacific Fleet, told reporters on Friday.

The six-ship force – paired with a Marine Expeditionary Unit – is designed to relieve the pressure of the demand for the Navy’s 11 carrier strike groups by U.S. combatant commanders (COCOMs), Swift said. 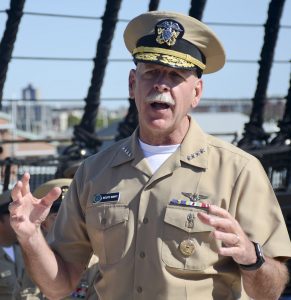 “It’s not the same as a strike group, it doesn’t have that depth the strike group brings, not the same number of aircraft and capability, [but] if you look at the demand signal for Carrier Strike Groups from a COCOM perspective from around the world, it’s 15 carrier strike groups,” he said.
“With these upgunned ESGs, you have three to four of these that helps bridge that desire on the part of COCOMs.”

The assembly will be built on the composite warfare concept the Navy uses with its CSG.

“[The ESG] will be integrated with the same [command and control] structure as a Carrier Strike Group,” Swift said.
“They will be assigned to [Combined Task Force] 76, who will be embarked on USS Wasp, and they will operate that Wasp ESG just as we do a carrier strike group.” 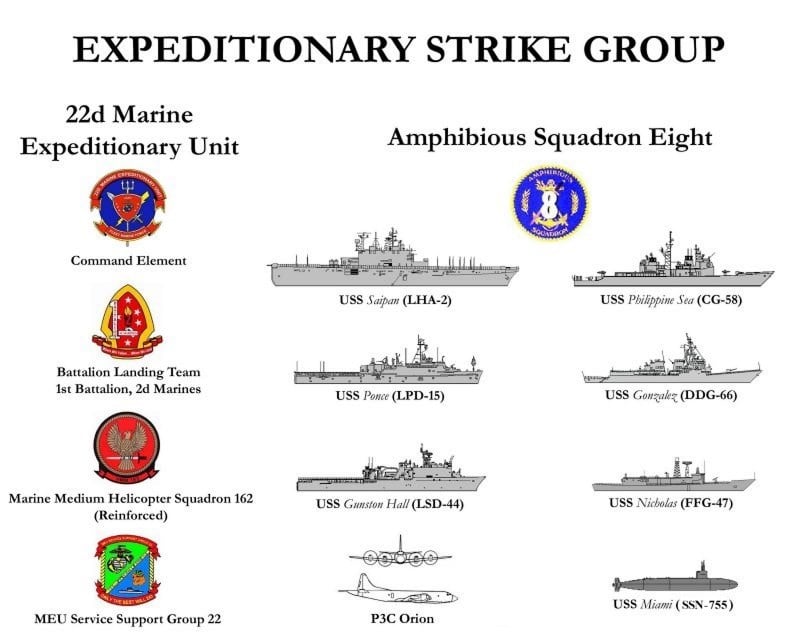 The composition of a 1990s era ESG

Ultimately, the services abandoned that ESG concept due to – among other problems – command and control issues. Since the 1990s, however, the ships in the ARG have changed. Today’s San Antonio-class amphibious transport dock (LPD-17) has significantly greater command and control capabilities than its predecessor – and it will be the basis of the dock landing ship (LSD) replacement, the LX(R), meaning the ARG will only grow more capable in the 2020s. Additionally, the newest amphibious assault ships are more capable, with the last Wasp-class LHD, USS Makin Island (LHD-8), having a hybrid electric drive propulsion system that can power more sophisticated shipboard systems, and the new America-class LHAs having enhanced aviation spaces optimize aviation operations that more closely resemble CSG operations.

Swift said those new air platforms like the MV-22 Osprey tilt-rotor and F-35Bs prompted the U.S. Pacific Fleet to give the idea another shot.

“I’ve had people criticize me because we’ve done this before and it’s failed. We’ve done it with some rigor. We did it with 3rd Fleet and it didn’t go well,” Swift said.
“One of the reasons it didn’t go well is that we don’t have the capacity and capability to support the concept. Two things have changed that. One is V-22 and the other is F-35Bs. The F-35 is an incredible platform just as a sensor. It sucks in so much data. It sucks in so much [situational awareness] it takes a flag officer in order to manage that. You get much better insights into the environment.” 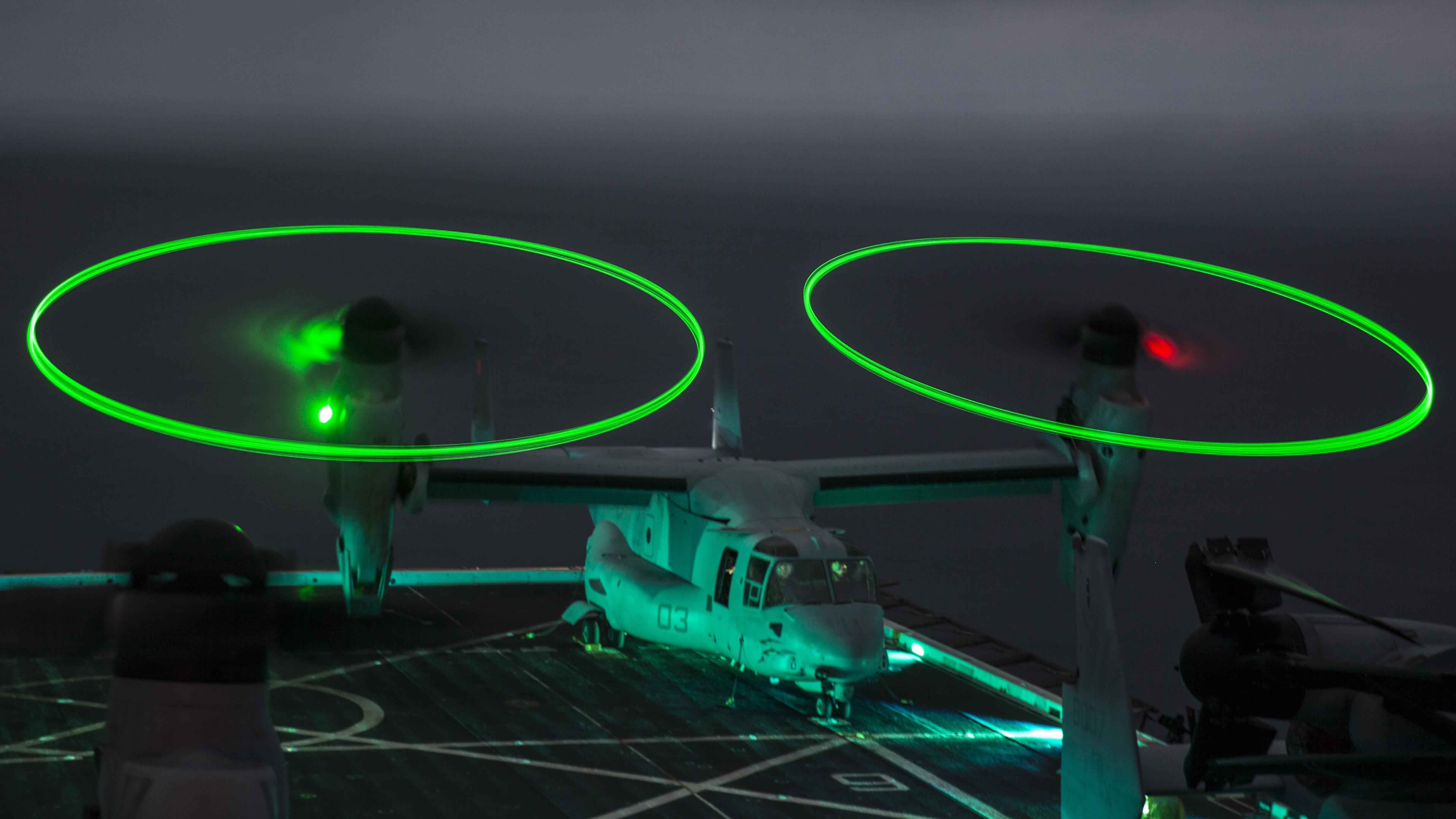 For example, while the upgunned ESG won’t have an equivalent of a CSG’s E-2 Hawkeye airborne early warning radar aircraft, the F-35’s onboard sensors could expand the targeting ability of the three-ship SAG. In September, the Navy successfully used sensor information from a F-35B to remotely target SM-6 missile in the Navy’s White Sands test range. The capability could pair the Wasp’s F-35s with a Baseline 9 destroyer operating with the ESG to extend the range of the air defense systems of the group. 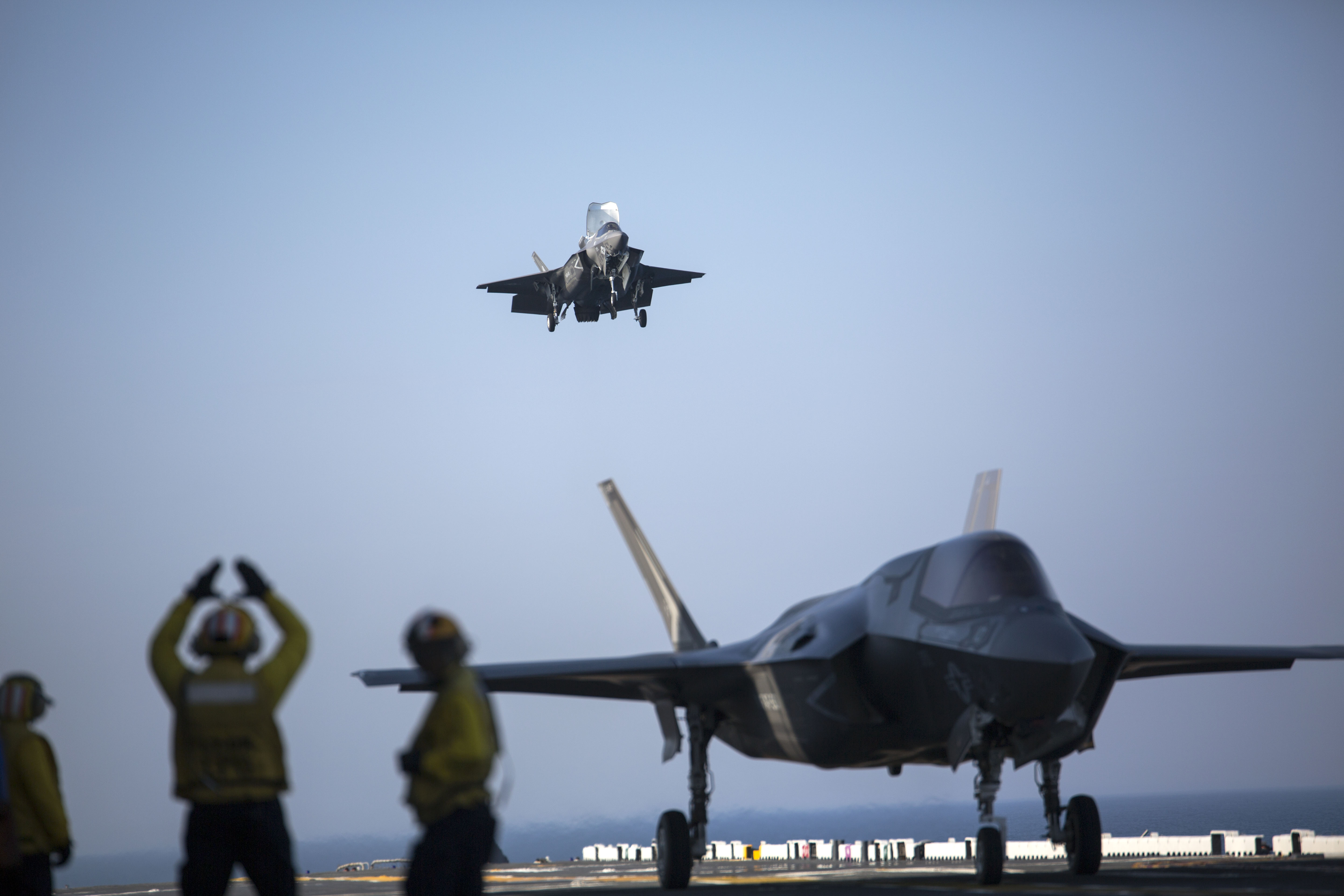 As to the MV-22s, Swift brought up the deployment of the Special Purpose Marine Air-Ground Task Force (MAGTF) from Spain to Somalia as an example of what a new ESG structure could bring.

“They flew that damn Special MAGTF to Somalia without touching any other country,” Swift said.
“That demands that we think different about an ESG.”

Part of the new ESG will use the lessons from this year’s deployment of a three-ship SAG controlled by 3rd Fleet – which wasn’t marked by overwhelming success.

“How has the PACSAG gone? It has been awesome because we’ve failed at every turn,” Swift said.
“It’s been such a rich learning environment. We’ve had communications issues, we’ve had integration issues… [Learning] that’s what this is all about.”

– Megan Eckstein contributed to this report.