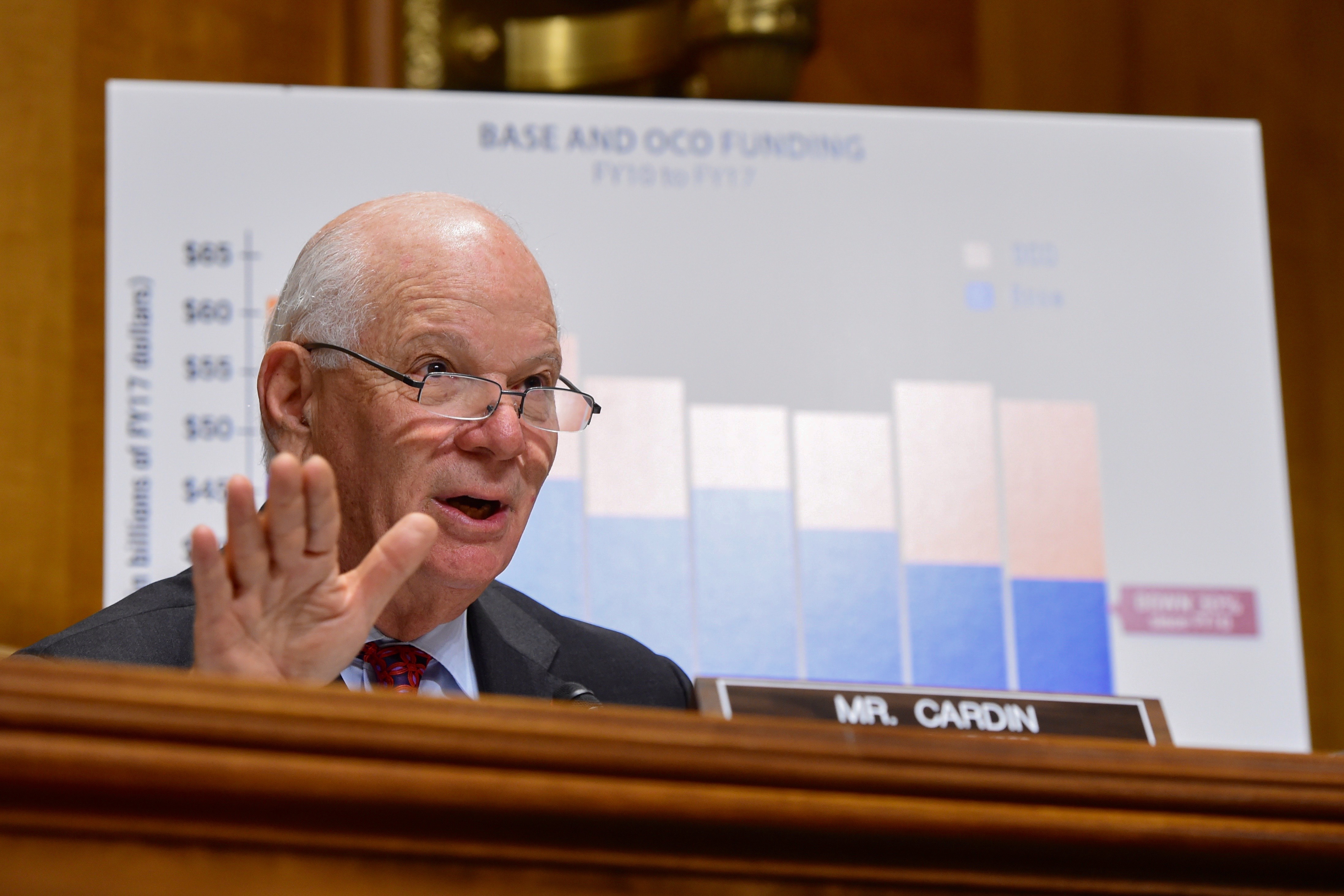 The ranking member on the Senate Foreign Relations Committee warned the incoming Trump administration to be very mindful of what Russia is doing all across Europe and in Syria when it chooses a nominee to be Secretary of State.

Speaking Thursday at the Center for International and Strategic Studies, a Washington, D.C., think-tank, Sen. Ben Cardin (D-Md.), said in answer to a question that while President-elect Donald Trump “is entitled to have his team,” that nominee should be a person “known for his or her skills” in diplomacy. “I want that type of person.”

The committee is the first hurdle any nominee must face before being confirmed by the Senate.

Russia has changed dramatically since Vladimir Putin returned to the presidency, he said. The new landscape “starts with the repression of its own citizens” such as the human rights activists, nongovernmental organizations, journalists and political opposition and extends well into its actions in Europe and the United States.

Looking at Moscow’s alleged intrusion into the American electoral process, Cardin said, “Congress also needs to respond to the cyber attack. He recently sent a letter to President Barack Obama calling for a “direct and proportionate response” to the hacking of Democratic Party files and e-mail accounts.

Cardin said he has been working with Democrats and Republicans in crafting legislation for the lame-duck session or the new Congress, which comes into office in January, that would impose sanctions on identified Russians for their involvement in the intrusion and new set of sanctions for targeted sectors of Russia’s economy for Moscow’s continued military support of separatists in the Ukraine and backing of the regime of Bashar al-Assad in Syria.

“We [also] should target Russian oligarchs” by cutting off their access to investments in the United States and Europe.

“We need to consider a European initiative” to strengthen democracy on the continent that is seeing the rise of right-wing nationalist political parties. In 2017, France and Germany will hold national elections.

Europe needs U.S. leadership in standing up to Russia, he said. “That is very true in NATO.” As a candidate, Trump questioned the value of the alliance to the United States when 23 of its 28 members do not meet the standard of spending 2 percent of their gross domestic product on national and collective security.

“This is a hot war” in eastern Ukraine, warranting those tougher sanctions, Cardin said. Putin and the Russian leadership “never intended to abide by the Minsk Accords” that called for a cease-fire and opening a dialogue between separatists and the Kiev government. Those moves in Ukraine are not unique, Cardin added, citing Russia’s backing of separatists in Georgia and meddling in Moldava; all were formerly part of the Soviet Union.

Moscow has “spent billions of dollars” to break up western European unity in confronting its seizure of Crimea, backing of pro-Russian fighters in Ukraine and keeping former Soviet republics from integrating with the rest Europe through economic coercion and disinformation campaigns.

“We all know what they are doing in Syria.” Cardin mentioned Russian air strikes on humanitarian convoys and the Kremlin’s condoning of Assad’s use of barrel bombs and use of chemical weapons in the civil war.

Cardin said he realizes these proposals “may not be in line with the president-elect’s [view] of Russia,” adding, “administrations always have problems taking action.”