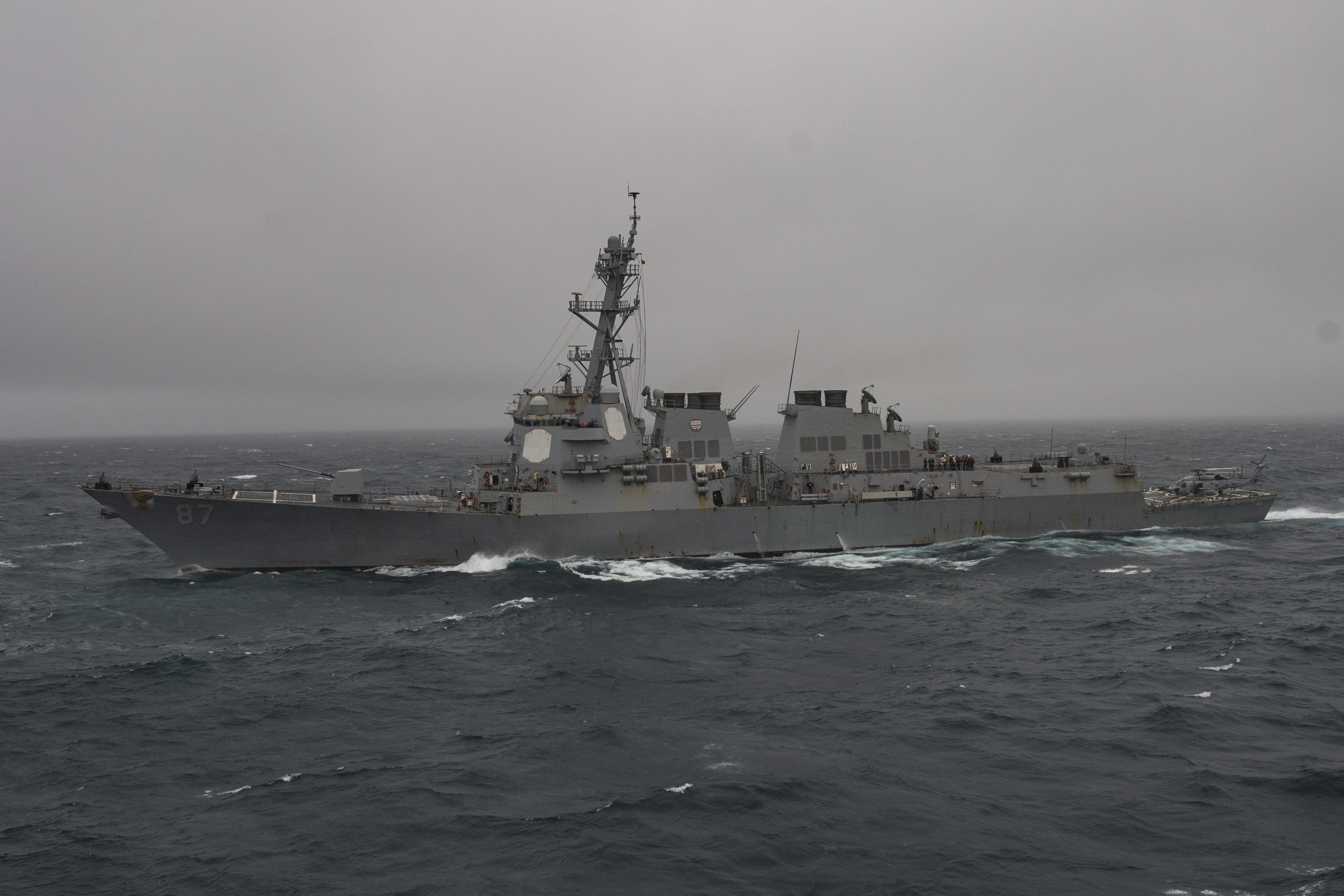 THE PENTAGON — The U.S. military is still unsure if a guided missile destroyer was attacked Saturday by anti-ship cruise missiles, a Defense Department spokesman told reporters on Tuesday.

Pentagon spokesman, Navy Capt. Jeff Davis, told reporters, “we actually have not confirmed that happened and we’re going back and looking at all the information to see what might or might not have happened and that’s where we are.”

While the military was quickly able to determine two previous attacks on Mason — one on Oct. 9 and another on Oct. 12 — were in fact cruise missile originating in Yemen and launched by Houthi rebels, Davis said there were fewer sensors in the area to make that call.

“I will tell you that we look at a lot of different points of information and it’s not just one single ship or one single radar system,” he said.
“When we make assessments what we did last week on what happened with the Mason then that was based on multiple sources of information.”

One defense official told USNI News that the military believes at least the first contact Mason tracked and launched countermeasures against was a cruise missile.

While Davis did not specify what counter measures were used in the most recent incident, Mason fired its own missiles to intercept the threats during both encounters.

“On Wednesday, during the second attack on the Mason, the Aegis system detected and tracked the missile and the ship’s crew responded and destroyed it,” Stars and Stripes reported.
The guided missile destroyer was operating with USS Nitze (DDG-94) and the USS Ponce (AFSB(I)-15). The trio have been operating in the vicinity of Bab el-Mandeb after the Oct. 1 attack on HSV Swift operated by the UAE.

It’s unclear if the U.S. will retaliate if they find Saturday’s the alleged attack wasn’t just a false reading on Mason’s sensors.