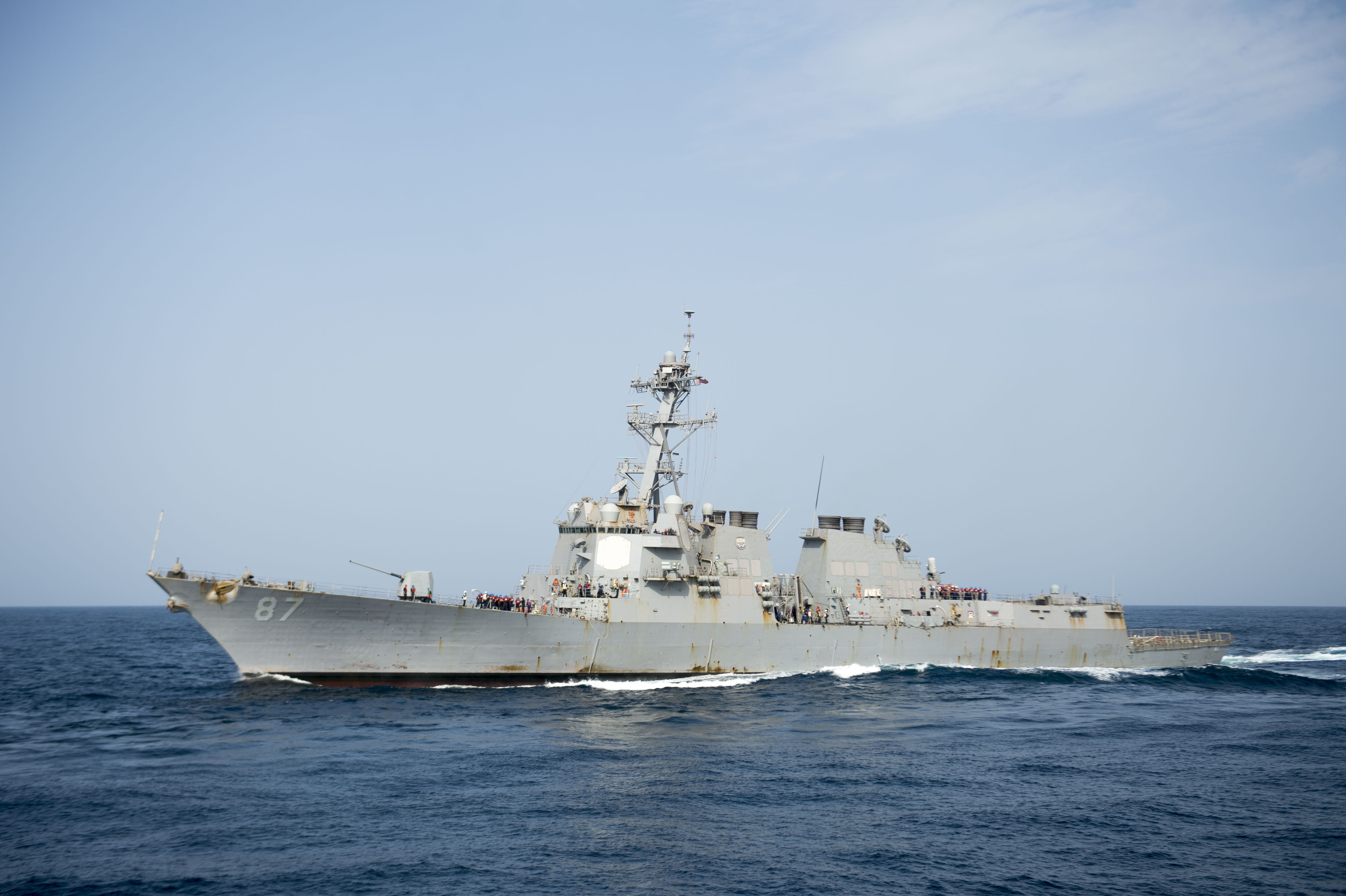 Mason was near the strait of Bab el-Mandeb in international waters when two missiles were fired from shore around 7 P.M. local time on Sunday, Pentagon spokesman Capt. Jeff Davis said to reporters.

“USS Mason detected two inbound missiles over a 60-minute period while in the Red Sea off the coast of Yemen. Both missiles impacted the water before reaching the ship,” Davis said, reported Reuters.
“There were no injuries to our sailors and no damage to the ship.”

The newswire quoted an unnamed defense official saying the first missile launched at Mason triggered unspecified countermeasures on the destroyer. The ship did not return fire.

The destroyer was operating with two other U.S. ships – USS Nitze (DDG-94) and USS Ponce (AFSB(I)-15) — that were tasked to the region following the attack on a UAE logistics vessel HSV Swift on Oct. 1.

Iran-backed Houthi forces claimed responsibility for the attack and warned other members of the Saudi-led coalition to stay away from Yemeni waters.

While the specific weapons used on Swift and Mason are unclear, at least one expert told USNI News last week that the strike on Swift appeared to have been Chinese-built C-802 anti-ship missile (NATO reporting name CSS-N-8 Saccade). The missile was briefly sold to Tehran by Beijing and it was reversed engineered by Iranian engineers and reproduced as the Noor missile.

The attack on Mason comes a day after a Saudi-led airstrike killed 140 and wounded more than 500 during a funeral in the Yemeni capital Sana’a. The Saudi-led bombing has prompted a review of U.S. support of the conflict fought between the coalition and the Houthis since last year, according to a report in The Wall Street Journal.

In addition to the attack on Mason, Houthi forces also launched two unsuccessful ballistic missile strikes against Saudi-led collation targets, according to a report in The Associated Press.