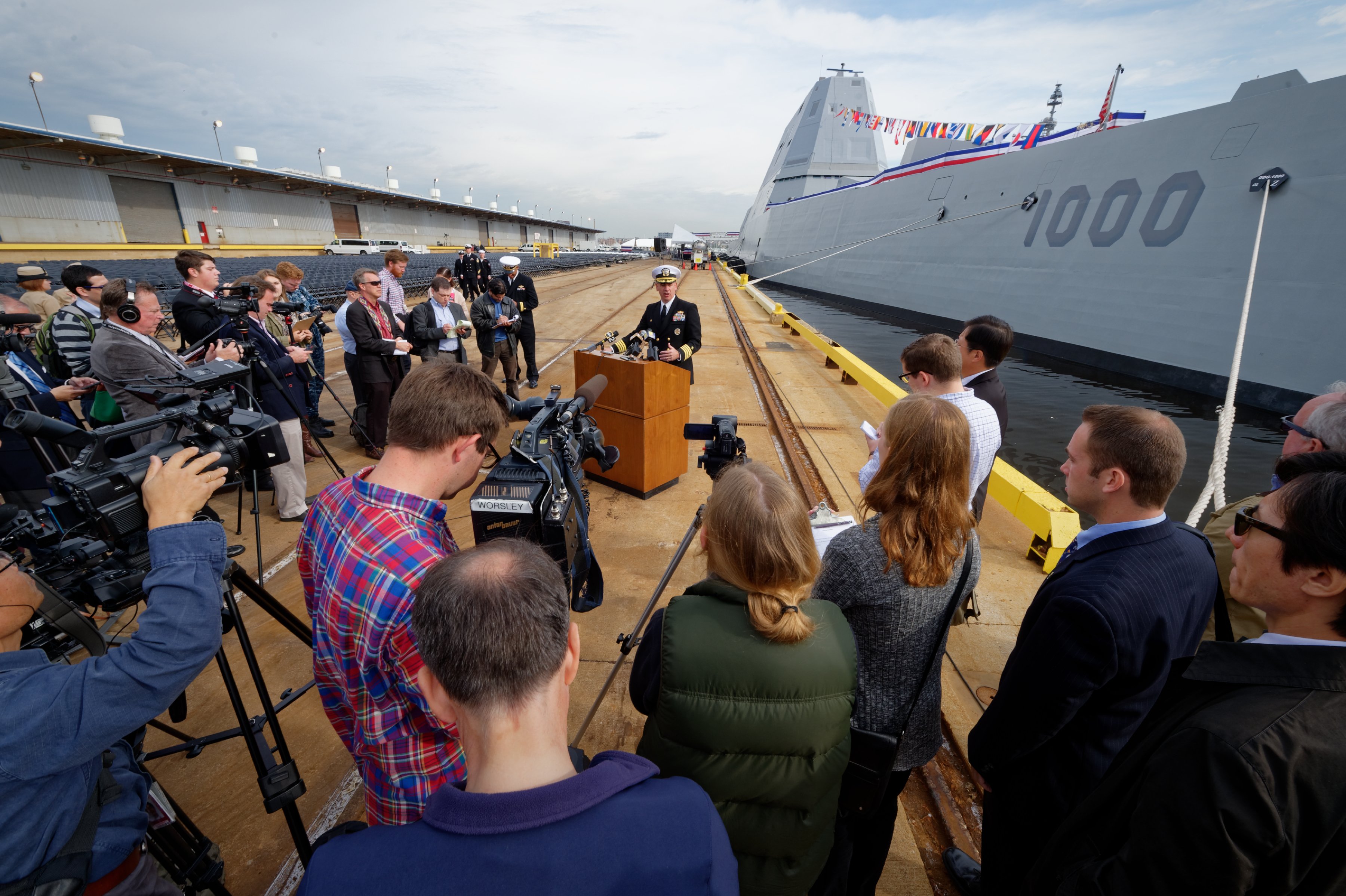 Capt. James A. Kirk, commanding officer of future USS Zumwalt (DDG 1000) answers questions from the media ahead of the ship’s commissioning on Saturday. US Navy Photo

On Saturday, the guided missile destroyer Zumwalt (DDG-1000) will formally enter the U.S. Navy fleet in Baltimore in an act of pageantry that goes back thousands of years – the commissioning ceremony.

As late as 3,000 B.C., a Babylonian narrative described the sacrifice of an ox to the gods to protect sailors at the completion of a new ship, according to the U.S. Navy’s History and Heritage Command. In ancient Greece those who launched a ship, “wreathed their heads with olive branches, drank wine to honor the gods, and poured water on the new vessel as a symbol of blessing.”

Today the commissioning ceremony is the last of three ceremonial stages in the early life of a U.S. warship. The first stage is the keel-laying in which construction of the ship is formally started. It is usually accompanied by a modest ceremony attended by Navy officials and representatives from the shipyard. The second stage is the christening and launching which is the ceremony that most of the public associates with a new ship. After the sponsor smashes a bottle against the bow, the ship is placed into the water for the first time though larger ships such as aircraft carriers may have already had the dry dock flooded. It is actually after the third stage, the commissioning ceremony, that a ship gains its crew and begins its Navy career. 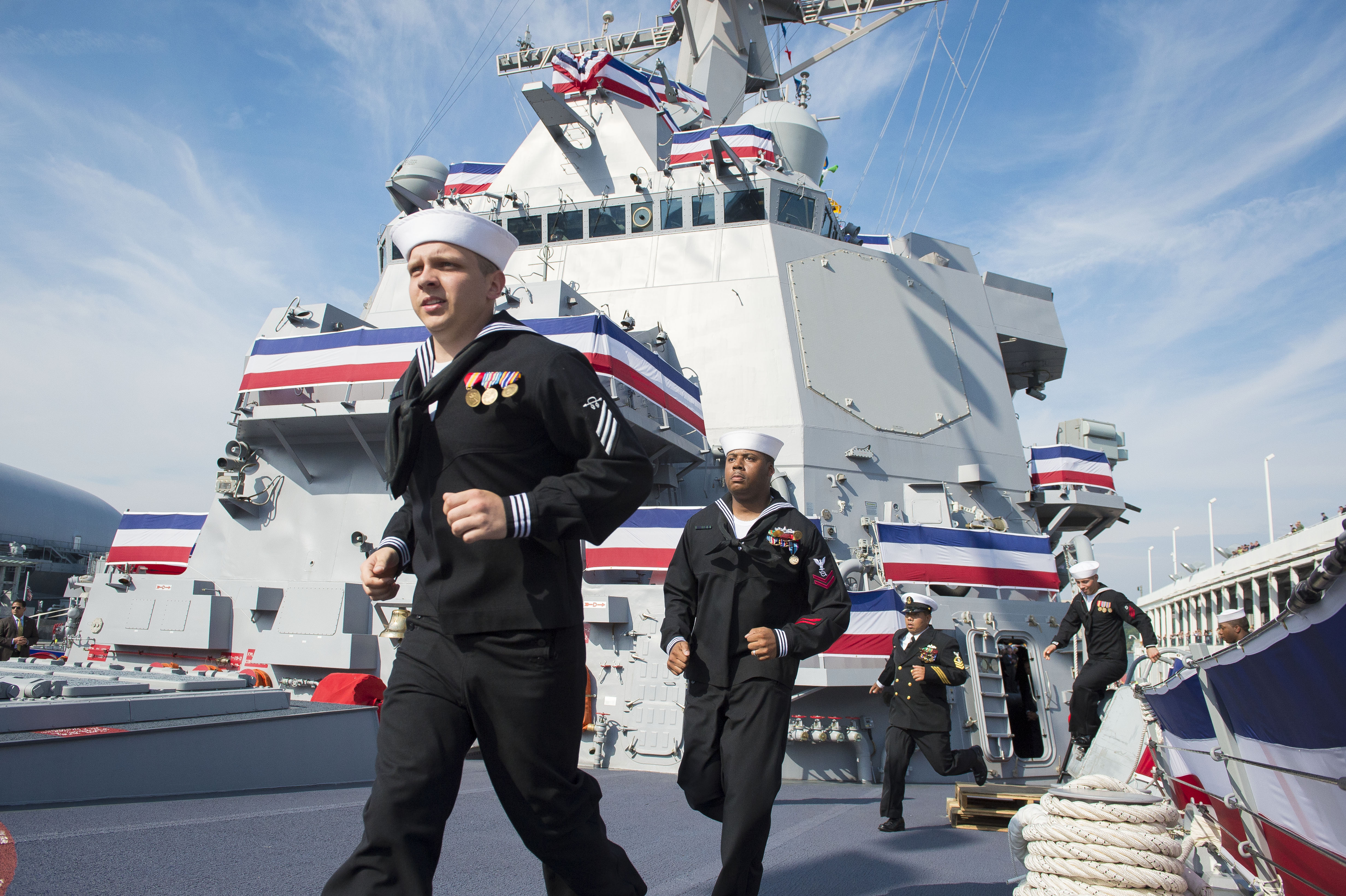 The ship’s officers and crew man the ship during the commissioning ceremony of the Arleigh-Burke class destroyer USS Michael Murphy (DDG-112) in 2012. US Navy Photo

The U.S. Navy has held ship commissioning ceremonies since its inception in 1775 but for centuries they were little more than brief formalities.

“Placing a battleship in commission is a very quiet and simple affair” wrote U.S. Navy sailor Thomas Beyer in 1906. “The captain musters all hands aft on the quarterdeck and reads out his orders, which state that the Navy Department has ordered him to assume command of the ship, etc. The orders on the commissioning having been read and ‘Old Glory’ hoisted, the ship is then entered upon the ‘active list’ of naval vessels.”

Over the centuries, the commissioning ceremony has evolved from a matter of protocol for the crew into a grand spectacle that can attract tens of thousands of spectators. In addition to the hoisting of the colors and commissioning pennant and the setting of the first watch, the highlight of the event is when the ship’s sponsor gives the first order to the ship’s company telling them to “man our ship and bring her to life!” The crew then rushes up the gangplanks and mans the rails of the ship while a Navy band plays “Anchors Aweigh.”

However, the Navy’s limited budget means that it still only arranges for the basics such as the speaker’s platform, the public address system and the band. On a hot day, the Navy may spring for bottled water out of concern for health of the attendees. Everything else is provided for by a commissioning committee. Commissioning committees are formed by organizations such as the Navy League of the United States to serve as a link between the Navy and the community. 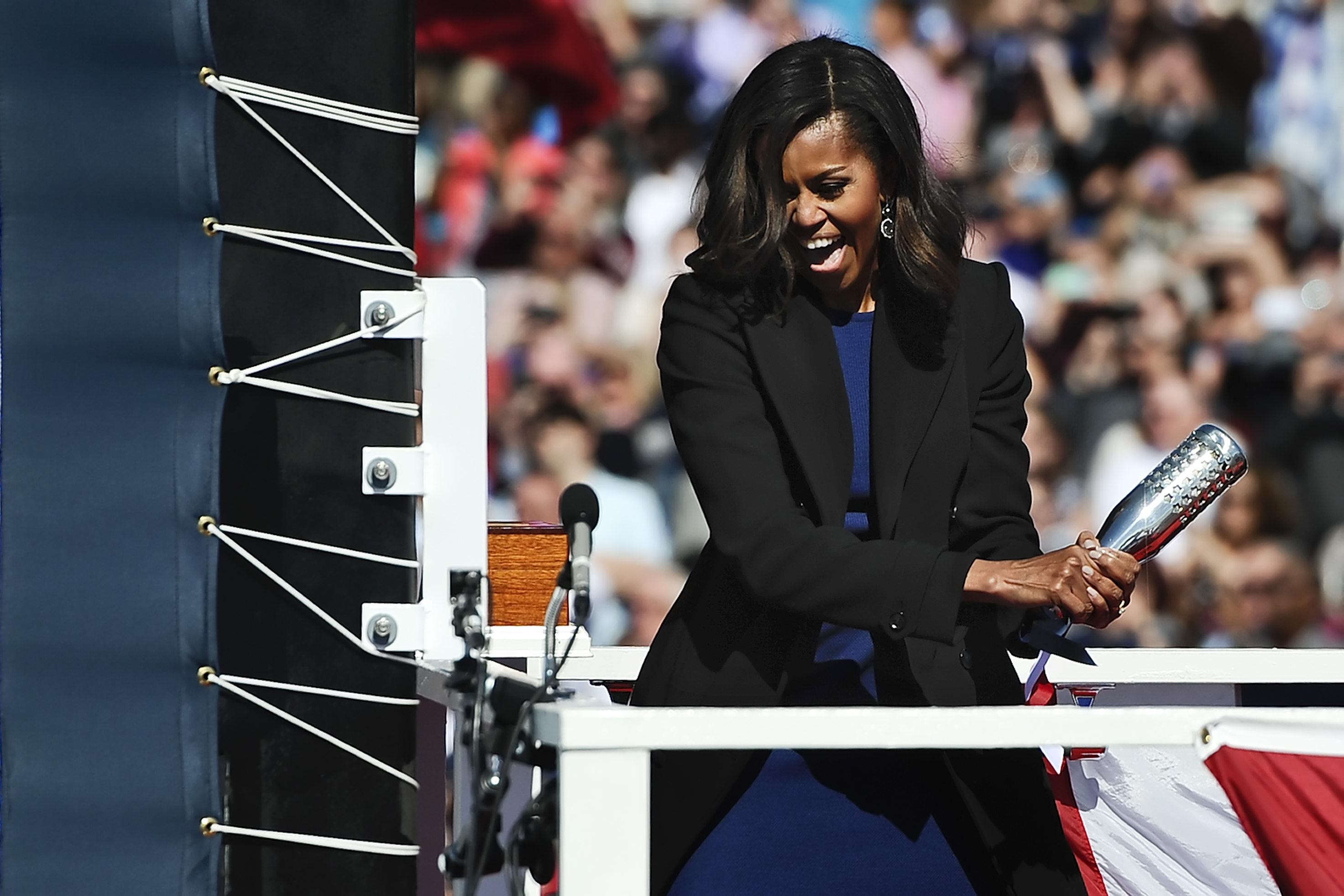 “We support what the Navy doesn’t fund,” said Maryellen Baldwin, President & CEO of Navy League Hampton Roads, who serves as a commissioning coordinator.

Navy regulations limit the ceremony to one hour, which is not enough time for all the members of community who want to be part of the event and learn more about the ship. To create more opportunities for the public to get involved, the Navy League coordinates social functions that allow for people to tour the ship and talk to the crew.

“People take pride and interest in the ship and want to know ‘where do sailor live, where do sailors eat?’,” said Baldwin. “You cannot do anything better than let people see the ship and meet the sailors. It gives ordinary Americans a better understanding of what the Navy does. It’s the best advertising the Navy can get.””

The Navy League also works to improve the quality of life of the sailors by funding ship enhancements. 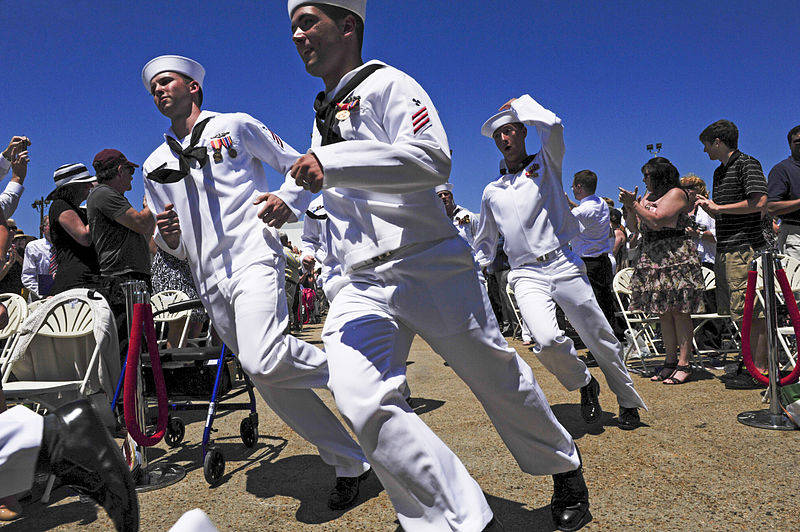 Sailors rush to man USS Mississippi in 2015. US Navy Photo

“We take on many projects like creating a tribute room to the ship’s namesake, expanding the material in the ship’s library, supplying equipment for the exercise room, adding stained glass windows to the chapel and upgrading the learning center,” said Baldwin

These community events and and ship improvements come at great expense. For all the projects being planned for the commissioning of USS Gerald R Ford (CVN-78) on a date still to be determined, the estimated cost will be $5 million. The Navy League relies on donations to fund their efforts on behalf of the sailors and the community.

The commissioning committee is also creating a scholarship for all dependents of personnel serving on USS Gerald R. Ford. The program will be administered by Wings over America Scholarship Foundation which awards money towards college for dependents of the Navy Aviation community.