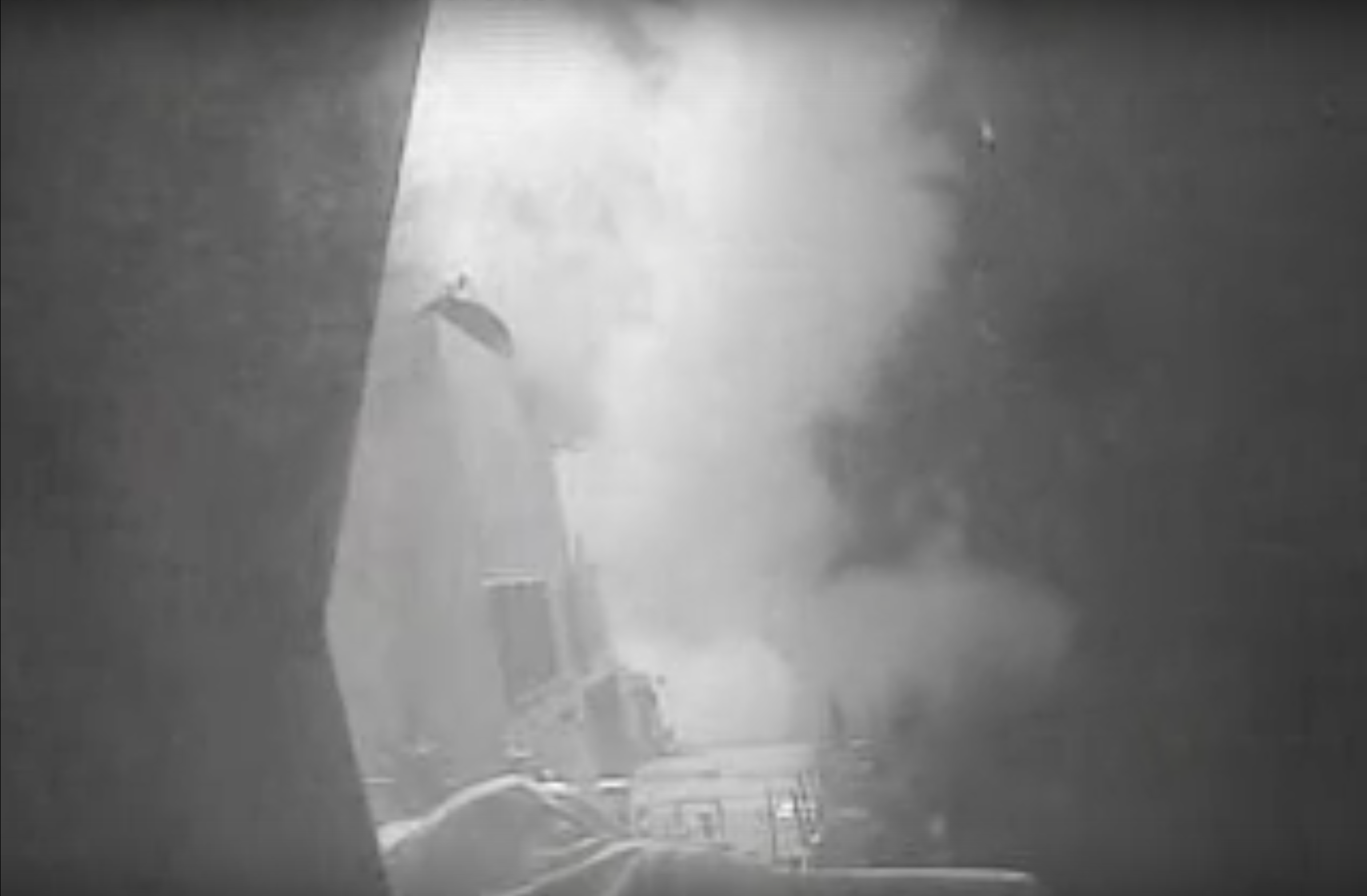 This post has been updated with additional comments from Chief of Naval Operations Adm. John Richardson.

A Navy guided missile destroyer launched an attack against three radar sites in Yemen with Tomahawk cruise missiles in response to recent attacks on U.S. ships in the region, the Pentagon announced late Wednesday.

USS Nitze (DDG-94) launched an unknown number of the Tomahawks against the installations along the Red Sea and north of the strait of Bab el-Mandeb around 4 a.m. local time on Thursday (about 9 p.m. Wednesday EST).

“Initial assessments indicate that all three targets were destroyed,” read a statement from a U.S. defense official issued to the press late Wednesday.
“These radars were active during previous attacks and attempted attacks on ships in the Red Sea, including last week’s attack on the USA-flagged vessel “Swift-2″, and during attempted attacks on USS Mason and other ships as recently as today.”

Pentagon spokesman Peter Cook described the attack as, “limited self-defense strikes were conducted to protect our personnel, our ships, and our freedom of navigation in this important maritime passageway,” that were authorized by President Barrack Obama on the recommendation of Secretary of Defense Ash Carter and Chairman of the Joint Chiefs of Staff Gen. Joseph Dunford.

“The United States will respond to any further threat to our ships and commercial traffic, as appropriate, and will continue to maintain our freedom of navigation in the Red Sea, the Bab el-Mandeb, and elsewhere around the world,” Cook said in the statement.

Iran-backed Houthi forces have threatened attacks against ships in their “territorial waters,” according to Iranian state press.

Newswire Reuters quoted a U.S. official who said, “the areas in Yemen where the radar were located as near Ras Isa, north of Mukha and near Khoka. “Shipping sources told Reuters sites were hit in the Dhubab district of Taiz province, a remote area overlooking the Bab al-Mandab [strait] known for fishing and smuggling,” wrote the wire.

The U.S. retaliatory strikes come as the guided-missile destroyer USS Mason (DDG-87) fended off two sets of anti-ship cruise missile attacks over the last week – the most recent occurring on Wednesday.

In at least one encounter on Sunday, Mason fired three missiles to protect the ship and its crew from attack.

Chief of Naval Operations Adm. John Richardson compared the mission of Mason and Nitze to the early roles of the U.S. Navy during a speech on the service’s 241st birthday in Mechanicsburg, Pa.

“You had USS Mason, USS Nitze in a geographic choke point in the Bab el-Mandeb protecting freedom of navigation and our national interests,” he said.
“After defending themselves against a couple of coastal defense cruise missiles shots this weekend and — then again yesterday – [U.S. leadership] decided enough was enough and they launched a five missile strike into Yemen to take out the radars that controlled those cruise missiles.”

“The team on USS Mason demonstrated initiative and toughness as they defended themselves and others against these unfounded attacks over the weekend and again [Wednesday],” he said.
“All Americans should be proud of them.”

Nitze, Mason and the afloat forward staging base USS Ponce (AFSB(I)-15) have been operating off the coast of Yemen in the vicinity of Bab el-Mandeb following the attack on the high speed logistics vessel HSV Swift in which rebels used what is widely believed to be a Chinese built C-802 anti-ship missile to severely damage the ship earlier this month.

The following is the complete Oct. 12, 2016 statement from Peter Cook on the strikes.

Early this morning local time, the U.S. military struck three radar sites in Houthi-controlled territory on Yemen’s Red Sea coast. Initial assessments show the sites were destroyed. The strikes — authorized by President Obama at the recommendation of Secretary of Defense Ash Carter and Chairman of the Joint Chiefs General Joseph Dunford — targeted radar sites involved in the recent missile launches threatening USS Mason and other vessels operating in international waters in the Red Sea and the Bab al-Mandeb. These limited self-defense strikes were conducted to protect our personnel, our ships, and our freedom of navigation in this important maritime passageway. The United States will respond to any further threat to our ships and commercial traffic, as appropriate, and will continue to maintain our freedom of navigation in the Red Sea, the Bab al-Mandeb, and elsewhere around the world.