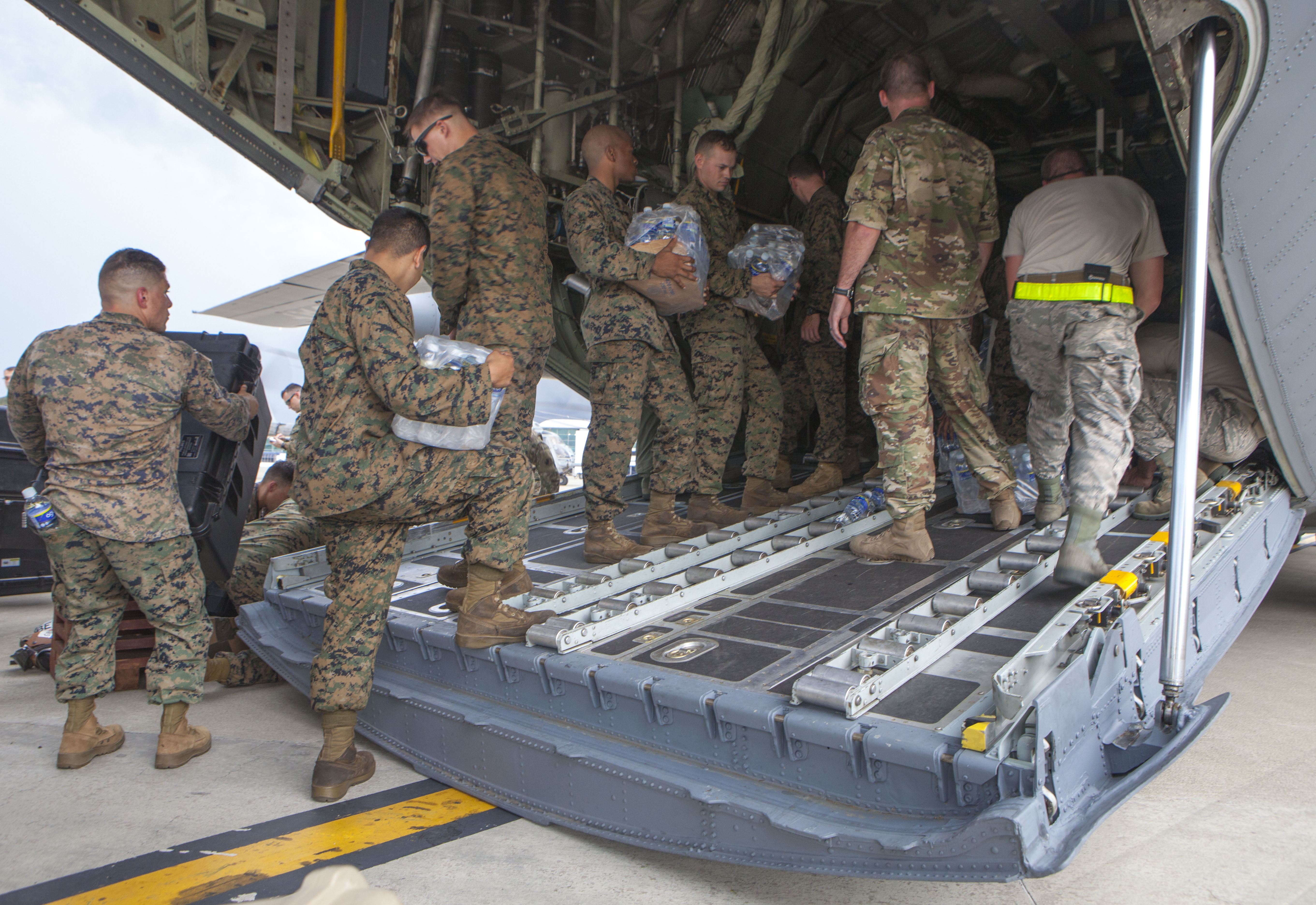 More than 420 Marines on two Navy ships are preparing to head to the Caribbean if called upon to respond to Hurricane Matthew, and a portion of the Marine Corps unit working in Central America is already in Haiti.

The Marines and soldiers have been unloading their equipment in Haiti and are expected to begin disaster relief operations tomorrow, Daviu said. The U.S. Agency for International Development’s (USAID) Office of U.S. Foreign Disaster Assistance (OFDA) began the early work of identifying the hardest hit areas and regions that have been cut off due to damaged bridges and roads, Daviu said. In Haiti, southern regions of the island nation have been completely cut off from the capital of Port-au-Prince, meaning military helicopters are the only way to reach residents there.

OFDA prepositioned aid supplies on the island before the storm hit, and the Marines and soldiers operating from near the Port-au-Prince airport will begin delivering the supplies tomorrow. 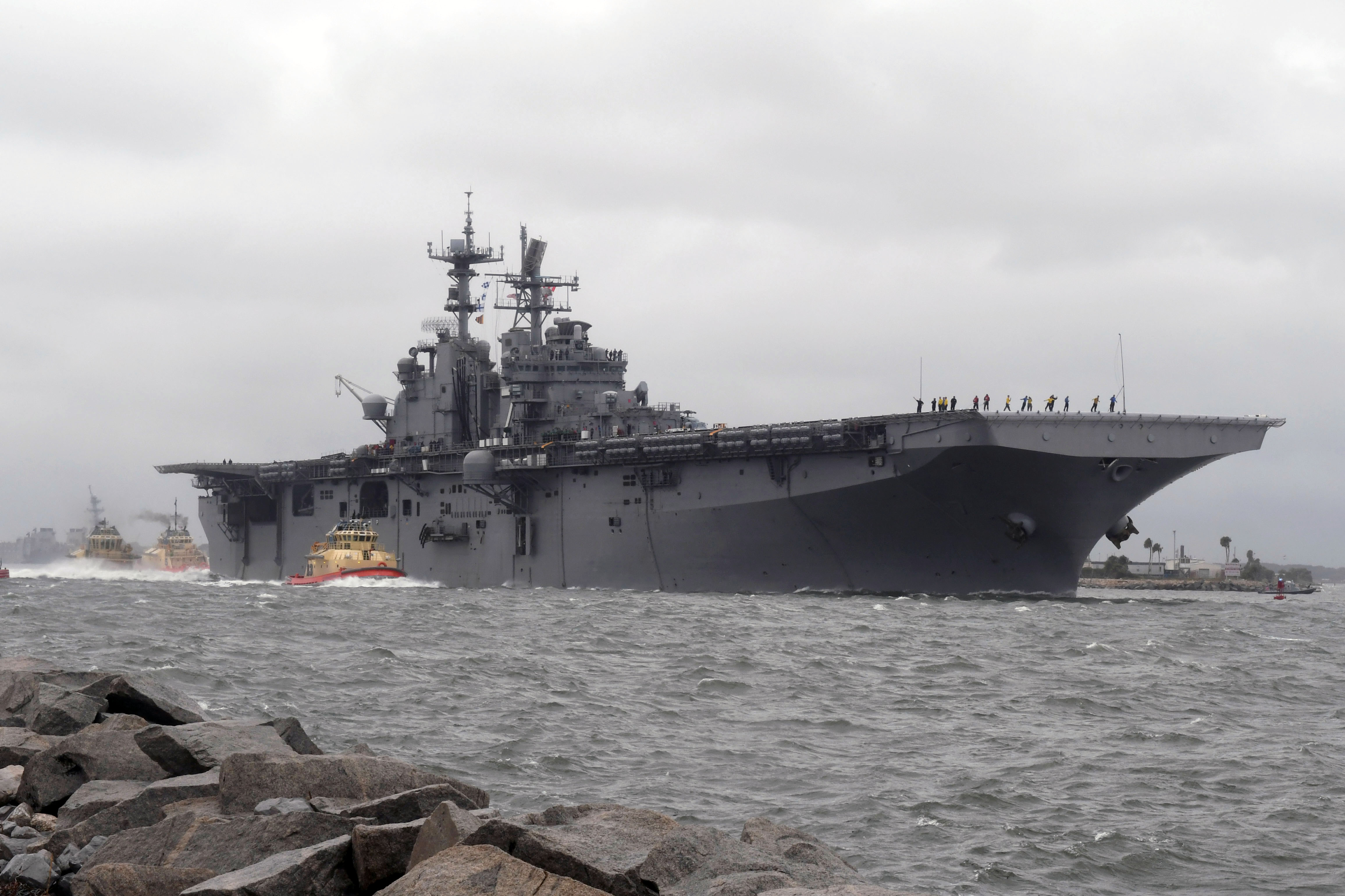 Meanwhile, depending on the damage the hurricane causes while passing through the Bahamas en route to Florida, the Navy and Marine Corps have readied two ships and 420 Marines. Aircraft carrier USS George Washington (CVN-73) left Norfolk, Va., Tuesday with 171 Marines and five MV-22 Osprey tiltrotors in anticipation of being called upon for a humanitarian assistance mission, Marine Corps spokeswoman 1st Lt. Danielle Phillips told USNI News. Amphibious warship USS Mesa Verde (LPD-19) was set to leave yesterday with 250 Marines and three CH-53E heavy-lift helicopters. The Marines aboard these two ships come from the 24th Marine Expeditionary Unit out of Camp Lejeune, N.C.

Phillips said amphibious assault ship USS Iwo Jima (LHD-7), which left Naval Station Mayport, Fla., to ride the storm out at sea, would replace Mesa Verde as the amphibious ship accompanying the aircraft carrier, if called upon, though it is unclear at this time whether the Marines already aboard Mesa Verde would fly to Iwo Jima or if different Marines would deploy instead.

So far Haiti is the only country that has requested assistance through the U.S. State Department and USAID, SOUTHCOM Commander Adm. Kurt Tidd said in a press conference yesterday, according to a press release. 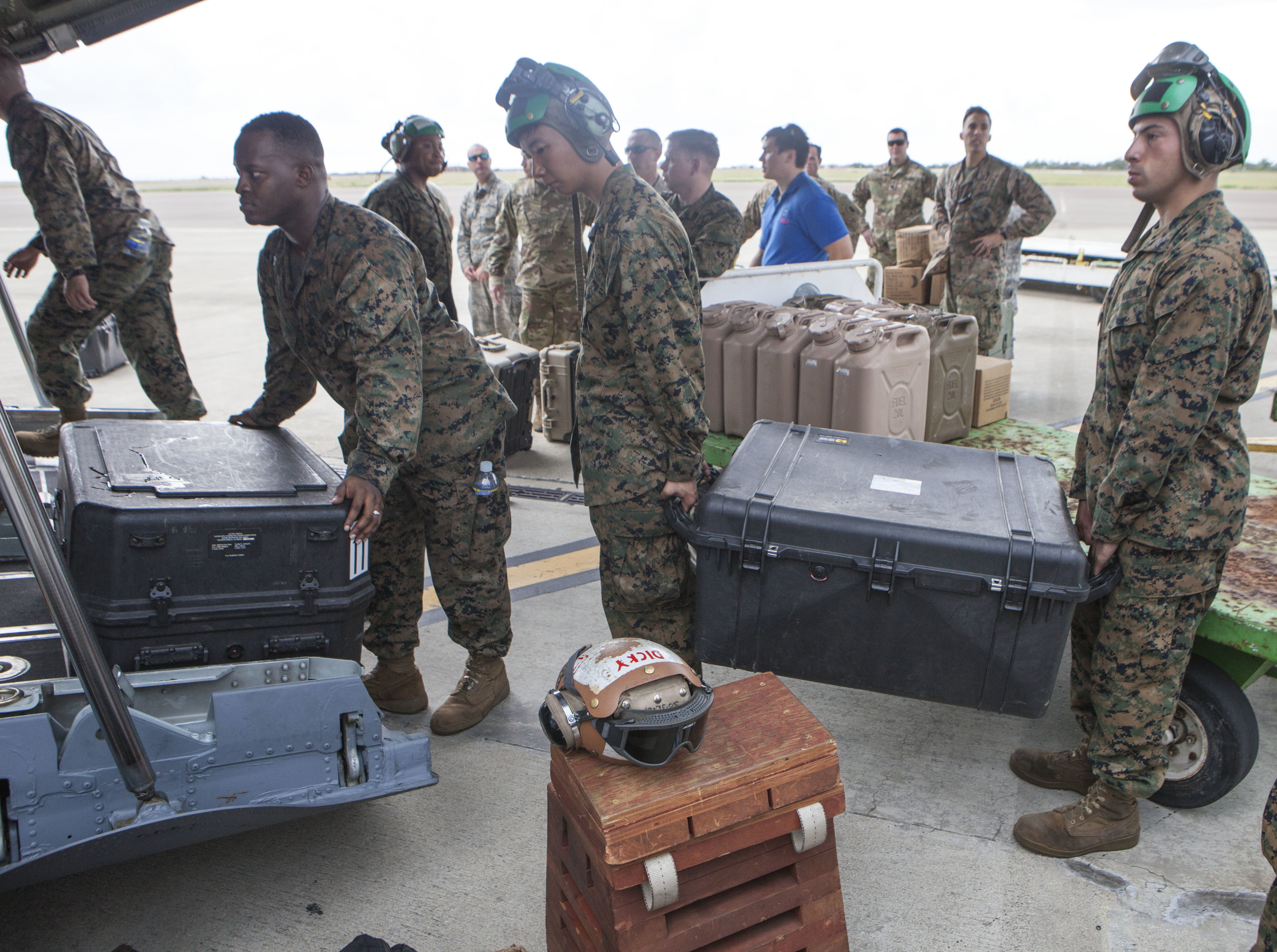 Daviu said the SP MAGTF Southern Command was created with hurricane response in mind. The group deployed for the first time last year from June through November with active component Marines, and this year’s hurricane season deployment brought together reservists from multiple states. While the aviation component flew to Haiti to assist in the disaster relief mission there, engineers are still in Honduras building schools and a hospital in remote regions of that country, and other Marines from the MAGTF are elsewhere in Central America training partner militaries on counter-trafficking and other missions. Daviu said the 300-Marine force spread out in five countries is doing exactly what it was designed to do – responding to crises and supporting partner nations.

SOUTHCOM’s Joint Task Force-Bravo consists of about 600 U.S. servicemen and women and about 600 American and Honduran civilians at Soto Cano Air Base. “JTF-Bravo organizes multilateral exercises and supports, in cooperation with our partner nations, counter transnational organized crime, humanitarian assistance/disaster relief, and building partner capacities to promote regional cooperation and security in the Caribbean, Central America, and South America,” according to the JTF’s website.