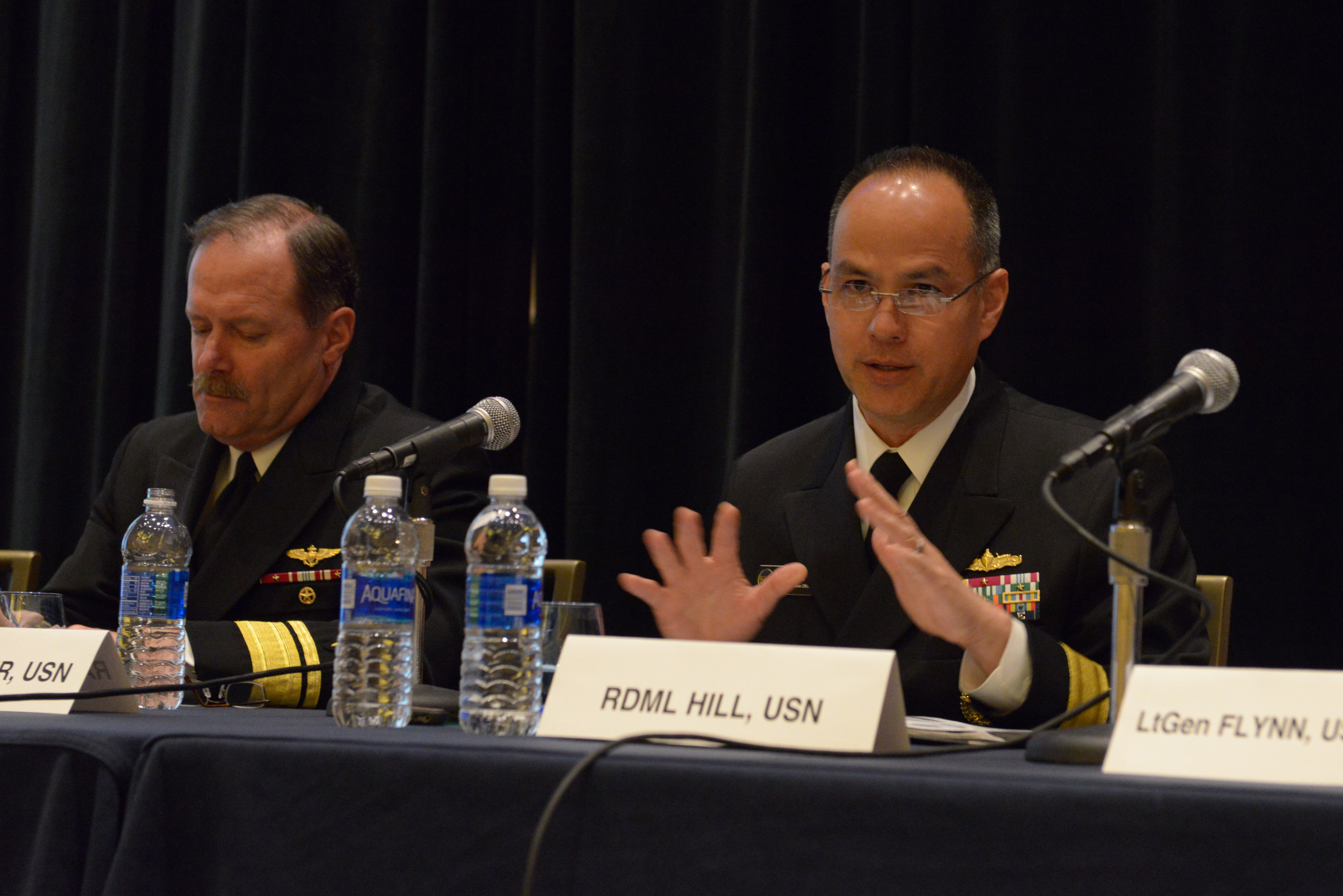 Rear Adm. Jon Hill, Program Executive Officer, Integrated Warfare Systems, speaks at a roundtable during the 2016 Sea-Air-Space Exposition in May. US Navy photo.

Rear Adm. Jon Hill was selected to serve as the next deputy director of the Missile Defense Agency, keeping a Navy voice in discussions about national and international ballistic missile defense.

Hill has served as the Program Executive Officer for Integrated Warfare Systems (PEO IWS) since July 2014, and he worked as director for cruiser and destroyer combat systems in PEO IWS and Aegis Combat Systems major program manager before that. As Aegis MPM he oversaw the delivery of Naval Integrated Fire Control and Counter Air (NIFC-CA) and Integrated Air and Missile Defense (IAMD) capabilities to the first cruisers and destroyers.

Hill’s extensive knowledge of these systems will carry over to the MDA position – MDA is in charge of the operations of the Aegis Ashore site in Romania, and it coordinates with the Navy on developing and fielding the Aegis Ballistic Missile Defense (BMD) capability. PEO IWS and MDA regularly conduct tests together on components of MDA’s Ballistic Missile Defense System, such as Aegis BMD and the Standard Missile-3 and SM-2 missiles.

Four years ago, Vice Adm. Jim Syring – who had also served as PEO IWS – assumed command of MDA, the first time a Navy admiral had led the agency, in a nod to the increasing role of naval systems in national and international ballistic missile defense. Hill’s assignment as deputy director will keep naval knowledge and experience in the agency’s top leadership.

Air Force Lt. Gen. Sam Greaves was confirmed by the Senate earlier this month to serve as MDA director. No timeline has been announced yet for Greaves and Hill beginning their work at MDA.