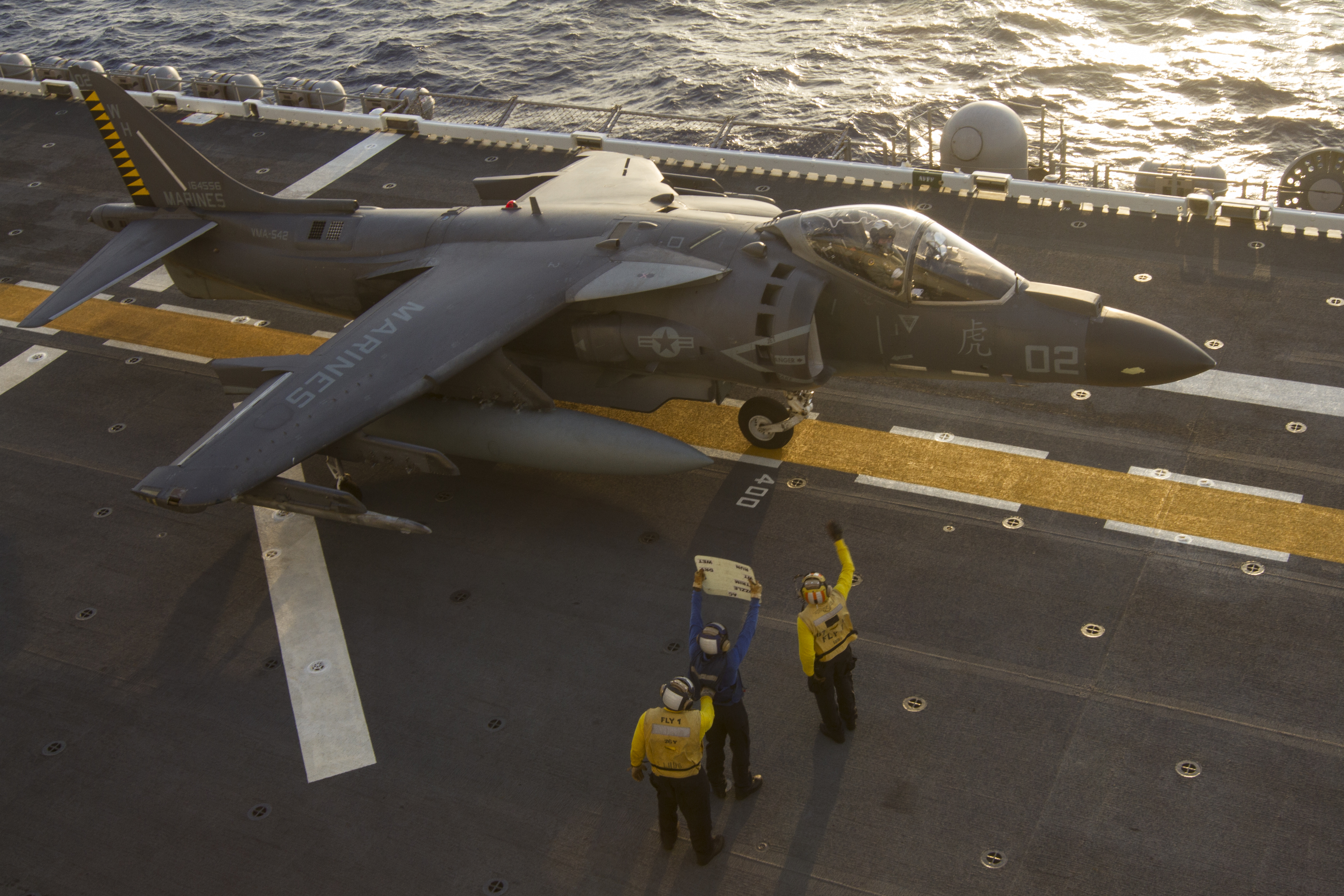 All Marine Corps AV-8B Harrier jets operating out of Okinawa, Japan, have been ordered to take an operational pause after a crash yesterday.

A Harrier crashed into the ocean about 100 nautical miles east of Okinawa, and the pilot safely ejected and was rescued by a U.S. Air Force unit and the Japan Coast Guard. The pilot has since been released from the hospital, the Marine Corps said in a statement today.

III Marine Expeditionary Force Commander Lt. Gen. Lawrence Nicholson ordered a temporary operational pause after the crash to allow for a detailed inspection of all jets.

It is common practice for units to execute operational pauses following a significant mishap,” the Marine Corps statement reads.
“During this period, every AV-8B will be inspected to ensure they meet operational readiness standards. Each aircraft has a highly trained and dedicated maintenance crew. These crews conduct pre-flight inspections, pilot inspections, and post-flight inspections in conjunction with each scheduled flight mission.”

The service is still investigating the crash and has not released any details regarding what mission the pilot was performing or what the cause of the crash might have been.