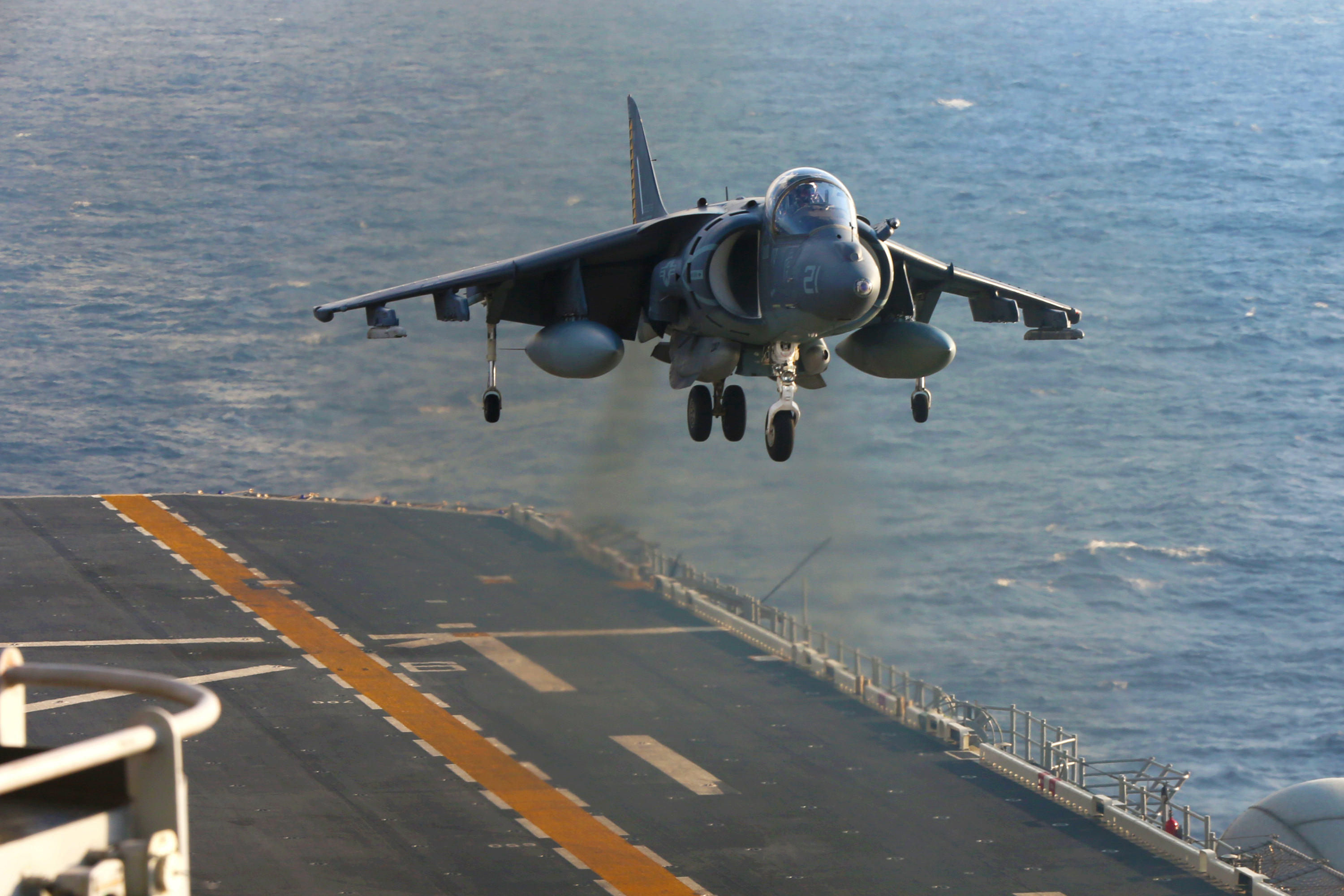 A Marine Corps AV-8 Harrier crashed about 100 nautical miles off the coast of Okinawa, Japan, today, and the pilot was rescued after safely ejecting from the plane.

The Harrier pilot was assigned to the 31st Marine Expeditionary Unit in Okinawa.

The Marine Corps is investigating the crash.