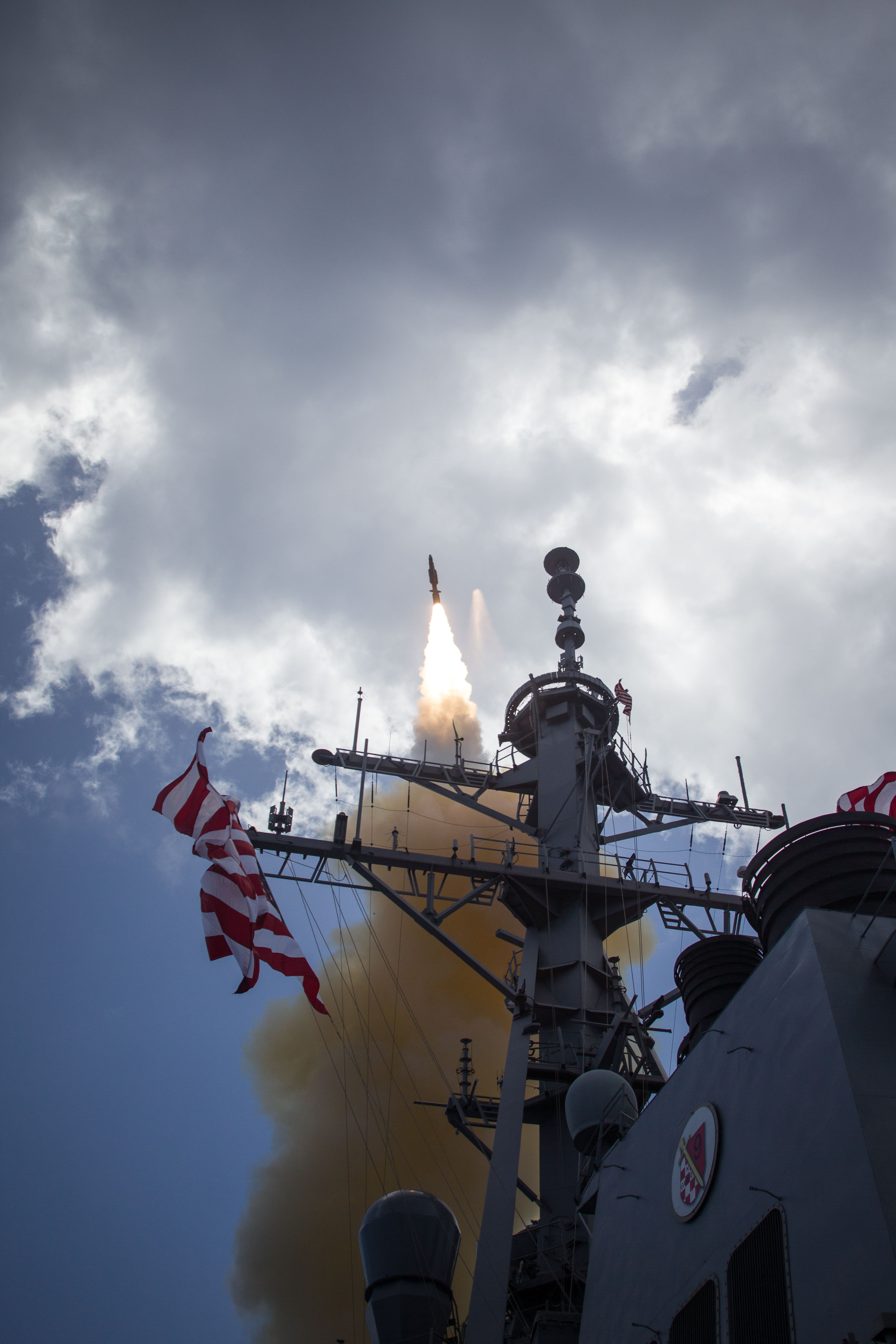 The test — announced earlier this month by the head of the U.S. Missile Defense Agency Adm. James Syring – will not only be the first for the new Raytheon SM-3 Block IIA BMD interceptor but also the next for the Baseline 9.2 software build of Aegis IAMD capability, Paul Klammer, director, Aegis BMD at Lockheed Martin told USNI News.

The Baseline 9.2C software will allow the Aegis destroyer to provide the SM-3 IIA targeting information from a sensor beyond the range of the ship’s SPY-1 to “engage-on-remote.”

“Engage-on-remote gives us the capability to shoot down a threat solely based on data from an external provider,” Klammer said.

That means the ship could take cueing information from an asset like a satellite.

While next month’s planned SM-3 Block IIA test will use the Baseline 9.2C build but won’t use the engage-on-remote, but build to it in later tests.

The SM-3 Block IIA shot from the guided missile destroyer will be the missile’s first intercept test, in what Syring called in early August, “a big deal.” Japan and the U.S. tested the missile from shore in December.

“It will send a message around the world on what Aegis is doing and what Standard Missile is doing to defeat the threat,” he said during the Space and Missile Defense Symposium, according to Space News.

The new missile — with longer legs to defend against medium range ballistic missiles – is being developed in conjunction with Japan, according to Raytheon.

“It has two distinct new features: larger rocket motors that will allow it to defend broader areas from ballistic missile threats and a larger kinetic warhead,” the company said in a statement.

In addition to being fielded on Aegis destroyers, SM-3 Block IIA is also planned to be used by the Poland installation of Aegis Ashore by 2018.