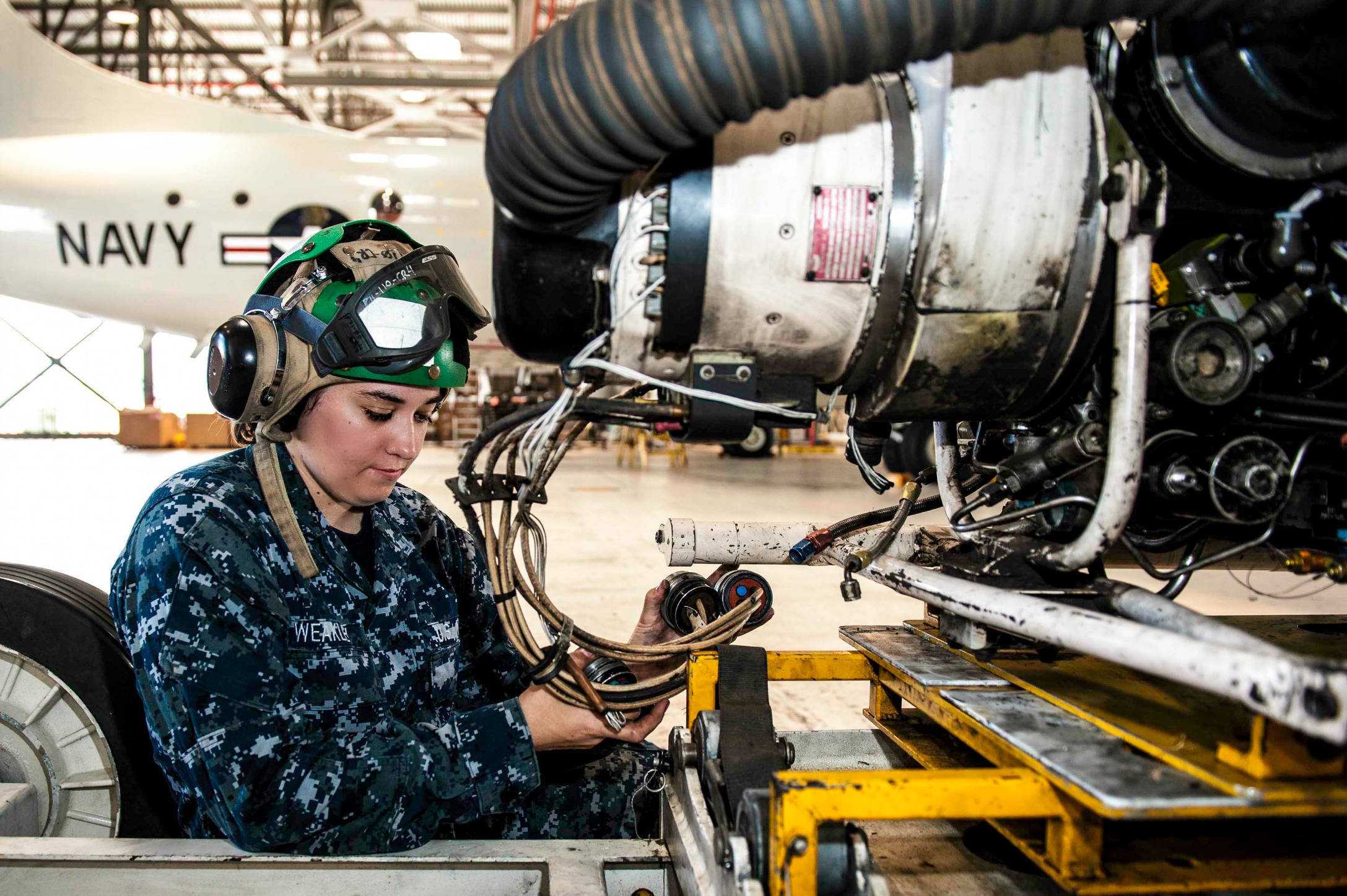 WASHINGTON, D.C. – The Navy’s aviation budget is out of balance for rebuilding readiness among non-deployed units, with more flight hours funded than can be executed due to logistics shortfalls that prevent the service from having enough ready-to-fly airplanes, the Navy’s Air Boss said today.

Though the most visible challenge to aviation readiness is a backlog of legacy F/A-18 Hornets at depots awaiting service life extension work, Commander of Naval Air Forces Vice Adm. Mike Shoemaker said some pilots could be flying more if smaller “enabler accounts” – such as those that allow squadrons to buy spare parts ahead of need and pay for contract logistics support – were sufficiently funded.

“We obviously pay attention to the flight hours accounts because that directly translates to readiness,” he said of the budget during a talk at the Center for Strategic and International Studies co-hosted by the U.S. Naval Institute.
“But what we’ve seen since we’ve come through the heavy-use period and recovering from sequestration, we’ve seen that we’re not able to fully execute those accounts because we don’t have sufficient up airplanes on the flight lines to fly.”

He noted one enabler account in particular, the air systems support account, that “gets at the emergent readiness issues on the flight line, so the people and processes that allow us to nip things in the bud quickly” and keep squadrons’ planes ready to fly so pilots can actually make the most of the flight hours Congress has funded.

“These accounts have not been resourced” properly since sequestration hit in 2013, he said, and whereas adding to flight hours accounts would not increase readiness, adding to this type of account would. The Navy is now trying to figure out how to dig out of the funding deficit they see in these “absolutely critical” accounts, Shoemaker said.

The units that most often face this flight line readiness challenge are the squadrons that have just come back from deployment and are in their maintenance phase – when the aircraft carrier is at the shipyard to get ready for the next deployment cycle, Shoemaker said, though not all type/model/series planes have been affected equally.

“The two most impacted by the ready up-airplane challenges are VFA strike fighters and E-2/C-2,” he said.
“They were the lowest ones, but in all of them averaging between 12 to 14 hours a month [of flying hours] in maintenance phase. That’s a little below where we’re supposed to be for maintenance phase, but it’s above what we defined a few years ago as a tactical hard deck. Not ideal. But again, so if that’s the average, there are some that are down in the probably single digits and there’s some that are flying above that, and squadron (commanding officers) are managing that.”

The Marine Corps has the same challenge of keeping enough aircraft ready for pilots to train with, but unlike the Navy, the Marine Corps does not have tiered readiness – Navy squadrons’ readiness dips down during the maintenance phase whereas non-deployed Marine Corps squadrons are supposed to stay ready in case they are called on to respond to world events. Deputy Commandant for Aviation Lt. Gen. Jon Davis has said pilots in some of his squadrons are only flying four to six hours a month, partly due to depot maintenance backlogs but also stemming from the same spares and logistics challenges that create flight line readiness challenges for the Navy.

Despite these challenges, Shoemaker said he didn’t see a tie between readiness and recent fatal and nonfatal plane crashes. He said overall the Navy is trending downwards on mishaps despite 2014 being a bad year, and he noted that this fiscal year the Navy only had one Class A mishap – a crash involving loss of life or the loss of an aircraft – for the first two-thirds of the year until a string of three crashes in eight days.

“As hard as it is to explain how we went two-thirds of the year with just one, the same thing’s with the three in eight days,” he said.
“As I look back at those and in the last couple of years, trying to make a tie to readiness or proficiency, in every case that’s not there. There’s some other lower-level mishaps, ground-related mishaps where experience levels of folks may play into it. … In the review of those (recent Class A) mishaps you can’t make that connection. There are other procedural things, crew resource management things, but not a direct tie to readiness.”

Davis similarly said last month that he did not believe flight hours were at all tied to the recent Hornet crashes.