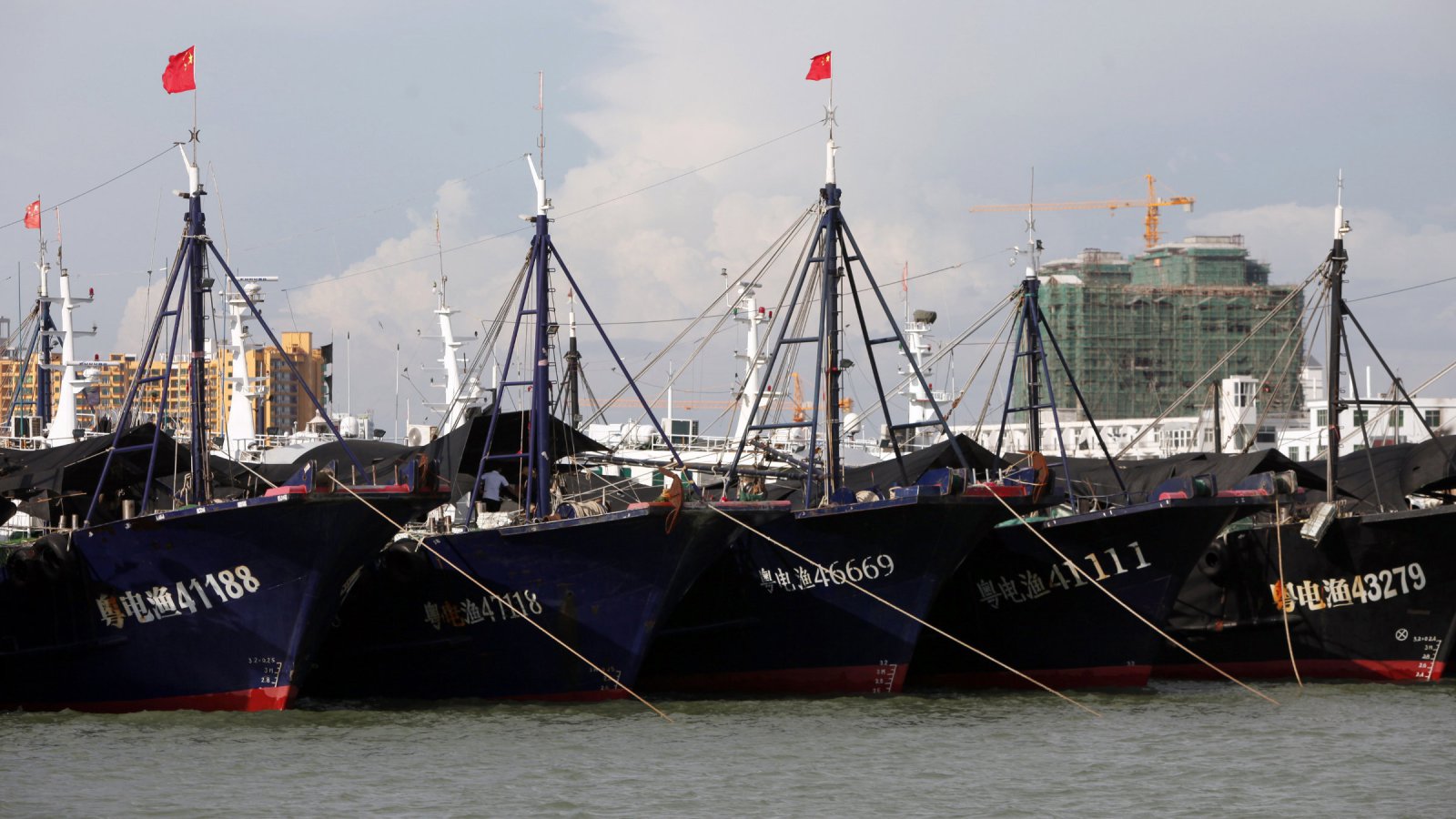 WASHINGTON, D.C. — When you look at the thousands and thousands of fishing boats operating out of China, you really should consider them a third arm of Beijing’s naval presence, an expert in maritime security said this week.

Christopher Rawley, a member of the board of directors of the Center for International Maritime Security and a captain in the U.S. Navy Reserve, asked, “What are we preparing for” as a nation? “Conventional war,” he answered, citing freedom of navigation as part of that thinking.

The threat to escalating tensions is broader than that. The United States is not looking at “marine-based protein” as a strategic resource for half of the world’s population and a potential flashpoint in areas in the East and South China Seas that already are over-fished.

China is not alone in its thinking about the value of a “third arm” residing in its fishing fleet. Vietnam has used fishing vessels to bolster its territorial claims to the Paracel Islands, and other nations are considering taking similar steps. Historically, Russia used its trawlers to monitor air operations from Andersen Air Base, Guam, during the war in Vietnam, and more recently it has been accused by the United Kingdom of using trawlers off its coast to spy as tensions have risen since Moscow’s seizure of Crimea and backing of separatists in eastern Ukraine. During the Falklands War, the United Kingdom itself so concerned about its ships being trailed by Argentine fishing vessels that it sank the ELINT-equipepd ARA Narwal.

During a forum jointly sponsored by his organization and think-tank Center for a New American Security. Rawley cited the recent decision by an international tribunal against Chinese territorial claims in the South China Sea in a case brought by the Philippines as an example that raises those two questions of harvesting the sea and building fortifications. Beijing rejected the court’s ruling.

China insists its territorial waters historically extend out to the so-called “9-Dash” line, formalized after World War II. Beijing did not participate in the arbitration hearing. but says it would negotiate its claims with the Philippines.

On the other hand, Indonesia did not take its claims to an international panel. Jakarta detains Chinese fishing vessels it considers violating its exclusive economic zone.

The question in those waters close to China and globally is “how do you define a navy” or a coast guard or a force that includes vessels that have dual use—laying mines, tracking other vessels, communication points, etc., that also can ward off fishing vessels from other countries.

Phrases such as “naval militia” and “para-navies” are commonly used.

China is not the only nation with a “naval militia” in its fishing fleet. Rawley put Indonesia and Vietnam in that category as well.

Rawley said that the answer to what is a navy, coast guard or even a naval militia lies beyond fishing vessels and needs to include ships operated by private security companies and non-governmental organizations.

“Legal and ethical lines are blurred” when private companies operate in security roles even when escorting tankers and other merchantmen through waters where pirates operate or ride aboard those ships to protect them from boarding.

He added much of that escort business has declined off the Horn of Africa and the continent’s east coast as international navies and coast guards have stepped up anti-piracy enforcement patrols.

Using Kalayaan Atin Ito , a Filipino NGO, as one example, Rawley described how it runs blockades around the artificial islands that China has built in the Spratly Islands. In one slide, he showed children on board its ship to back up Manila’s claims to those reefs and to demonstrate the cause it advocates.

On the other hand, New Zealander Pete Bethune’s Earthrace Conservation organization is technologically advanced and its cause is broader. But its history includes the ramming of a Japanese whaler. He received a suspended sentence for the action in a Japanese court.

As a group, Rawley said, “NGOs thrive on publicity” for fund-raising that they use to now build and buy vessels that had been used in fisheries enforcement, and other equipment, such as unmanned aerial vehicles, to build popular support for their cause. “Governments have a need for low publicity. The cultures are different.”