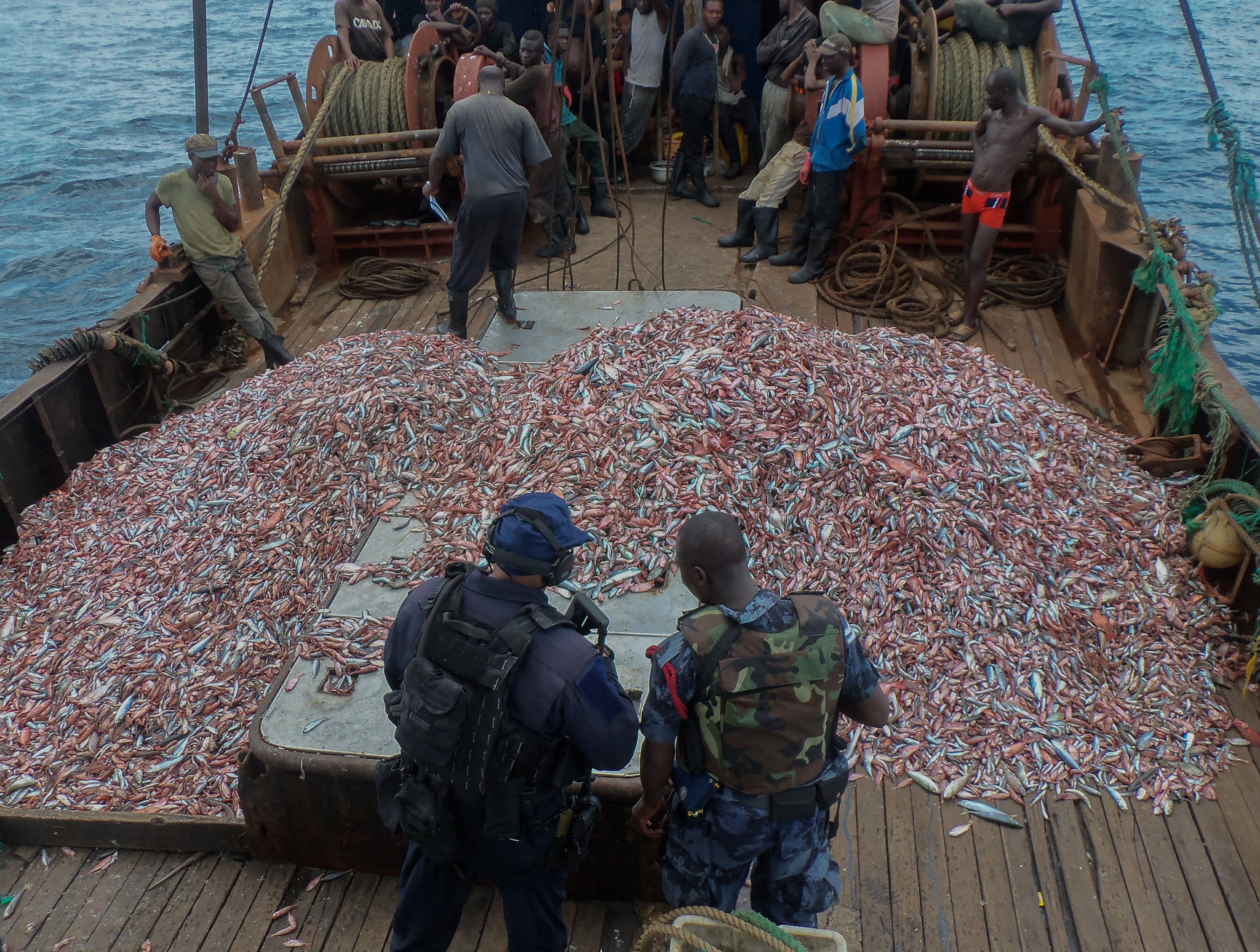 WASHINGTON, D.C. — Awareness in the maritime domain and on land is key to enforcing laws regarding fisheries, the environment and crime on the seas and in coastal waters, the chief operating officer of a not-for-profit research organization told attendees at a forum Monday on the changing role of non-state actors in protecting marine resources.

“The goal is to raise the cost” to smugglers, drug and human traffickers, and illegal fisheries, so they back off, said Varun Vira, of the Center for Advance Defense Studies (C4ADS) at a non-state maritime actors talk co-sponsored by the Center for International Maritime Security and the Center for a New American Security (CNAS).
“We find a lot of touch-points” by cross-indexing initial findings against a wealth of other public data going back four years—from corporation boards of directors to interlocking directorates with other companies on down to truck license plates showing up routinely and regularly at ports carrying containers of suspicious goods, such as illegal ivory.

The idea is “you have to really go after the network,” not just a ship or a truck. “It’s a money game at the end of the day.”

But the availability of so much open-source material raises the question of the value of classification in protecting marine resources, said Jerry Hendrix, a senior fellow at CNAS.

Daniel Schaeffer, the senior officer on the Ending Illegal Fishing Project at the Pew Charitable Trusts, said, “You have to stop looking at boundaries” between governments, non-governmental organizations and industry in addressing these maritime questions.

Reflecting on 27 years in the Coast Guard, he said the important question should be is “Who are your best partners” for this mission? “Take off your blinkers” and be open to what NGOs and non-profits, such as Pew, can do.

Citing the regional partnership Fish-I effort to combat illegal fishing on the coast of East Africa as a model that could be useful in other parts of the world, Schaeffer said, “It comes down to building trust.” He said the intelligence community’s willingness to share non-classified “targeted information where we want to operate” was important to the success of the regional partnership.

Individually, the nations do not have the resources to gather that kind of information, he added.

Scott Cheney-Peters, in the strategy office of the Bureau of Political Military Affairs in the State Department, said, “You have to have all those pieces in place,” from the seas to the port to enforce those laws and nations and regions need to be willing to share lessons learned. He cited State Department work in this area.

“It takes a network to defeat a network,” from predicting where illegal activity will take place and then prosecuting the offenders.

Cheney-Peters said enforcement in the port means discovering how the catch was made and proving where it was made as an effective means of ending illegal fishing.

Claude Berube, an instructor at the U.S. Naval Academy, said NGOs have “one advantage—they don’t have a bureaucracy.” In their minds, “we just go out and do” the mission.