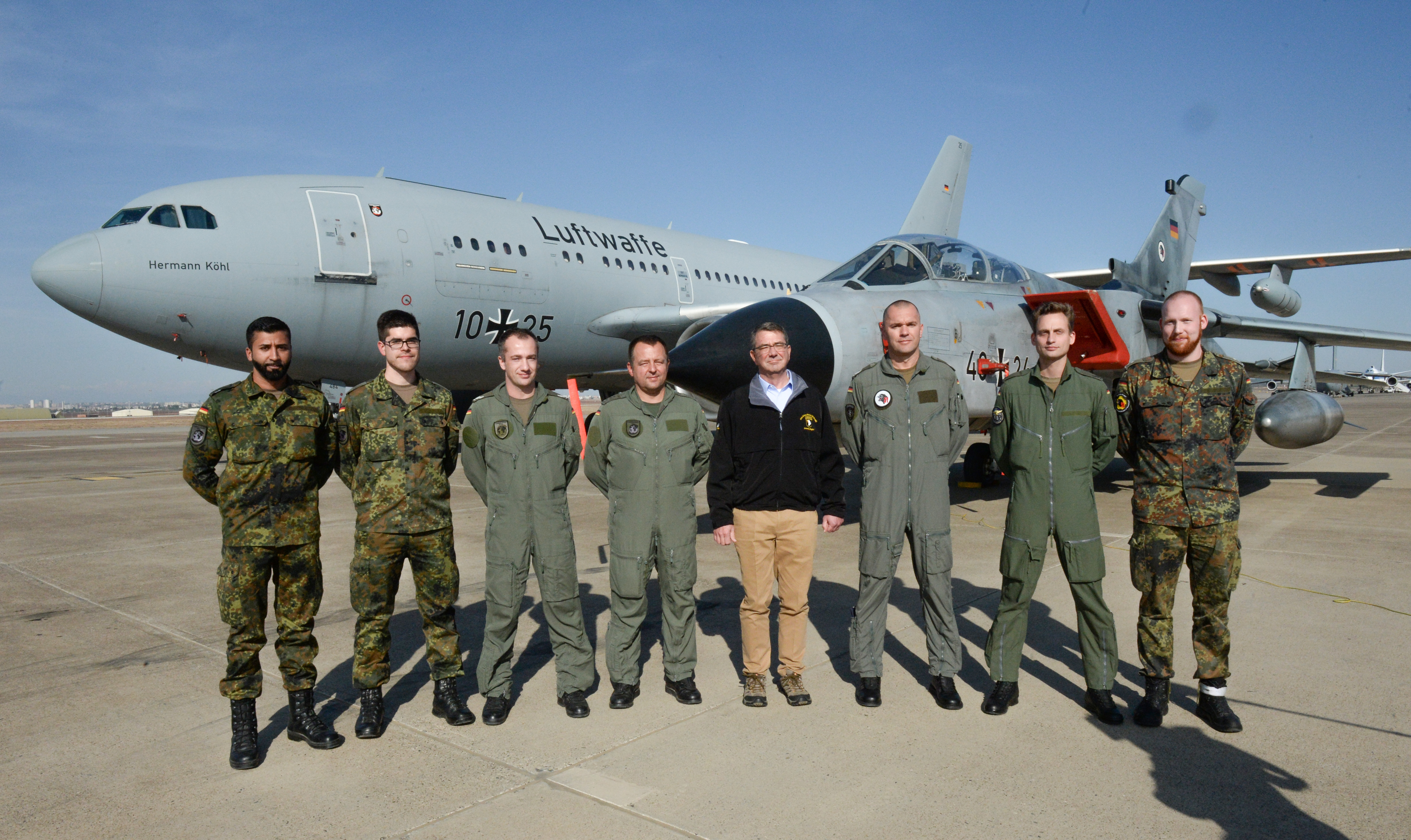 Secretary of Defense Ash Carter has used visits to Incirlik Air Base, such as his December 2015 visit above, to discuss accelerating the campaign against the Islamic State of Iraq and the Levant, or ISIL. US Army photo.

The fallout of an attempted military coup in Turkey will be long felt across Turkish society, but it also raises the immediate question about the United States’ future use of Incirlik Air Base to carry out extensive air operations against the Islamic State, a Middle East expert said today in Washington D.C.

Speaking at the Atlantic Council, Steven Cook, a senior fellow at the Council on Foreign Relations, said that Ankara only recently allowed the U.S. and its allies to use the base for missions beyond intelligence, reconnaissance and surveillance flights over Syria.

“Our operations are subject to Turkish approval,” he said.

Cook added that pro-government forces cut the base’s power supply to win back control of Incirlik from backers of the July 15 military coup attempt. The base’s Turkish commander is among thousands of military, security forces, educators and journalists being held by President Recep Tayyip Erdogan in a crackdown on suspected followers of cleric Fethullah Gulen.

Elmira Bayrasli, a visiting fellow at the New America Foundation, said the purges – now extended to charities, trade unions and non-governmental agencies – have “taken [Turkey] back to the 20th century” of increasingly authoritarian rule.

Erdogan’s Justice and Development Party is determined to “pull out the roots of the Gulenist movement,” Cook said.

“Erdogan has become the sun around which all politics revolve” in Turkey, he added, despite his party never receiving much more than 50 percent of the vote.

As a demonstration of his political reach, Cook cited the elections in June 2015 when the party did not win a majority. Erdogan called for a “do-over election” in November rather than accept the results, and his party received a majority of votes in that second election.

Bayrasli and Cook described the Erdogan administration as a “majoritarian,” rather than democratic, where individual rights are protected under a rule of law. While Turkey is prospering economically – with the 16th largest gross domestic product – Cook said its policies, similar to those of earlier administrations, are designed at “getting at the villain of the moment.”

That villain today is Gulen, who is now in exile in the United States. Gulen and his supporters worked with Erdogan previously when he was prime minister to successfully curb the power of the military and establish civilian control of the armed forces.

That work in bringing the military under civilian control was at play July 15 when large elements of the armed forces sided with the government instead of joining the plotters as they had from the 1970s on.

“The Turkish public [including the Opposition Party] did not accept the military intervention,” as it had four times in the past 40 years. That “reflects a changed Turkish society” and a politically weaker military, Cook said.

Neither speaker believed the Gulen supporters were “completely innocent” in participating in the failed coup. The “lack of transparency” in announcing its goals makes it difficult for outsiders to judge how involved they were.

Although the European Union is Turkey’s largest trading partner and might otherwise have leverage over future Turkish actions, Ankara holds a powerful hand in dealing with Brussels – it can keep Syrian refugees inside its borders and provide them shelter, or it can look the other way as they flee further into Europe.

Bayrasli predicted “a lot of rocky road ahead” in United States-Turkish relations. She said Turkey is seeing economic success outside of an earlier attempt to join the European Union, plus continually weak political institutions, which she called “a cocktail for chaos.”