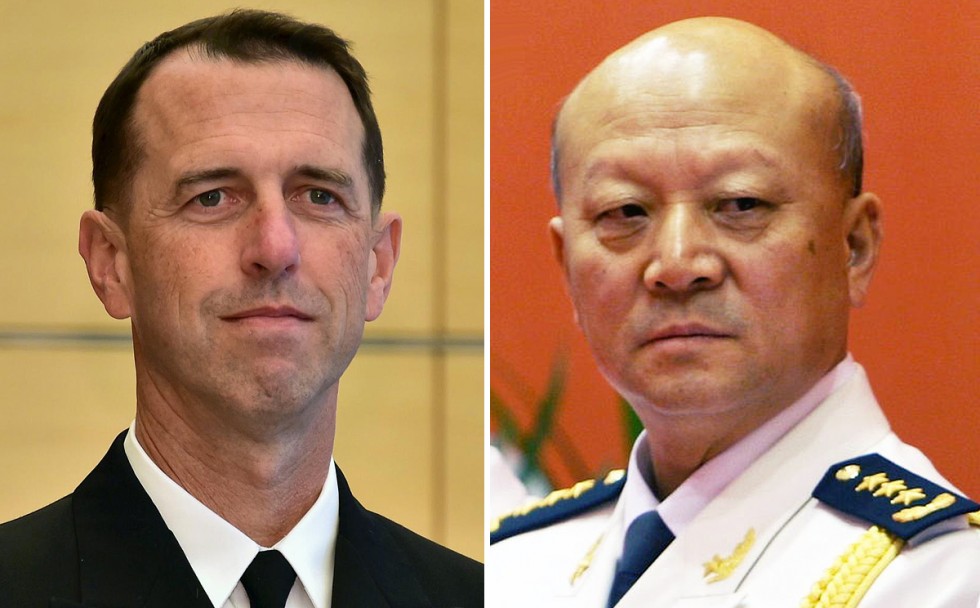 The U.S. Chief of Naval Operations is headed to Beijing next week to meet his Chinese counterpart, a Navy official told USNI News on Thursday.

Adm. John Richardson will spend three days in China starting on July 17, will meet with his People’s Liberation Army Navy counterpart Adm. Wu Shengli, tour the PLAN’s submarine academy and its lone carrier Liaoning, according to a release from the service.

It will be Richardson’s first trip to China since becoming CNO. His predecessor – retired Adm. Jonathan Greenert – met with Wu several times during his tenure and developed a close working relationship.

“I have been looking forward to this trip and to meeting Admiral Wu for some time,” Richardson in a statement.
“These are important times for our two navies and for maritime forces throughout the region. As we seek to learn from each other, there is no substitute for these types of face-to-face meetings.”

Richardson’s visit will come a week after an international tribunal issued a ruling that invalidated many of Beijing’s claims to extensive holdings in the South China Sea – a ruling Chinese leadership said they would not recognize.

According to the service, South China Sea issues will be a topic of conversation between Richardson and Wu.

While the rhetoric between Washington and Beijing over Chinese actions in the South China Sea have been high, the tenor of the military-to-military interaction between the PLAN and the U.S. Navy is mostly professional, USNI News understands.

Wu and Richadson have held three video teleconferences since Richardson took the CNO position in September.

During the last conversation in January, Wu outlined the Chinese position on installations built on artificial island in the South China Sea.

“Our necessary defensive step of building on islands and reefs in the Nansha (Spratly) Islands is not militarization, but this has been maliciously hyped up by certain countries and media,” Wu said during the teleconference, as reported by newswire Reuters at the time.
“We will certainly not seek the militarization of the islands and reefs, but we won’t not set up defenses. How many defenses completely depends on the level of threat we face.”

The following is the July 14, 2016 statement from the Navy on CNO Richardson’s trip to China.

The goal of the three-day visit to Beijing and Qingdao is to improve mutual understanding and encourage professional interaction between the two navies.

This is Richardson’s first visit to China as CNO and will be the first in-person meeting for the two leaders. Over the last year, the two admirals have held three discussions via video teleconference.

Discussion topics include the South China Sea; the ongoing Rim of the Pacific (RIMPAC) exercise; and future opportunities for the two navies to operate together.

“I have been looking forward to this trip and to meeting Admiral Wu for some time,” said Richardson. “These are important times for our two navies and for maritime forces throughout the region. As we seek to learn from each other, there is no substitute for these types of face-to-face meetings.”