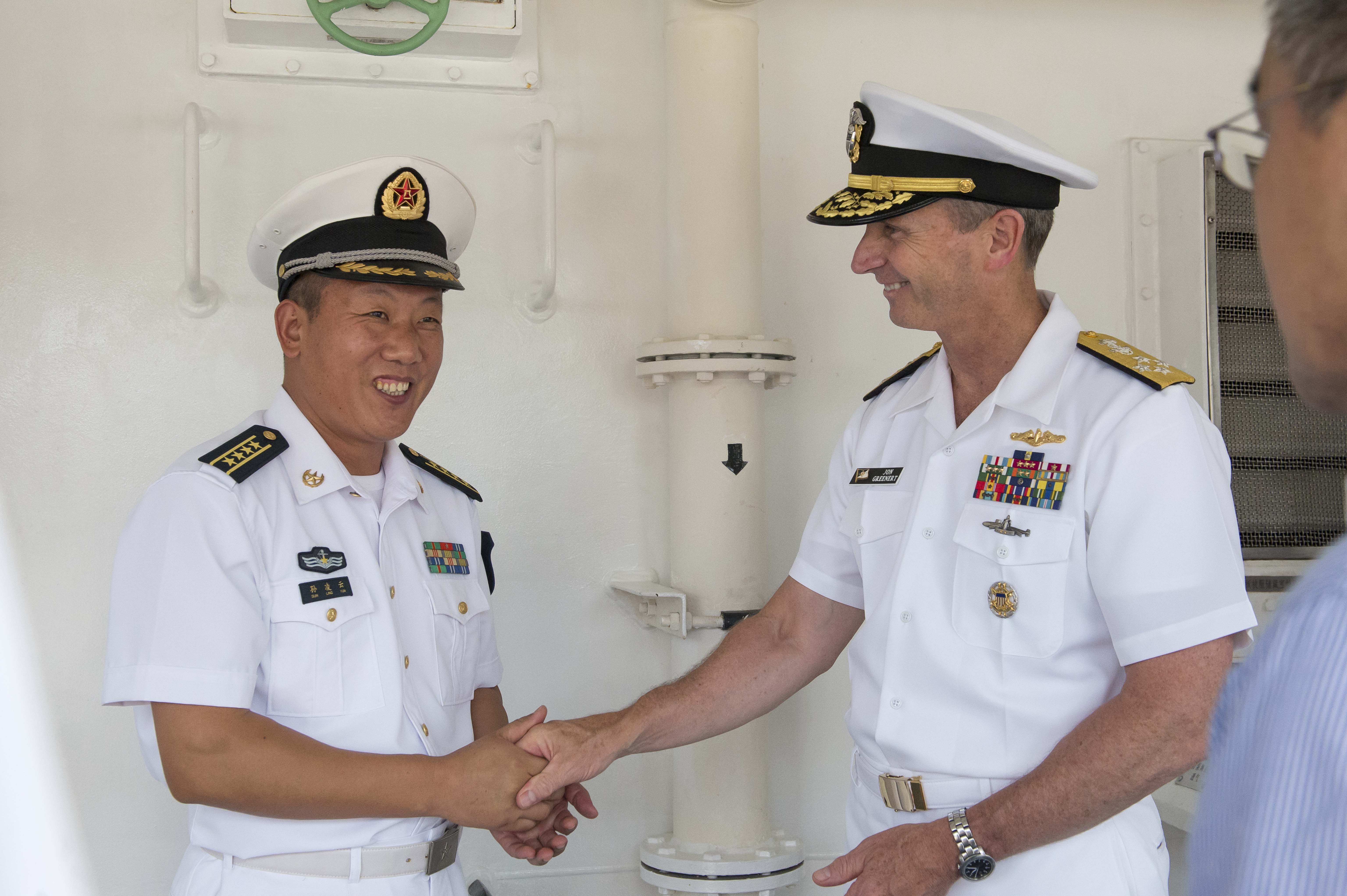 WASHINGTON, D.C. — The key to a peaceful maritime future between China and the U.S. will be rooted in additional engagement between the countries’ navies. U.S. Chief of Naval Operations Adm. Jonathan Greenert said at the CSIS and U.S. Naval Institute’s Maritime Security Dialogue on Tuesday.

“We all recognize the Chinese Navy is big and growing. It’s capable and they will continue to be more capable but they need to be a responsible neighbor in the Western Pacific as they expand — as they are — operating in the Indian Ocean,” Greenert said.
“I think it’s an opportunity that if don’t handle it well, it could be an increasing challenge. Some would say a threat. But first of all we need to recognize its an opportunity.”

“I think he recognizes that a growing navy is also one that has to be responsible. We have to learn to coexist in the South China Sea, the East China Sea and everywhere,” Greenert said.
“He believes that miscalculation is one of our threats and our fear is that we get kicked off into something we don’t want to.”

In April, China, the U.S. and several other Western Pacific nations signed the Conduct for Unplanned Encounters at Sea (CUES) — an at-sea etiquette guide when naval ships meet in the region.
“We both agree that we have to enable those 40 years command officers with the right processes,” Greenert said.

CUES was implemented after an incident when U.S. guided missile cruiser USS Cowpens (CG-63) had a near collision with a Chinese amphibious ship in December.

Greenert also said that China and the U.S. plan to conduct more exchanges in the future, starting with a group of PLAN sailors traveling to Newport, R.I. later this year.

“It’s really about engagement,” Greenert said.
“We’ve to engage if we want to shape. I don’t see any way around it.”