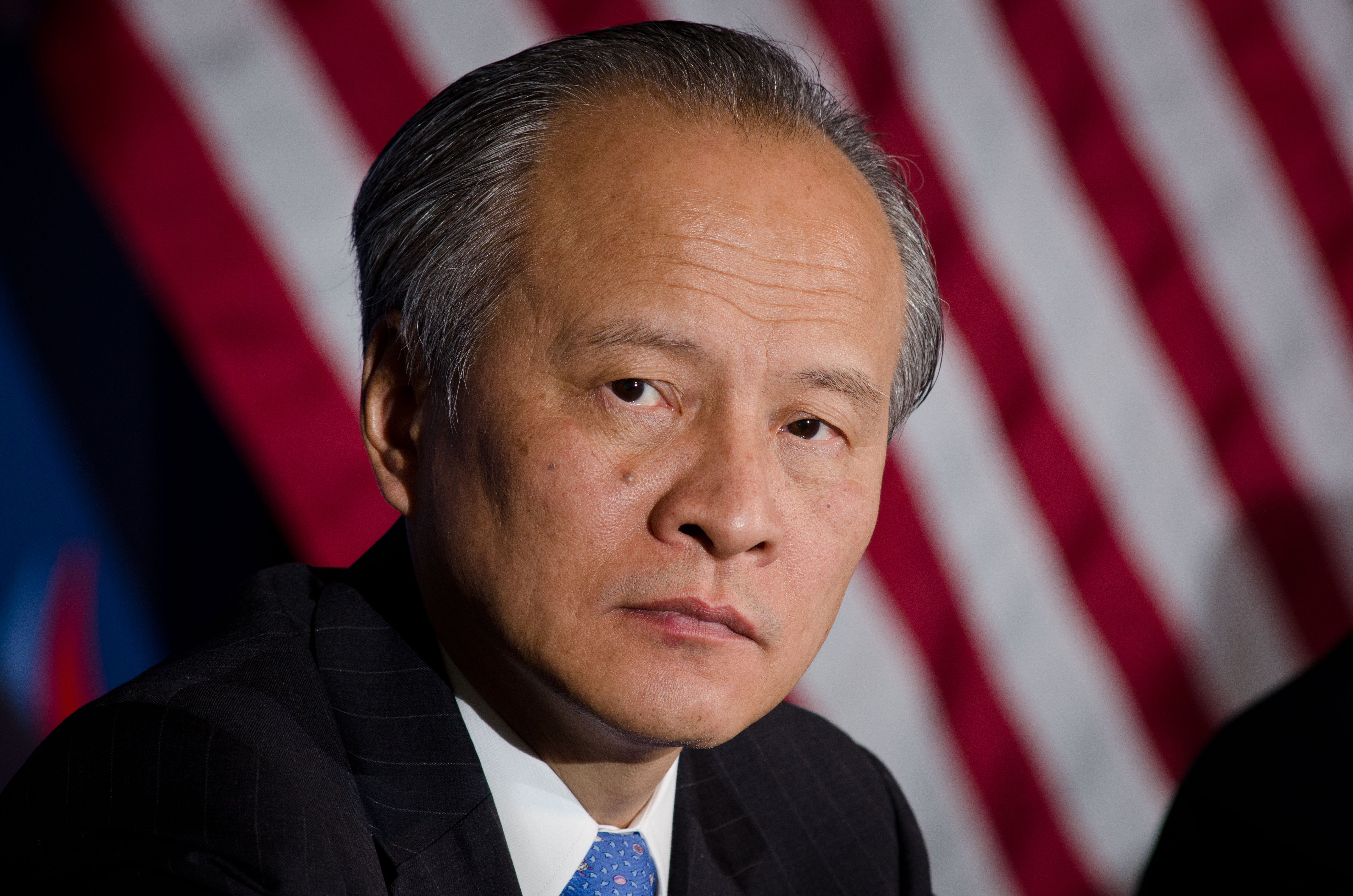 The Chinese ambassador to the United States said Tuesday’s ruling against Beijing in its dispute with the Philippines by an international tribunal was “a clear attempt use legal instruments for political purposes” and has “taken place with military coercion” as a backdrop.

Speaking at a Washington think tank, Cui Tiankai said, “China has to stand up to” the coercion it sees in the presence of American and other military vessels transiting near its claimed reefs in the South China Sea. “We will not yield to any pressure” from the military, media or a legal body, he added in rejecting the ruling on China’s claims over much of the region, using the so-called “9 Dash line” as its justification of historical possession. The line was included in post-World War II maps.

In answer to a question, Cui said, “Intensive military action so close to neighboring reefs” or entering those nearby waters could be considered by China as a destabilizing action. He distinguished between the passage of commercial or civilian shipping and military vessels in these disputed territories, saying commerce could pass freely through.

Several times, Cui said, in effect, the United States’ “pivot to Asia” has “not brought us enhanced confidence in the region” and has proved to be a source of rising tensions. He also said countries in the region should look at Syria, Iraq and Libya to see the danger in drawing too close to the United States for military protection. “Be careful what you wish for,” he said.

“None of us [in Asia] would pivot to any other place in the world.”

Cui said, “We don’t have any territorial dispute” nor a strategic rivalry with the United States. A “Cold War mentality will not solve the problems of today’s world.” He said the choice of how to proceed the United States wants to proceed was “extremely important,” alluding to the upcoming presidential election. “We want to see a positive interaction,” one with “no conflict, no confrontation.”

He termed the Rim of the Pacific exercise as a confidence-building measure between the two nations’ militaries vital to avoid future miscalculations of intent.

The ruling by the Permanent Court of Arbitration on the United Nations’ Convention of the Law of the Sea “probably opens the door to weaken arbitration procedures.” At the same time, the decision “certainly undermines diplomatic efforts” to resolve these disputes. He added China has successfully negotiated land territorial disputes with 12 of its 14 neighbors.

“We are actually a community of common destiny” with the Association of South East Asian Nations.

Cui said the core issue of territorial disputes was not subject to the law of the sea convention or the Hague tribunal’s jurisdiction. “A failure to recognize that is a matter of professional incompetence.” He added the case itself was “initiated not out of good will or good faith.”

In answer to a question, the ambassador said China is open to negotiating with the Philippines to resolve territorial disputes, but “it takes two to tango.” Earlier in his remarks, Cui said, “diplomatic efforts should not be dropped by a scrap of paper or a fleet of aircraft carriers.”