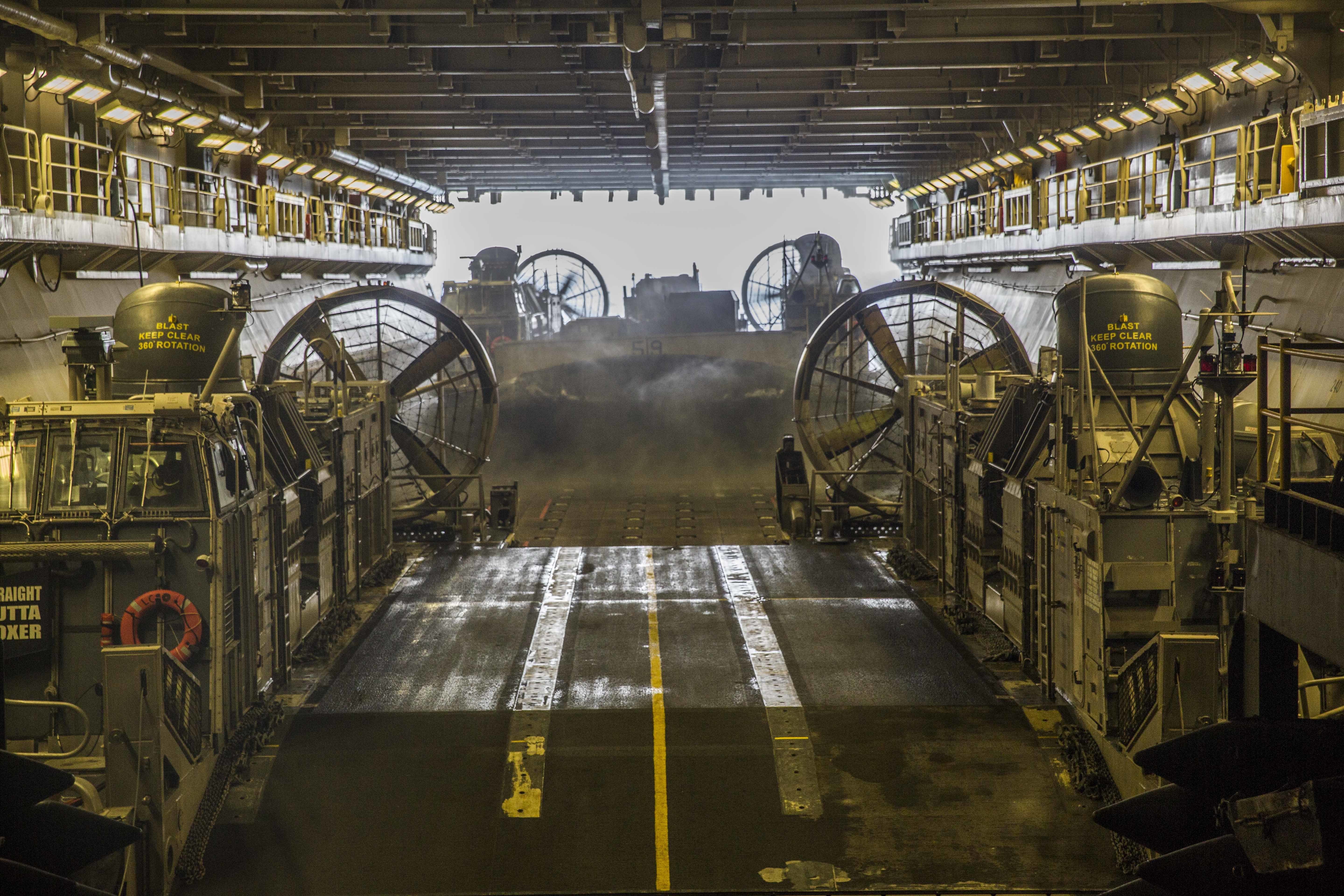 The Navy and Marine Corps will deploy a second Amphibious Ready Group and Marine Expeditionary Unit team to the Southern Pacific beginning as early as 2019, to allow the Japan-based forward deployed forces to focus on the northern and eastern parts of the vast Asia-Pacific theater, a Marine Corps official said today.

Lt. Gen. John Wissler, commander of U.S. Marine Corps Forces Command, said at a Center for Strategic and International Studies event that the details of where the Marines would come from are still being worked out, but “this is an opportunity to create a presence so the Forward Deployed Naval Force would have sort of the Northern and Eastern region and then that second (ARG/MEU) through two 90-day patrols would be worked out” to cover the Southern Pacific.

A Marine rotational force spends about half the year in Darwin, Australia, but leaves during rainy season to return to Japan and the continental United States, thereby decreasing the Marines’ presence in the Pacific for half the year.

Wissler said amphibious forces around the globe are “severely under-resourced,” from the Pacific to the Middle East to Europe. Though four amphibious ships are based in Japan, he said “the Forward Deployed Naval Force, due to ship maintenance requirements, does not have a 1.0 presence, meaning they can’t get all of an ARG underway every day of the year. That’s not because the Navy doesn’t want to, it’s simply a physics problem, if you will.” 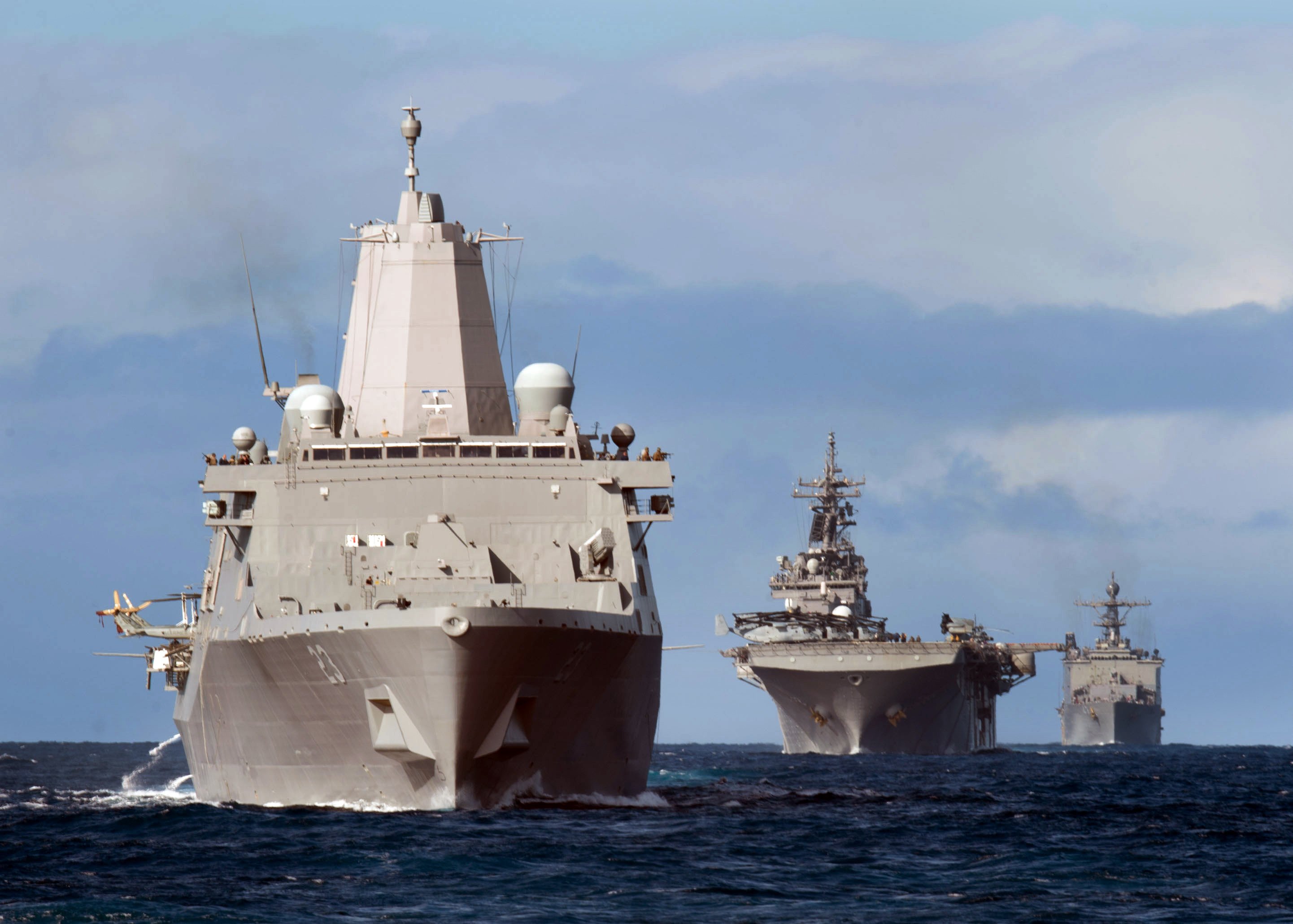 In U.S. Central Command, where a requirement for a continuous ARG/MEU presence is met, “even that presence, it’s somewhat diluted when we do disaggregated operations and so the full 13 mission sets assigned to an ARG/MEU team are not capable when they’re in the fully disaggregated operations.” The three-ship ARG tends to split up in the Middle East to allow the big-deck amphibious assault ship to launch air strikes against ISIS targets, for example, while the mid-sized amphibious transport dock brings Marines to train with partner nations around the region or even to sail from U.S. 5th Fleet into U.S. 6th Fleet for operations in the Mediterranean.

As for 6th Fleet, leadership wants an ARG/MEU to not only patrol the Mediterranean but also to exercise with and protect the Baltics and other northern NATO members and partners, but the Navy cannot supply enough ships to meet those requests.

“We do have a significant shortfall,” he said.

Though the promise of having an additional regular presence in the Southern Pacific will help meet more combatant commander demands, Wissler said that wasn’t enough. The Navy needs to not find ways to do more with less, or do the same with less, but rather do “different with less.”

Part of doing different with less is how resources are allocated, such as prioritizing the Pacific and sending the additional ARG/MEU there. Another important tactic will be making best use of the people and platforms that are available.

The most commonly talked about example of this is using alternative platforms. Though Wissler said it was important to understand that anything short of a warship is not built for wartime operations, there are plenty of ways other ships can help out. During the U.S./South Korean amphibious exercise Ssang Yong 2014 and 2016, Marines used a T-AKE supply ship as the command and control hub for Marine Corps logistics and resupply efforts. By bringing additional command and control capabilities onto the ship, “the fact that it’s not a warship, you can still leverage it to do the things you do – but you have to understand that it’s not a warship.”

Even as the Navy and Marine Corps learn the capabilities and limitations of platforms such as the Expeditionary Fast Transport (EPF) ship and the Expeditionary Transfer Dock (ESD) (formerly called the Joint High Speed Vessel and the Mobile Landing Platform, respectively), the U.S. forces should be doing the same with allied and partner forces. For example, Wissler said the Japanese have a sophisticated ferry system that is not a traditional wartime asset but could be useful for humanitarian assistance and disaster relief efforts if married up to the ESD. Leveraging the capabilities of host nations is important to save U.S. resources and to allow partner nations to build up the kind of capability that best suits their needs while still having U.S. collaboration as an option.

Wissler’s comments segued into the release of a CSIS report entitled “Landing Together: Pacific Amphibious Development and Implications for the U.S. Fleet.” Among the recommendations in the report are to increase U.S. Pacific Command funding to allow for more experimentation with alternative platforms in real-world scenarios, and to create a Special Purpose Marine Air-Ground Task Force (MAGTF) similar to the one that supports missions in Africa, which would rely on the Navy’s E-class vessels – the EFP, ESD and the Expeditionary Mobile Base (ESB), formerly called the Afloat Forward Staging Base.

In the longer term, the report suggests an analysis on alternative amphibious forces, beyond the current ARG/MEU construct, that would increase adaptability while maintaining warfighting capability.