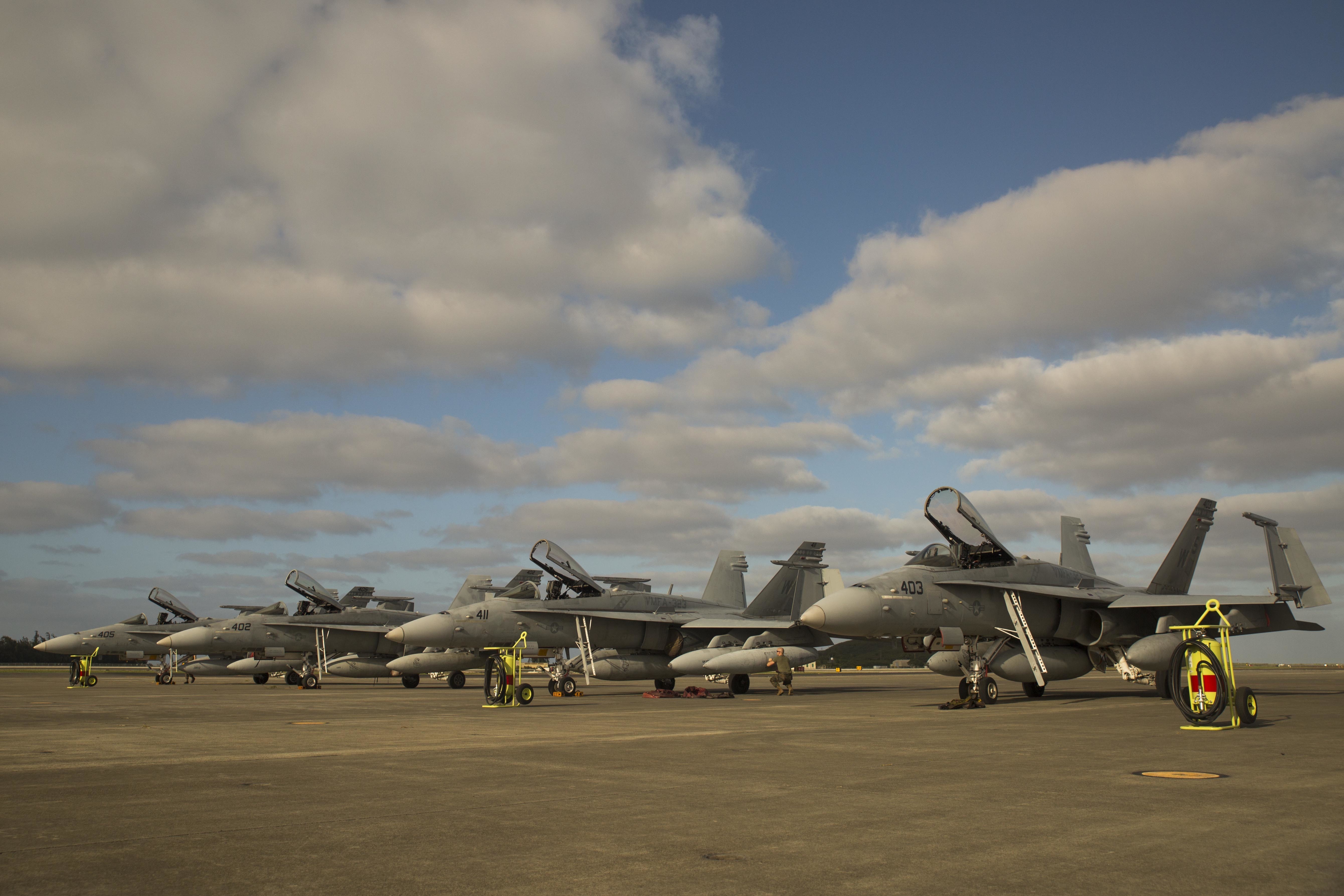 Marine Corps aviation, struggling to meet its operational and training missions with a shrinking fleet of aged F/A-18 Hornets, is pushing a program to recover and update 30 out-of-service F/A-18Cs in an effort to remain combat ready until the new F-35B is fielded in numbers.

The Marines have contracted with Boeing to refurbish and modernize the single-seat Hornets to a “C-plus” standard with new avionics and an updated AN/APG-65 radar. The Boeing work also will extend the service life of the fighters from 6,000 hours to 8,000 hours.

Twenty-three of the Hornets to be updated are being recovered from the Aerospace Maintenance and Regeneration facility, commonly known as the “boneyard,” at Davis-Monthan Air Force Base in Arizona. Most are F/A-18Cs that have not reached their original flight hour limits. The other seven Hornets are being transferred from the Navy, which is replacing its legacy Hornets with the new and more capable Super Hornets, Marine Corps spokeswoman Capt. Sarah Burns told USNI News.

“We are very focused on our current readiness, and at the moment we don’t have enough Hornets for combat, flight instruction and day-to-day training,” Burns said in an email.
“We purposely housed the aircraft in the 309th Aerospace Maintenance and Regeneration Group over the course of a decade with the intent to store, maintain and upgrade them for today’s use. This is one of the many levers the Navy-Marine Corps team is using to address USMC F/A-18 flight line short fall and readiness issues.”

Despite that advance planning, the Marines’ current readiness crisis in its strike fighter force is the result of a series of unplanned occurrences.

When the Navy moved to replace its legacy F/A-18s with the Super Hornets, the Marines opted not to join in that program. Marine Corps leaders at the time were focused on replacing their entire tactical aircraft force of Hornets, AV-8B Harriers and EA-6B Prowlers with the F/A-35B Lightning II Joint Strike Fighter. The new fighter would give them a fifth-generation, stealthy, short-takeoff/vertical-landing (STOVL) aircraft to fully meet their expeditionary missions to operate from amphibious ships and from primitive airfield ashore.

But the tri-service F-35 program has fallen years behind schedule, forcing the Marines to keep their Hornets and Harriers in service long after most of them hit their expected service limits. Then the efforts to keep the legacy aircraft flying was hampered by cuts in defense budgets and a sharp reduction in Marine personnel, both of which affected maintenance by the operational squadrons.

The budget restrictions also reduced the aviation depots’ ability to do schedule major maintenance and to carry out the service life extension efforts to keep the old aircraft flyable.

As a result, Lt. Gen. Jon Davis, the assistant commandant for aviation, has testified that in order to provide combat-ready aircraft for deployments, virtually none of the fighter squadrons at home stations have anywhere near the aircraft they need to conduct training and to remain ready to deploy for an emergency.

The Marines declared their first F-35B squadron operationally capable last July and it is preparing for its first operational deployment next year. A second squadron could become operational early in 2017.

In the interim, the Marines are having low-hour F/A-18Cs taken from the Boneyard or from transitioning Navy squadrons and sent to a Boeing maintenance facility at the former NAS Cecil Field, Fla., for the updated avionics and structural work.

One updated C-plus Hornet has been delivered to Marine Fighter-Attack Squadron 115, and another has completed the Boeing work and is being verified for operational use, Burns said. Six aircraft are at the Boeing plant and five more are set for delivery. The upgrade works takes about a year, Boeing said.