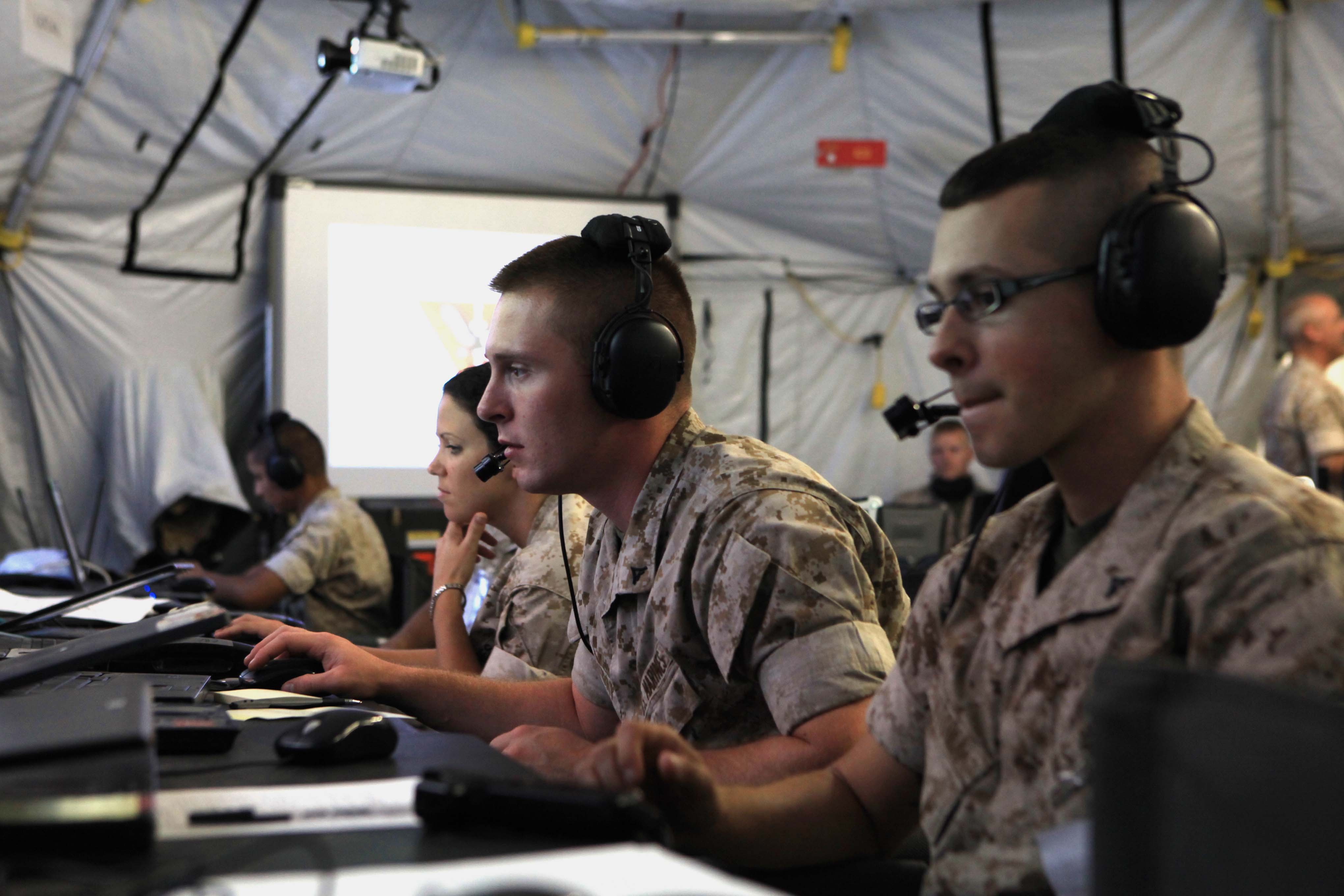 The Marine Corps will field an update to a key command and control program that will provide more crucial situational awareness information to more units, enhancing commanders’ ability to make operational decisions while simplifying the user experience.

The software update to the Joint Tactical Common Operational Picture Workstation (JTCW) combines seven applications into one user interface to create “a single digital display of relevant operational information” shared by commanders who are connected on a global combat operations network, the Marine Corps Systems Command (MCSC) said in a release.

In perhaps simpler terms, “we’ve enhanced the user interface, making it a modernized interface much like Microsoft Office,” replacing an older method that had multiple menus and submenus, Jason Howe, JTCW project manager, told USNI News.
“We’re making it easier for the Marines to find the tools they need to do the functions they need.”.

A “significant” effect of the software update, called JTCW 1.3, “is taking an application and making it web-enabled” so users can go into the web page to “get your common operational picture (COP), to modify it and get the things needed for the job of managing the COP through the web,” Howe said.

Rather than multiple computers all running JTCW, the web connection allows a single administrator computer to run the software and other users – via either a computer or a mobile device – to access the program to obtain the tactical information they need, the Systems Command release explained.

Although JTCW is primarily a command and control tool for fixed headquarters at battalion level and higher, the ability to tap into the JTCW data through a web connection can make the vast amounts of operational information available on portable tablets to Marines in the field down to the platoon level, even while during a C-130 transport flight, Howe said.

“Theoretically, a platoon or fire team could use a handheld device as long as he has the web address of the (JTCW) client, so he could tap into the operational picture,” Jorge Esparza, JTWC project engineer, told USNI News. And the data “could be tailored to the information that that level needs to do its job.”

The JTWC software is loaded on the laptops that enable Marine units to maintain situational awareness through the “network-on-the-move” capability – a key enabler for the distributed operations that are expected to be a primary tactic in future conflicts. “We are on the move,” Howe said.

To illustrate the importance of the JTCW and its update, Howe said the software is on “approximately 7,500 computers” from combat operations centers in the field up to the Pentagon.

The system can provide current data on the location and size of friendly and hostile forces as well as information on terrain feature and bridges and roads, all available on a single display. But the available information can be customized to meet the needs of units at different levels through a set of filters, Esparza said. That not only can prevent information overload for the small unit commander, but it can also speed up the flow of data through the system, he said.

“The goal of JTWC is to help commanders make the best decisions in the field,” Howe said in the MCSC news release.

JTWC 1.3 was developed by the Marine Air-Ground Command, Control and Communications Task Force at MCSC. It is being tested to ensure cyber security and is scheduled for roll out to the operating forces next spring.