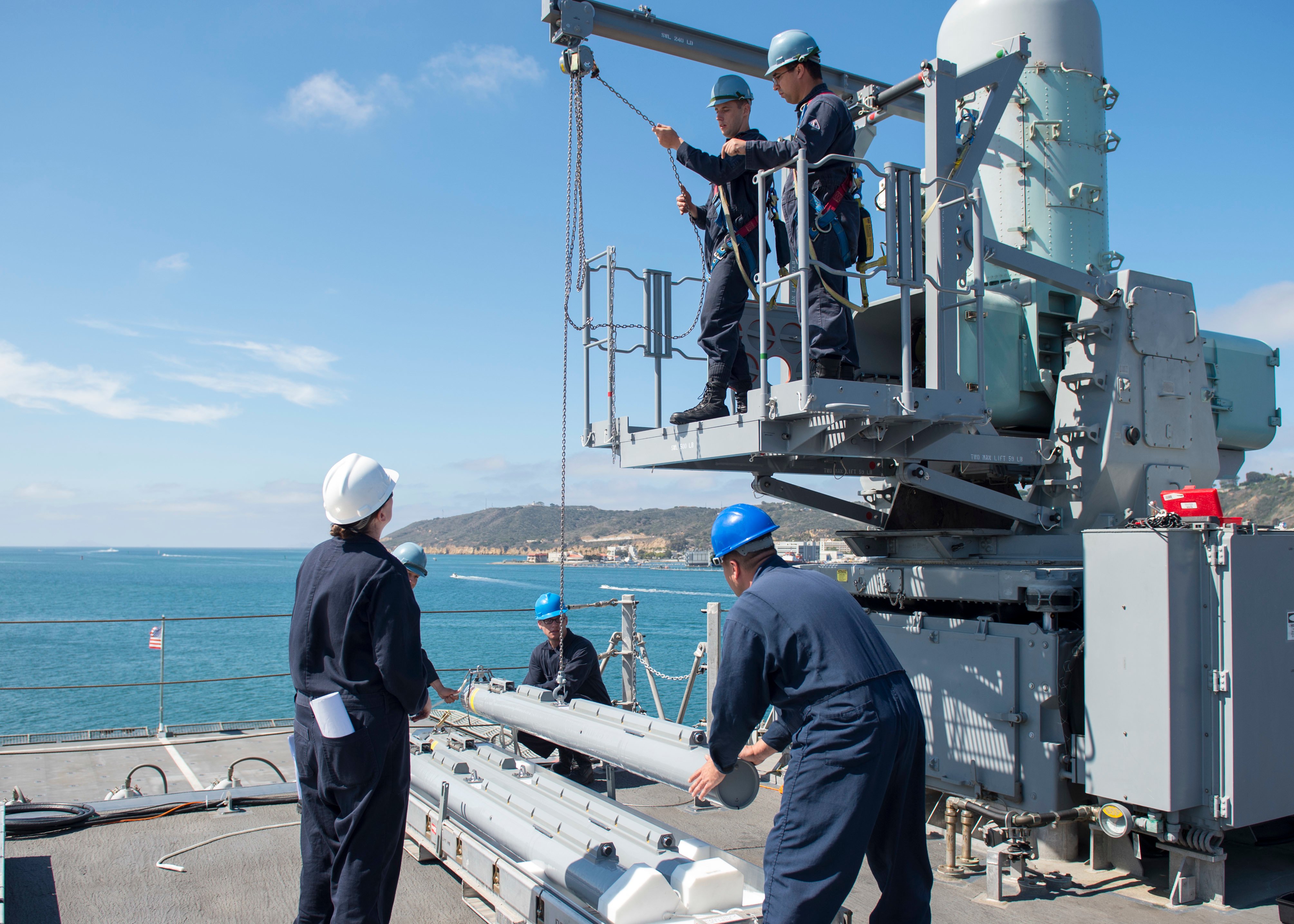 Sailors assigned to the littoral combat ship USS Coronado (LCS 4) load a rolling-airframe-missile launcher onto the ship on August 12, 2015. US Navy photo.

The tests demonstrated “the core anti-air warfare capabilities of the ship against an anti-ship cruise missile,” according to the NAVSEA release.

“The crew of Coronado is to be commended for their exceptional performance during OT&E,” LCS program manager Capt. Tom Anderson said in the statement.
“The successful testing on the Independence variant demonstrates the self-defense capabilities of the ship and systems and installs confidence in Coronado as the ship prepares for its maiden deployment this summer.” 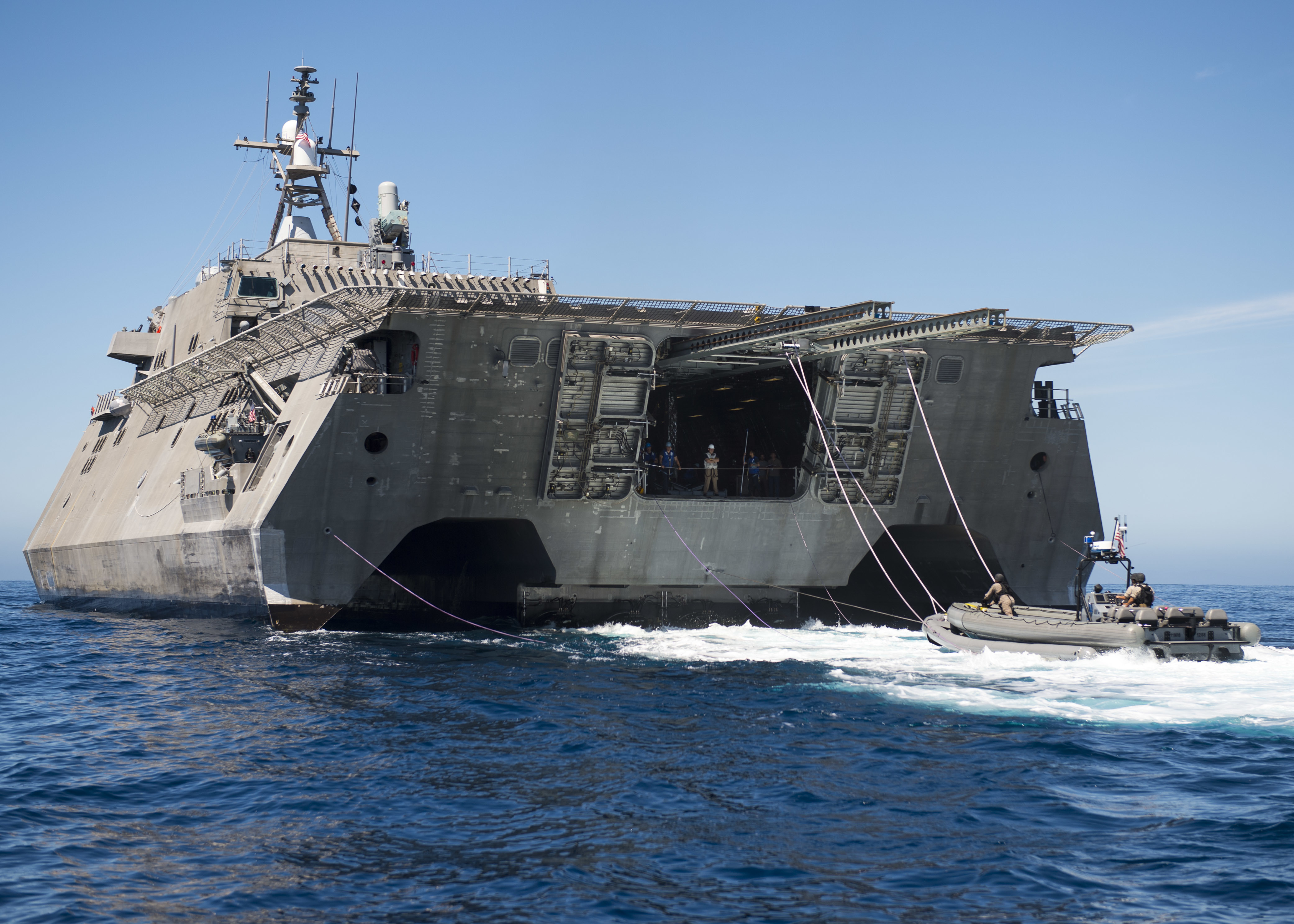 Coronado is schedule to make an extended deployment to Singapore later this year. Former PEO LCS Rear Adm. Brian Antonio declared initial operational capability (IOC) on the Independence variant ships after Coronado completed the bulk of its IOT&E requirements last fall. The Navy noted in October that it would complete the remaining test requirements this spring prior to Coronado‘s deployment.

The test firings aboard Coronado were the second shipboard launch of the SeaRAM system and were the result of long-term planning, performance analysis and assessment, and modeling and simulation, NAVSEA said.