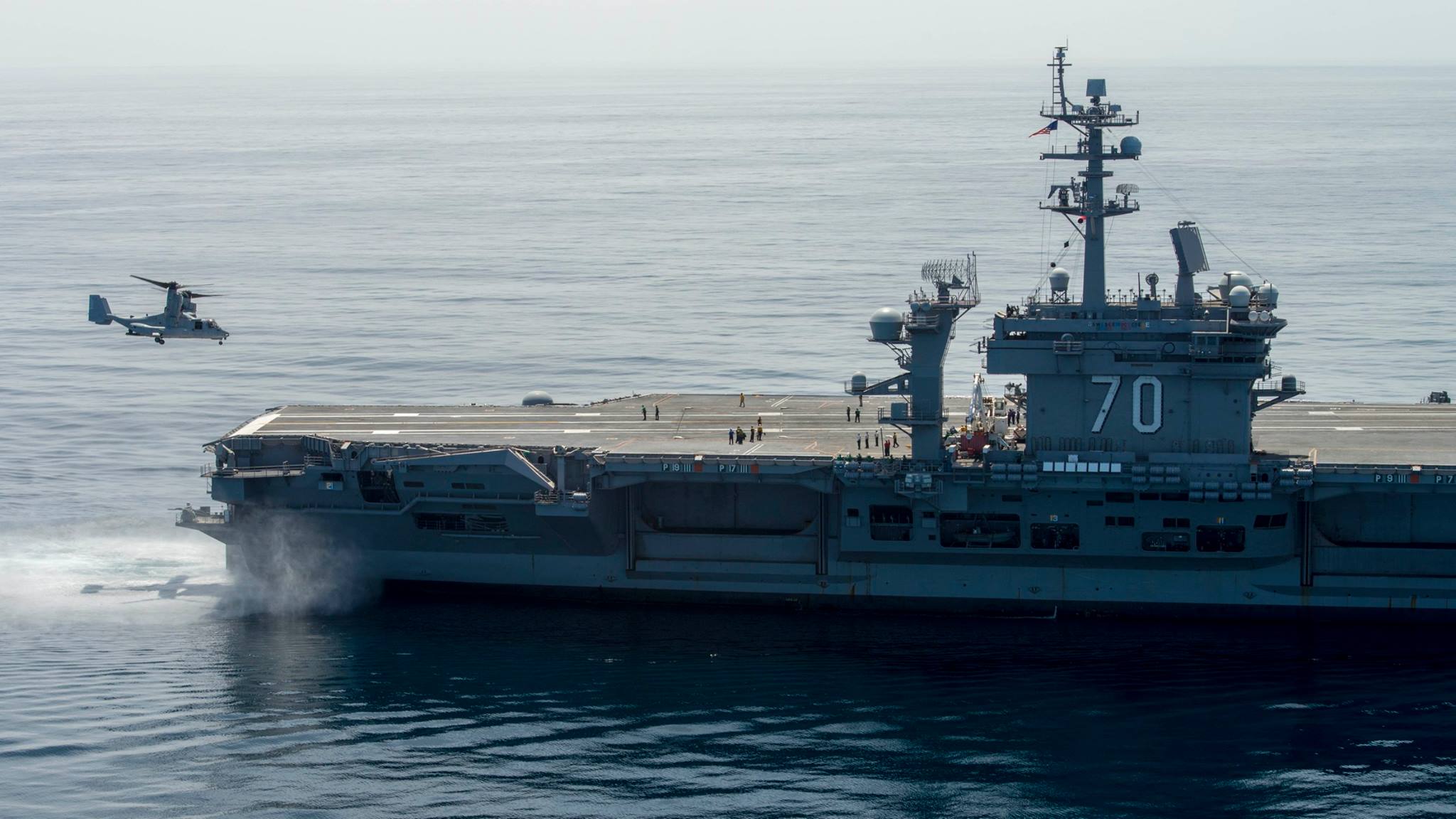 An MV-22B Osprey from Marine Operational Test and Evaluation Squadron 1 lifts off from the flight deck of the aircraft carrier USS Carl Vinson (CVN 70) on June 12, 2016. US Navy photo.

The aircraft carrier USS Carl Vinson (CVN-70) got an early start preparing for the carrier onboard delivery (COD) transition from the C-2 Greyhound to the V-22 Osprey, with the ship’s crew bringing in the tiltrotor aircraft to participate in the command assessment of readiness and training (CARAT) II basic training event.

An Osprey from the Marine Operational Test and Evaluation Squadron (VMX) 1 came in for landings and takeoffs on Vinson on June 12 in what was not a test event required by the V-22 COD acquisition office but rather an operational Navy-directed event, USNI News understands.

“As we phase out the C-2s and start implementing the V-22s, during this evaluation phase, this is the first time our sailors have had a chance to directly deal with a new aircraft,” Aviation Boatswain’s Mate (Handling) 3rd Class Trell Matthias, an aircraft director assigned to Vinson‘s Air Department, V-1 Division, said in a Navy statement. The V-22s generally operate off amphibious ships, though Naval Air Systems Command has run a series of tests and certifications to allow for operations off supply ships, destroyers, aircraft carriers and other ship classes in the fleet.
“Aside from the increased prop exhaust, I thought it was almost the same as landing a helicopter.” 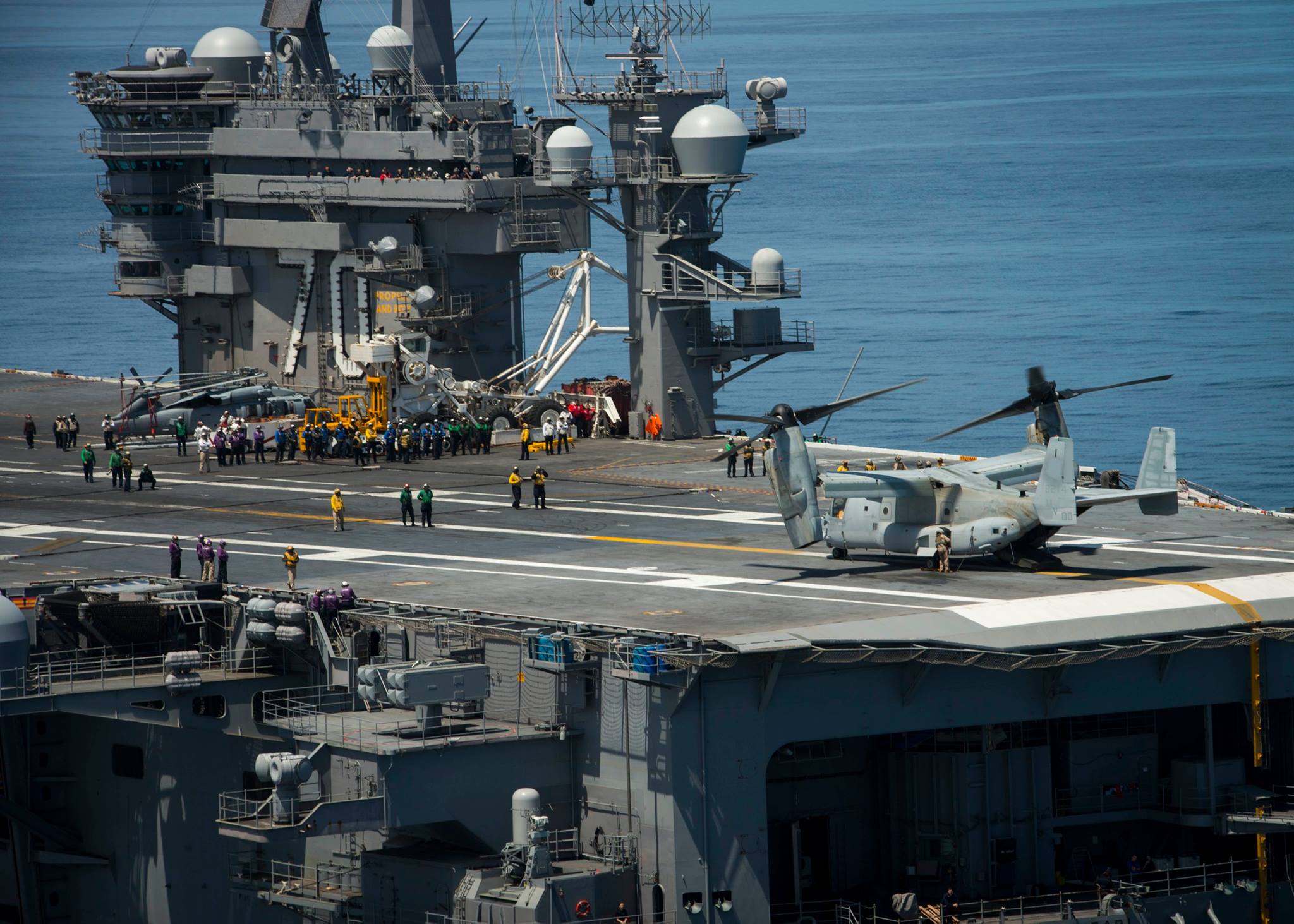 An MV-22B Osprey from Marine Operational Test and Evaluation Squadron 1 prepares to lift off from the flight deck of the aircraft carrier USS Carl Vinson (CVN 70) on June 12, 2016.

The test event also let the Marine Corps V-22 pilots practice landing on a new type of ship, with its own flight deck configuration, procedures and crew expertise.

“These operations present an opportunity for our flight crews to gain experience landing on an aircraft carrier as opposed to landing on an amphibious ship,” Marine Corps Lt. Col. Brett Hart, VMX-1 executive officer, said in the Navy statement. “It allows us to become accustomed to a different set of operating procedures, and additionally allows air department sailors on board Carl Vinson to become accustomed to landing and handling tilt rotor aircraft.”

Whereas the C-2 Greyhound turboprop plane requires a short runway with arresting gear and a catapult launch to get on and off the aircraft carrier, the V-22 can land vertically, meaning it can land on any ship’s flight deck that is strong enough to support the weight and heat of the aircraft. The Navy has not announced an operating concept for the Navy-variant Osprey, called the CMV-22B, but it would be technically capable of moving goods and people around the entire strike group as needed – compared to the C-2, which can only make deliveries between the shore and the carrier, leaving smaller helicopters to move goods from the carrier to other ships when needed.

“With the incorporation of the V-22, I think the fleet will also see additional capabilities from the entire group at-large, because we now have the option of taking cargo and personnel to some of the smaller decks without first having to come to the aircraft carrier,” Hart said in the statement. “With that considered, the carrier can expect to have potentially more flight deck and air space freed up, allowing it to launch more sorties in support of combat operations.” 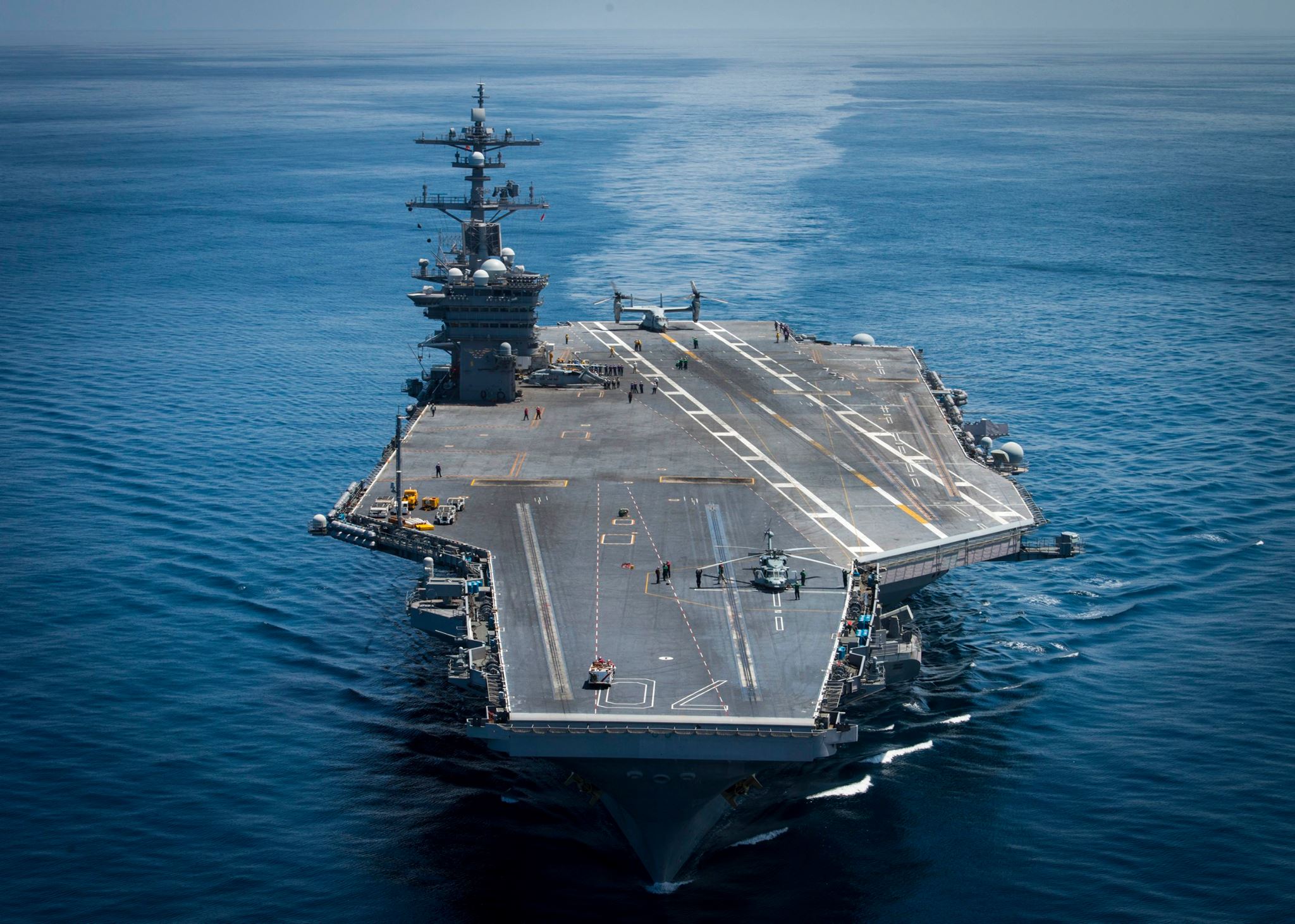 An MV-22B Osprey from Marine Operational Test and Evaluation Squadron 1 lands on the flight deck of the aircraft carrier USS Carl Vinson (CVN 70) on June 12, 2016. US Navy photo.

Naval Air Systems Command (NAVAIR) this spring awarded Bell-Boeing a contract to begin engineering the Navy-variant V-22. It will have an extended-range fuel tank, a high-frequency beyond-line-of-sight radio, and a public address system for passengers in the back of the aircraft. The Navy will buy the first COD replacements in Fiscal Year 2018 and expects to field them in FY 2020.