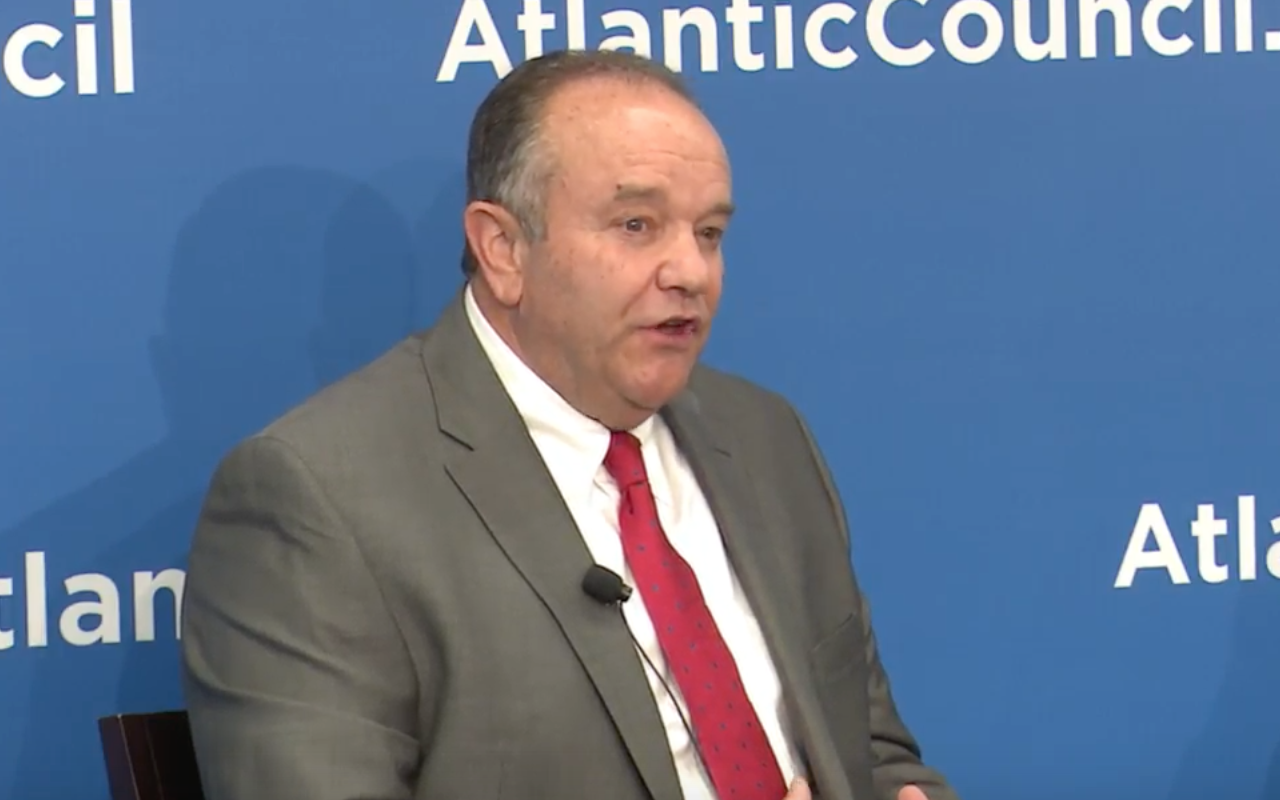 The U.S. needs to “establish quality communications with the Russians” to back Moscow away from implementing tactical nuclear weapons in times of crisis, the recently retired NATO commander said.

Speaking Wednesday at the Atlantic Council in Washington, D.C., retired Air Force Gen. Philip Breedlove said in answer to a question from the audience, “It may be frustrated and frustrating at the beginning . . . but we need to move out.”

He cited the agreements between the United States and Russia over incidents at sea, on the land and in the air as possible precedents in starting this dialogue and reducing the chances of miscalculation leading to crisis. “It has worked,” and similar arrangements “would be good to have” between Russia and NATO.

“We need to begin to have meaningful dialogue,” he said.

Breedlove said that Russian President Vladimir Putin’s goal remains to develop fissures in NATO and the European Union that Moscow can exploit. “Russia does understand power, strength and unity.” He added the unity the alliance showed, coupled with its shifting of organizational structure and creation of the Very High Readiness Joint Task Force to meet new challenges, such as Russia’s seizure of Crimea and support for Ukrainian separatists and threats made against Baltic NATO members surprised Putin and his regime.

The changes in organizational structure and training also reflected a shift away from the counterinsurgency warfare that alliance had been engaged in for the past 15 years. It was now preparing for high-end Article 5 combat. “We have skills that we lost” for operations above the brigade level.

In answer to a question, he said Russia is looking at the continuing sanctions imposed by the EU as a possible source of friction among its members that could be exploited to Moscow’s advantage.

Breedlove said he hopes the upcoming NATO Summit in Poland will build on the progress made at its 2014 gathering in Wales. He said he was “amazed at how fast that body came to that conclusion” on the need for unity and support of Article 5 in the treaty. The article calls for collective defense if any member is attacked. “We need to show sustainment” in those commitments, including financial support through the 28 nations’ budgeting processes.

He said NATO “can deter” Russian aggression and it has done so in the past. Breedlove quoted President Barack Obama on the United States’ commitment to defend every inch of territory in the alliance.

As for defense of the nations in NATO that border Russia, “We can defend if we get in front of a problem” with fused intelligence” that can benefit early decision-making in how to respond.

Nations such as Georgia, Ukraine, Moldova and others that border Russia but are not in NATO, remain in a “gray area” when it comes to alliance assistance in times of crisis. He said the alliance supports self-determination for nations and added that Georgia “is a stalwart, well-performing member” of the partnership with NATO.

Among the challenges facing the alliance in addition to Moscow is the flow of terrorists, foreign fighters and legitimate refugees landing on European shores. “We have to address that” and the alliance “is beginning to do that.”

Turkey, a NATO member, is being especially hard pressed by Russia military movements in the Black Sea and the spillover effects of the civil war in Syria.

In the future, Breedlove said NATO with its military skills and the EU with its expertise in judicial and police training and humanitarian assistance need to find ways to work more effectively together in North Africa, the Levant and Syria to reduce tensions there and improve living conditions and economic opportunity.

Breedlove compared working within the alliance to having 28 different cooks making soup, each with their sense of what was needed. “All freely express their ideas as the soup is being made,” but in the end it “is good and nourishing.”