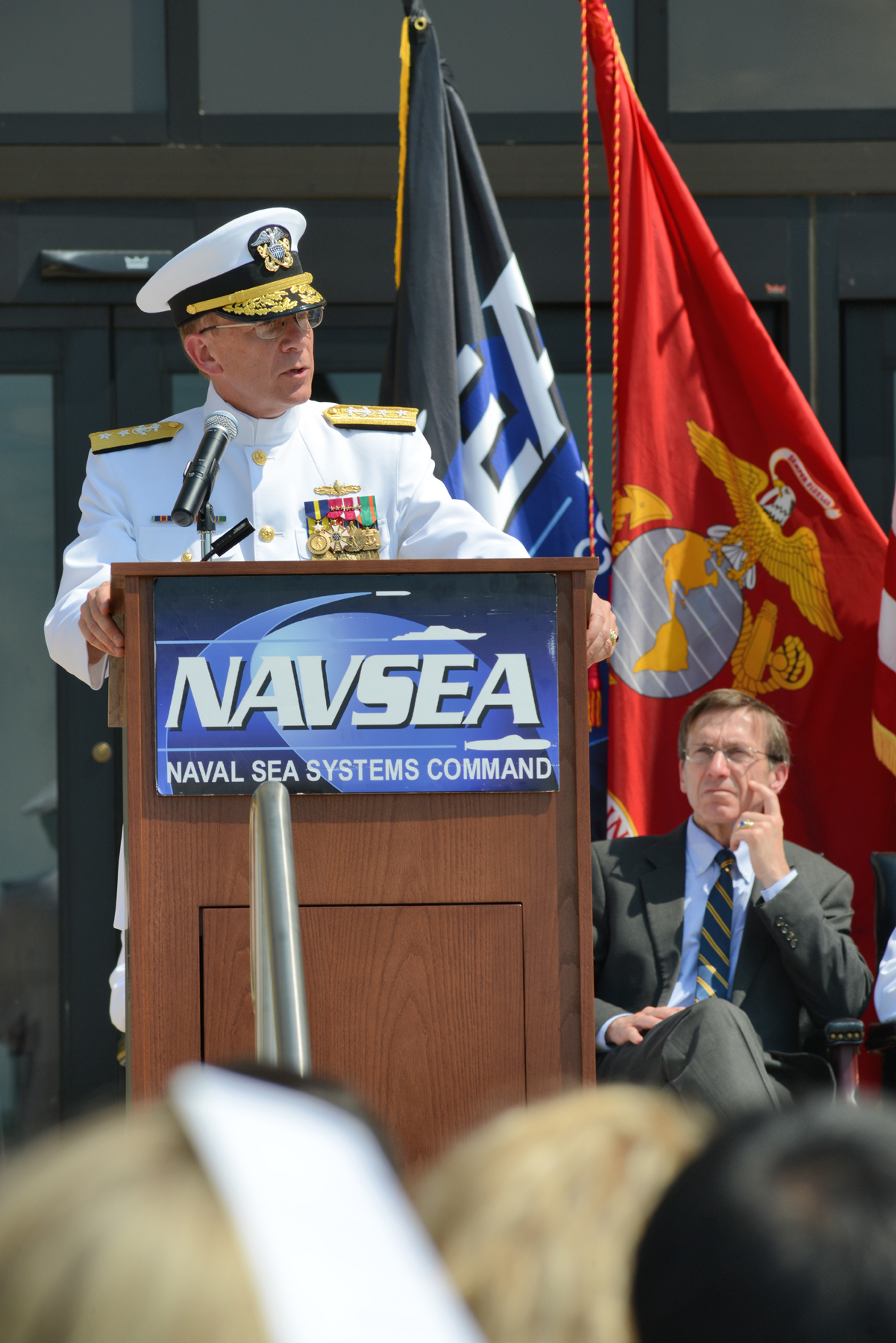 Antonio served as PEO for Littoral Combat Ship since September 2013 and previously served as the major program manager for future aircraft carriers from 2007 to 2011. Antonio also held various ship maintenance, modernization and acquisition roles throughout the Navy in his 33 years in the service.

After having overseen the start of production of the future carrier Gerald R. Ford (CVN-78) as program manager, Antonio will now guide the ship through delivery, commissioning and fleet introduction as PEO. The ship is expected to finish aircraft integration, go through full ship shock trials and then go on a maiden deployment in the coming years, with John F. Kennedy (CVN-79) trailing just a few years behind the first-in-class Ford.

Moore spent his five years at PEO Carriers seeking innovative ways to buy and build the ship to stay within cost caps and schedules. He spoke frequently about pushing work earlier in the build schedule to save time and money, buying in bulk for better pricing and finding ways to create commonality and therefore cost-savings.

Moore also oversaw challenges with new equipment on the carrier – chiefly the Electromagnetic Aircraft Launch System (EMALS) and the Advanced Arresting Gear (AAG). Though the EMALS challenges have been worked out, the Navy still faces problems with the AAG that Antonio will be responsible for resolving. AAG testing is running behind schedule due to a redesign three years ago and will not be completed until after the ship delivers. Lawmakers have also suggested that AAG costs have increased too much in recent years, and some Navy leaders indicated they wouldn’t push back if they were asked to pursue a different aircraft recovery system.

Moore’s five years as PEO make him the longest-tenured PEO, according to a Navy statement. Later this month he will be promoted to vice admiral and will take over as commander of Naval Sea Systems Command (NAVSEA).