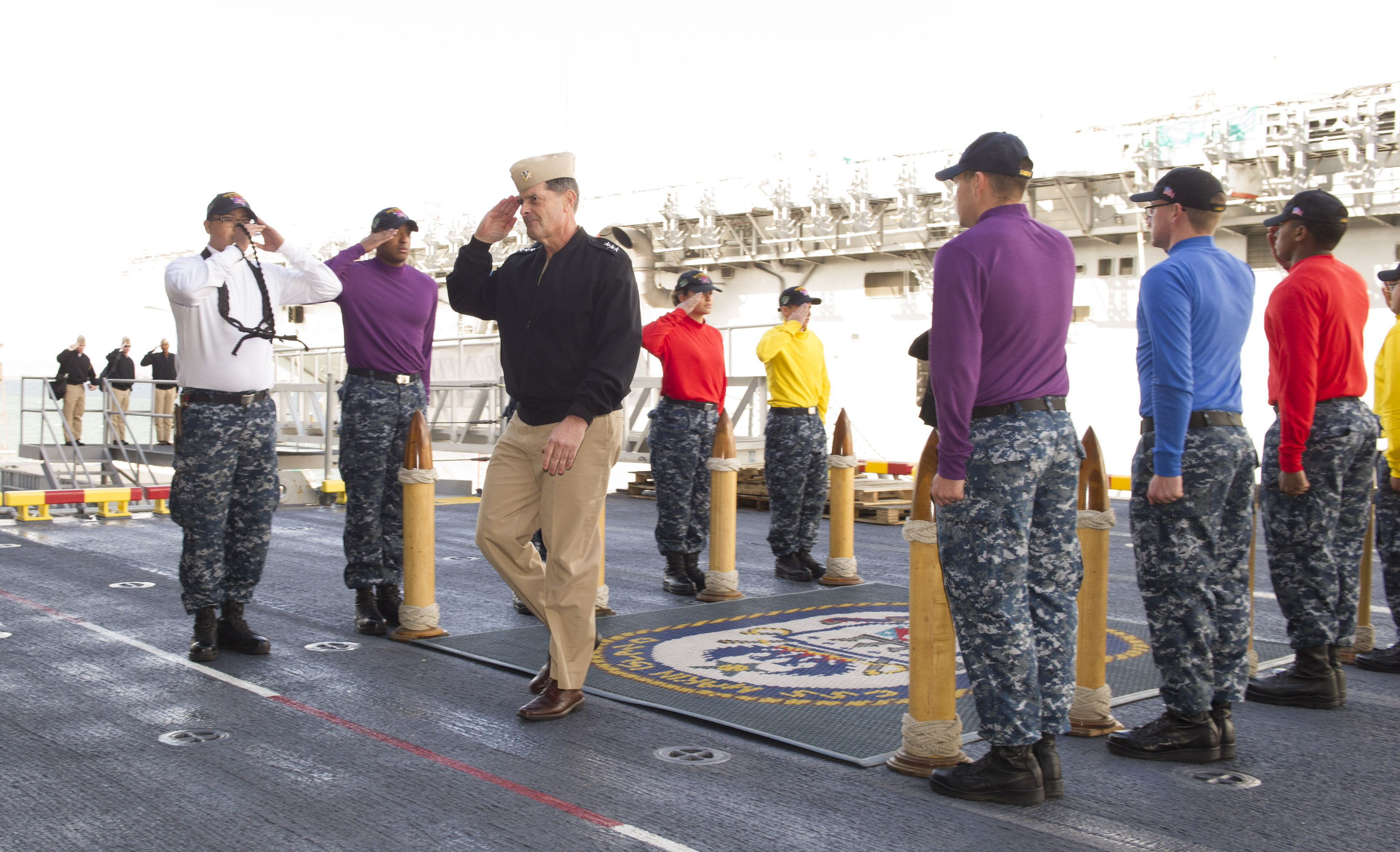 Chief of Naval Personnel, Vice Adm. Bill Moran is piped aboard the amphibious assault ship USS Makin Island (LHD 8) in San Diego on Jan. 7, 2016, where he held an all hands call during his first stop on a Pacific Fleet tour. US Navy photo.

Adm. Bill Moran became the 39th vice chief of naval operations today in an informal change of office ceremony at the Pentagon.

Moran previously served as chief of naval personnel for nearly three years, where he was responsible for planning and programming Navy manpower, training and education.

“Bill Moran is a great leader,” Howard said in the news release. “We’ve known each other since we were captains. He is the perfect person to be VCNO. His performance as chief of naval personnel has really shown that he cares about our sailors.”

Moran was relieved as CNP on Friday, with Vice Adm. Robert Burke taking over that role. Burke previously served as director of the military personnel plans and policies division (N13) under Moran.

“There is no doubt that we are in the midst of a challenging operational and fiscal environment, but I am both excited and honored to be the Navy’s new chief of naval personnel and continue the work that Adm. Moran started,” Burke in a a separate news release about his change of command ceremony.
“I am committed to empowering our sailors, modernizing our personnel policies and operating systems and providing the right training at the right time to our force.”