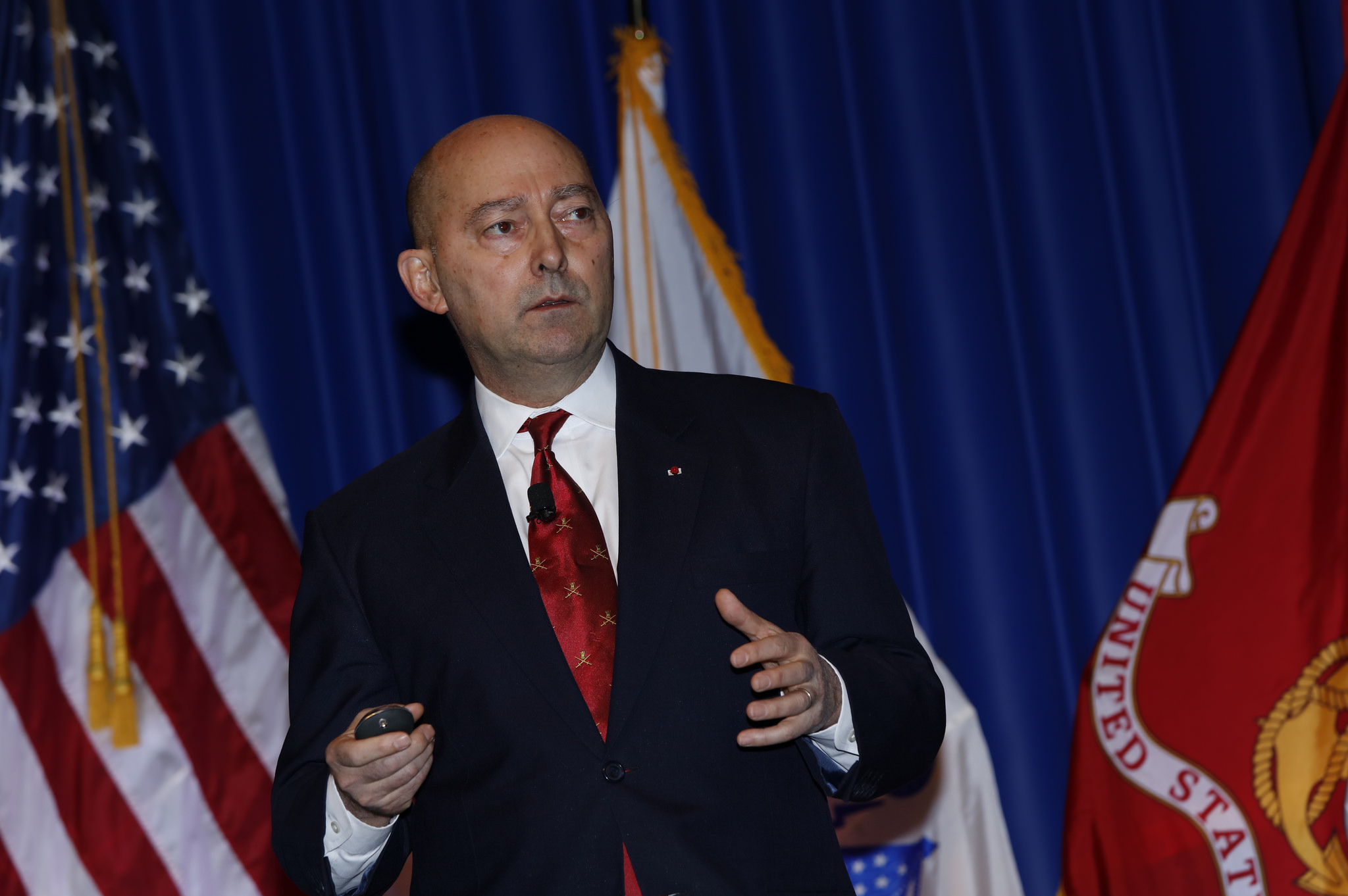 In a good alliance, such as NATO, there is an alignment of values but there are always difficulties that can make working within an alliance frustrating, retired NATO commander Adm. James Stavridis said on Thursday.

“We ought to listen in an alliance” and “our allies need to listen to us” to overcome challenges and solve crises,Stavridis, the dean of the Fletcher School of Law and Diplomacy at Tufts University and chairman of the board of the U.S. Naval Institute, said during a presentation at the Heritage Foundation.

Stavridis said it was important to realize that Europe spends $300 billion on defense while Russia spends about $80 billion and China about $200 billion. The alliance has also been with the United States in Afghanistan, Libya and in counter-piracy operations. There is also the sharing of technology, special forces and other capabilities available under an alliance that probably would not exist under other arrangements between nations.

Nevertheless, “we should pound” on our NATO allies to meet a defense spending goal of two percent of a nation’s Gross Domestic Product (GDP). The United States with global commitments spends about $600 billion on defense and “needs the ability to go it alone” when necessary but increasing allies capabilities is essential.

Looking to alliances in the Pacific, Stavridis said Japan under Prime Minister Shinzo Abe “is going to be more assertive” a change that China already deplores. Tokyo “can and will be very strong with us.” He called upon South Korea to work more closely with the Japanese in ways that would counter North Korea’s nuclear threats and ambitions to build increasingly sophisticated long-range land- and sea-based delivery systems.

Turning to India, although it is plagued by corruption, “shares with us … an enormous and vibrant democracy,” and it is an expanding relationship economically, diplomatically and militarily. He predicted the “big 21st-century move will not be China, but India.”

In the Middle East, Stavridis said the United States needs to balance the concerns of Israel and the Sunni Gulf States, particularly Saudi Arabia, to rein in Iranian’s increasing imperialistic moves in the region. He noted that neither Israel nor Saudi Arabia are treaty allies with the United States but have come to expect their protection. One reason: “We need to view Iran as Iran views itself, an imperial power.”

“Treaties are hard” to pass through a Senate on a two-thirds vote when the political structure is already in gridlock. What has evolved instead has been a series of coalitions to counter specific threats such as the Islamic State or pirates operating off the western African coast. He said a surprising element about coalitions is who joins them, he said. In the anti-piracy effort, China, Russia, Pakistan and Iran have all been involved.

Stavridis said what kept him awake at night as NATO commander and still troubles him today is the threat of a cyber attack. It is something “can be practiced by small nations against large nations,” as was North Korea’s on Sony Entertainment that cost the company $220 million and toppled its corporate leaders following the disclosure of personal emails. He cited Russia’s temporary crippling of the electrical grid in Ukraine and earlier cyber attacks on Georgia, Lithuania, Estonia and Lithuania as instances of how a major power can use cyber to get its way.

In answer to a question, he said, “We do not have a definition of an attack in cyber” in the United States of NATO. He said the first step is to define what is an “attack” rather than hacking or criminal activity such as the recent theft of $81 million from the central bank of Bangladesh when it was making what it believed to be a routine transfer of funds from one financial institution to another.

Stavridis said to his mind that the actions North Korea took against Sony Entertainment constituted an attack, but the incursion of electronic files in the Office of Management and Budget did not pass that threshold.

He added that he was surprised that France following the terrorist attack in Paris that left more than 130 persons dead did not invoke the NATO alliance for help but used its membership in the European Union to respond. “It underplays the NATO alliance,” he said.

Looking at threat from the Islamic State with its plans for a caliphate stretching from Spain to the Indian subcontinent, Stavridis said, “This is terrorist 3.0 at least” with its attacks not only in Paris and Belgium, but Lebanon, the downing of a Russian jetliner over the Sinai Peninsula and possibly in the destruction of an Egypt Air Flight from Paris to Cairo.